“It is all done and you are the Lady of Hughenden”, Benjamin Disraeli told his wife in September 1848 after the purchase of their Buckinghamshire manor and estate was complete. Surrounded by woodland in the heart of the Chilterns, it was here that they would enjoy peace and […]

Buildings aren’t all they seem in Wroclaw’s central squares. These colourful painted structures in Poland’s fourth largest city appear as if they’ve been here for centuries, but looks can be deceiving – some are skilful re-constructions. Until 1945 Wroclaw (previously known as Breslau) was part of Germany and […] 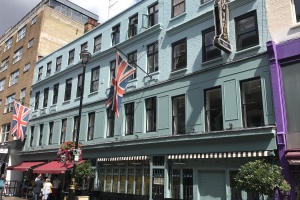 Marking Marx: How a radical dreamer and an industrialist created the communist world

“I’m going to drink a pint in every pub on Tottenham Court Road,” said Karl Marx, eyeing up the 18 establishments he would visit on his night out. With his friend and double act Friedrich Engels, they got blindingly drunk, stealing a gate from a local church and […] 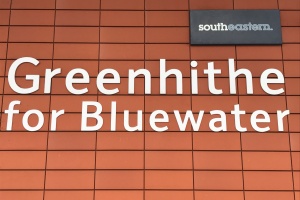 Greenhithe and Sir John Franklin’s fateful expedition into the unknown

Arriving at ‘Greenhithe for Bluewater’ you could be forgiven for thinking that this station on the Kent side of the Thames estuary provides access to the sprawling shopping centre and nothing more. As soon as you get off the train, successive signs usher you to shuttle buses that […]