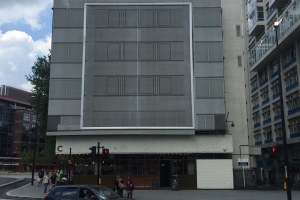 Computer generated images showing residents enjoying bird’s eye views across London from a leafy roof garden set on top of a skyscraper is not unusual for marketing material in a city where architects and developers race to win over wealthy homebuyers with their glitzy projects. Toblerone Towers – […]

“Don’t run away with the idea that the Festival of Britain is going to be solemn,” wrote the newspaper editor Gerald Barry in early 1951. “Not a bit of it. It will afford us all the opportunity, as occasion allows, for some harmless jollification. After more than a […]

Can Thamesmead finally silence the critics? – an experiment in housing developments

Standing on a raised gravelled bank a short walk from Plumstead station, the views in front of me could hardly be described as picturesque. Looking in one direction I could see some Southeastern trains parked up in their sidings, while looking the other way there was an expanse […] 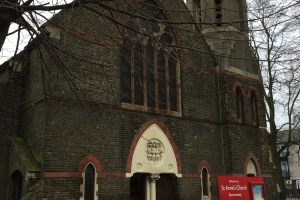 Surviving the bulldozer – the changing face of Bermondsey’s Reverdy Road

In an area of London where so many buildings have been flattened and replaced by new homes, Reverdy Road and Alma Grove come as pleasant surprises. Just a few minutes walk from busy Old Kent Road, you find these parallel streets of well-looked after Victorian two-storey, terraced houses […]