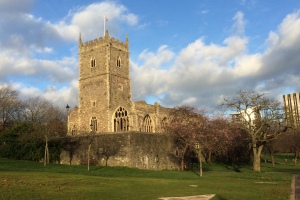 Up in smoke: Tracing the rise and fall of Bristol’s tobacco industry as seen through its buildings

Bedminster without the tobacco industry would have been like London without its port or Nottingham without lace. At its peak some 13,000 people were directly employed by the trade in this inner Bristol suburb. But many other related businesses and their employees benefitted indirectly from tobacco manufacturing in […]

Take plenty of pictures if you visit Gdansk Shipyard anytime soon: change is in the air. Exploring this once-bustling industrial district on Poland’s Baltic coast, there were a few large vessels lying in dock and cranes towered on the horizon when we visited. But given that most of […]

Fascinating as Cromer is as a place to explore in its own right, it really pays to venture from the centre and enjoy a stroll along the cliff tops. The town sits at the eastern end of the Norfolk Coast Path, a 47-mile waymarked trail stretching all the […] 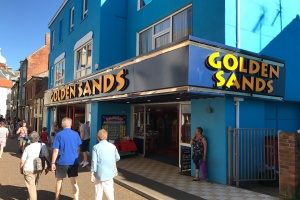 Of all the ways of describing Cromer’s busy sea front, refined is probably not one of them. The main streets nearest the coast are lined with amusement arcades, fish & chip shops and bric-a-brac souvenir shops. To top it all, just beyond the boating lake and crazy golf, […]

These days Birmingham and Manchester battle it out to be England’s second most important city, but from medieval times to the 18th century it was Norwich that was the runner-up to London. Cloth was the industry that made this place famous and weavers’ work was brought here from […]