Back in Bristol for Christmas, it’s fascinating to see how much the city I was born in has changed and how much hasn’t. Bars, pubs, restaurants and shops I once frequented have disappeared – either replaced by new businesses or now boarded up. Bristol, like other parts of […]

Do they know it’s Christmas time? Sadly not all Londoners will experience the festive joy

Traipsing down Oxford Street on Friday evening I grew increasingly frustrated that shop after shop had sold out of Christmas jumpers. Staff at some of the high street’s biggest name stores and independents alike said that they had been “overrun” with people buying these “must-have” accessories for their […]

Why is it that in such a bustling city as London, do we, Londoners, and visitors alike make such an effort to get out to discover the ‘undiscovered’ and ‘unseen’? Thousands of us take the Tube and visit Underground stations every day, yet tours of so-called ‘ghost’ (disused) […] 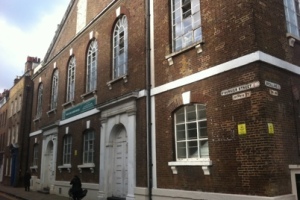 ‘We are shadows’ – the changing face of Spitalfields (part three)

Ask a Londoner where the spiritual home of the curry is in the capital and, more likely than not, they’ll tell you to head to Brick Lane, just east of Liverpool Street station. And while you could argue as to whether the restaurants on this stretch serve the […]

‘We are shadows’ – the changing face of Spitalfields (part two)

Walking past the Beigel Shop in Brick Lane is a real treat. Whatever time of day (or night) it is you can’t fail to notice the wonderful smell of freshly baked bread oozing out. Inside, you get a real mix of people, from City workers to tourists, enjoying […]

‘We are shadows’ – the changing face of Spitalfields (part one)

If there’s one building that tells the Spitalfields story, it’s the Jamme Masjid Mosque on Brick Lane. Although only a Muslim house of prayer since 1976, it’s been a place of worship for major faiths – Christianity, Judaism and Islam – for some 250 years. The successive uses […]

There’s nothing that exciting about Canary Wharf’s soulless shopping malls and office complexes. Hosting corporate entities ranging from Starbucks and Costa Coffee to HMV and Topshop, you could be in any number of places in Britain, if not the world. And despite the wonderful river views, and the […]