Victorian splendour nearly lost for ever

Travelling across Britain I’m always alarmed when I come across accounts of how places of national historical or archaeological importance could have been lost forever. Splendid buildings like St Pancras Station and over two thirds of Covent Garden, for example, would have been destroyed by developers had campaigners not fought hard against the bulldozer.

At the weekend, as part of Open House London, thousands braved the bad weather to celebrate the wonderful historic and contemporary places that are important to this day. I visited for example the Rose Theatre on Bankside, an archaeological site that has taught us more about playhouses in early modern England than anywhere else, and also the traces of the west gate at the Roman Fort near the Museum of London, once home to a thousand soldiers. And, as I blogged yesterday, I also explored the fascinating World’s End estate off the King’s Road.

But somewhere that particularly enthused me over the weekend was the Foreign and Commonwealth Office in Westminster. As the pictures below demonstrate the rooms carry a genuine air of opulence, with lavish ceilings and wonderful carvings on the walls.

It was originally built as two entities; there was the building housing the Foreign Office (designed by George Gilbert Scott, who was also responsible for the Albert Memorial in Kensington and the Midland Hotel at St Pancras station) and the India Office (with interiors designed by Mathew Digby, the exteriors by Gilbert Scott).

Despite being filled with numerous hideous pop up stands and stalls attempting to ‘sell’ to Open House London visitors Britain’s trade role and commitment to overseas investment, I really enjoyed walking through Dunbar Court. Once at the heart of the former India Office, it has a wonderful glass roof (following a design that the architect had employed at Crystal Palace) and small busts with important figures from Anglo-Indian history. 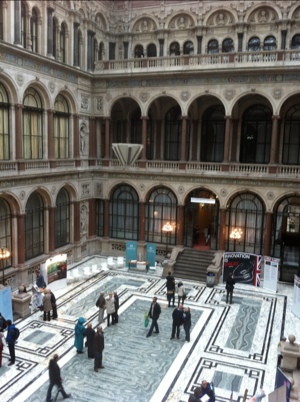 Other highlights in this part of the complex include the lavish India Office Council Chamber, where the Secretary of State for India and council met from 1868 to 1947.

It was when I entered the so-called Locarno Suite (in what has always been the Foreign Office) that I was alarmed at the destruction that could have been. When office space was in short supply these grand rooms were broken up, the original interiors plastered over and false ceilings put in place so that cubicles could be added. But in the 1960s there were plans to demolish the whole of the Foreign Office in the name of progress. The accommodation was just not suitable for modern requirements it was argued.

Luckily campaigners, and awarding the site with Grade II listed status, thwarted those plans and so this architectural gem survives today. A renovation programme launched in the 1980s and completed in 1997 has returned the interiors to their former glory. 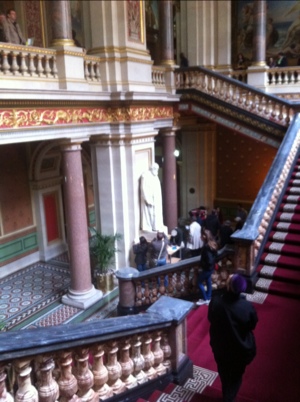 Locarno Suite: the wonderful interiors that were covered up for many years. 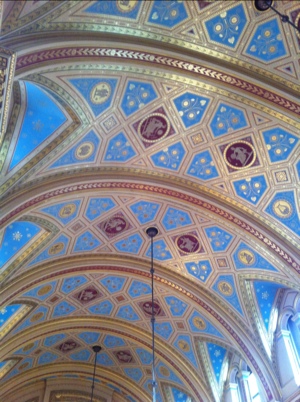 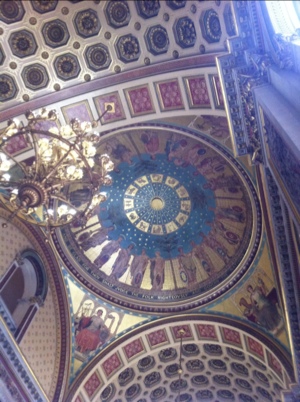 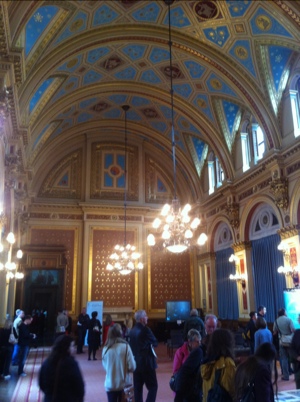