For centuries London’s cattle market was Smithfield on the eastern fringes of the City. Drovers brought animals down what is today the A1, which incorporates Holloway Road and Upper Street in Islington, on long journeys from Scotland and the north of England. The animals would then often be fattened up in fields on the outskirts of the urban area of the capital so they could get the highest possible price at market. 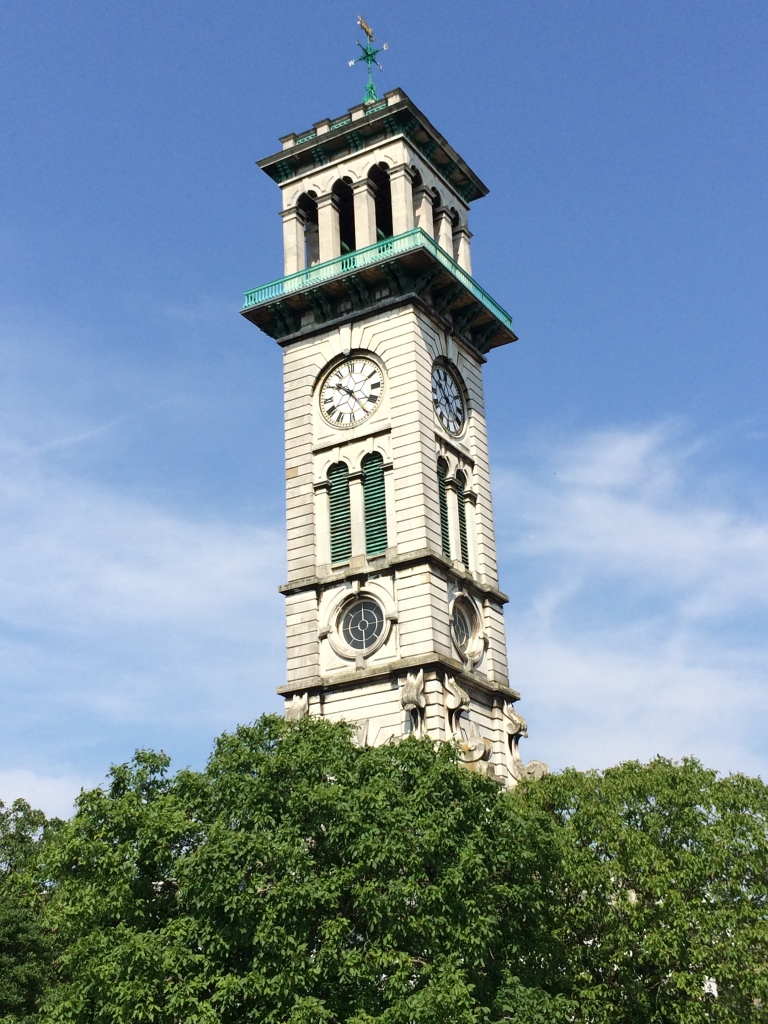 As London grew and became more built-up, animals driven through the streets of Islington were regarded as a nuisance. By the Victorian era, with reports of unhygienic conditions and poor treatment of cattle at Smithfield campaigners began to intensify their calls for the livestock market to be re-located outside the city. Thomas Maslen’s view of the market in 1843 is in keeping with the opinions of many at the time:

“Of all the horrid abominations with which London has been cursed, there is not one that can come up to that disgusting place, West Smithfield Market, for cruelty, filth, effluvia, pestilence, impiety, horrid language, danger, disgusting and shuddering sights, and every obnoxious item that can be imagined; and this abomination is suffered to continue year after year, from generation to generation, in the very heart of the most Christian and most polished city in the world.”

Petitions were signed by everyone from bankers and traders to local residents and aldermen. And even Dickens criticised the state of Smithfield in his 1851 essay A Monument of a French Folly.

With the passing of an Act of Parliament in 1852 the decision was taken to construct a new cattle-field on Copenhagen Fields, then distinctly rural, but now a densely populated, residential area off Caledonian Road. The Metropolitan Cattle Market (later known simply as Caledonian Market) was designed by the Corporation’s architect James Bunstone Bunning and opened in 1855 on a 75-acre site. Smithfield would later become a new meat market, rather than a place where live animals were sold.

What made the Islington site particularly attractive was that it was within easy reach of the newly opened Great Northern Railway and North London Railway. Good transport connections were essential given how busy the venture would become. George Birch, wrote in the Descriptive Album of London (c. 1896) that it was “an immense emporium for the sale of sheep, cows, pigs, and calves, formerly held in Smithfield. The market days are Mondays and Thursdays, and great numbers of animals are exhibited for sale, especially on Mondays, when they sometimes number over 15,700.” And as the Morning Chronicle noted in a June 1855 account about the market’s opening day conditions were much improved compared to Smithfield:

“The accommodation for each animal will be much larger, and thus will be removed one of the great defects of the old market – a defect not only tending to deteriorate the quality of the meat we when brought to market, but also to the infliction of the most cruel suffering upon the inoffensive e animals which were subjected to it. In Smithfield there was only a nominal space of from 1 foot 6 inches to 1 foot 8 inches for each bullock; in the new market there will be an actual space of 2 feet for each animal – amply sufficient to allow him to stand easily, and to be handled, though not to lie down.”

Anyone who’s been to this corner of Islington will know that there is no longer a market on Copenhagen Fields; it’s now an attractive park with woodland areas around the edge and, across a road, tennis courts. In the early 20th century, as better storage and refrigeration facilities allowed the trade in live animals to move away from London, a bric-a-brac market was established (which after the Second World War moved to Bermondsey). The markets in Copenhagen Fields finally closed in 1963 after years of considerable decline and later the new park was opened. More recently apartment blocks have been built around the green area. But traces of the old Metropolitan Cattle Market remain, not least a 46-metre high white clock tower which can be seen for miles around and is a listed building.

Surrounding this structure used to be the offices of the clerk and other officials (where there was an “accurate account of the number of cattle and other stock on sale” posted on the wall, according to the Morning Chronicle), plus the stalls and pens for cattle sheep and pigs. The newspaper also noted that “the whole of the market is surrounded by an exceedingly handsome iron railing; the standards are of a design at once appropriate and elegant, and the shafts are surmounted with the heads of bullocks, in pigs, sheep, or calves, according to the part of the market which the palisades enclose.” While the animal heads have gone, the railings remain.

When the site operated as a market, visitors enjoyed accommodation and entertainment in large public houses at each of the site’s four corners: The Lion, The Lamb, The White Horse and The Black Bull. Today, three of the four buildings remain, although they are no longer licensed premises; they are now used for residential accommodation. Back in the day there was an attempt to control the drunkenness of cattle drovers, as the 1855 Morning Chronicle article noted: “It ought not to be forgotten that the corporation, not unmindful of the change which has of recent years taken place in the habits of these men and of the drovers, has made it an express condition in the leases that coffee as well as intoxicating drinks shall be supplied on reasonable terms.”

Once a public house used by patrons of Metropolitan Cattle Market

While the market spread across the 75-acre site over the years, a contemporary account also described how it led to the expansion of the general area. What was once rural grew to become somewhere that was much more urban and developed:

“Where before were green meadows, are now houses and inns; and by the erection of this great work, the whole character of the suburb has been changed. Quiet and semi-rural, Kentish Town was heretofore a favourite retreat of the toilworn City clerk or Government employs, who sought here repose and change of scene after his day’s work. It might be taken, if not as the u seat of the aurea mediocrilus on which the Roman is poet dwells so fondly, at least of so much thereof is attainable within a four penny fare from the Bank. But, like all sublunary things, the retirement of Kentish Town is destined to change. Into the midst of its eminently respectable seclusion, streets, evidently destined to the accommodation of the transient drover, are rapidly being intruded, and taverns are fast rising, where ere long the uncouth sounds of hearty northern dialects will mingle with the more subdued southern my tones.”

But while some may have grumbled about the new market, Prince Albert who officially opened it in 1855 was much more positive. In a speech to a distinguished audience he commented it was “a work which lot only deserves admiration in itself on account of the excellence of the arrangements, and the magnificence of the design, but which, will I trust, be found eminently conducive to the comfort and health of the city of London.” He said any opposition “arising from such causes will soon cease, and the farmers will doubtless only learn to appreciate the boon thus conferred upon the by the London Corporation….”

The opening day itself was a lavish affair, with his Royal Highness among 1,700 guests “seated at cross tables, ready to partake of a dejeuner” in a specially erected marquee on what is now the park. During his visit, Prince Albert was also apparently particularly enthused to enter the Electric Telegraph Company offices (which were based in the clock tower) and find the machines were working so he could send a message to the British army in Crimea. “This was accordingly done, and the answer was actually received before his Royal Highness left the hospitable board of the corporation,” reported the Morning Chronicle. The paper described the day:

“From all the new inns, whether in the market itself or in the immediate precincts, flags and banners waved in great profusion, while their windows were crowded d with eager spectators. The two new inns in the market itself were appropriated to the accommodation of ladies, to whom tickets of admission were issued by the civic authorities. As many as 400 of the fairer sex were thus accommodated, nor is it necessary to add that the municipal hospitality was also extended to their provision with suitable a refreshments….. On flagstaffs round the marquee were suspended the heads and horns of beasts and the fleeces of sheep, the arms of each county, and a peaceful trophy, we may call it, of agricultural implements.”

Today, the market lives on but only in name. New Caledonian Market is an antiques market in Bermondsey Square, south of the Thames. The old market site in Islington is now the very pleasant Caledonian Park and sports pitches. Bar the clock tower, railings and surviving public house buildings, there are few reminders of what the site used to be. Sitting on a bench reading the paper on a Saturday morning, with barely another soul in the park, it seems strange to think this was once a bustling enterprise that Prince Albert launched with such a lavish dinner.