For the Evening Standard Canonbury Square was, in the 1950s, “London’s most beautiful square”. But not everyone at the time would have agreed, turning their noses up at the prospect of living in what are today pleasant Georgian-built terraces facing onto communal gardens. The area then was dirty, inhabited by what would have been considered the wrong sort of people and many of the homes would have looked shabby.

Yet just a few decades later Canonbury would be one of the first parts of Islington to be gentrified, helped by the opening of the Victoria line in the 1970s. Properties bought for less than £20,000 when the area – roughly occupying the triangle within Upper Street, St Paul’s Road and Essex Road – was at its lowest were soon worth five times that amount after renovation work had been carried. Now homes here go for several million pounds.

In fact, there is currently a five bedroom, five bathroom “magnificent, five floored, three window wide Georgian house” overlooking the gated area of pleasant greenery on the market for £5,750,000. The selling agents add that it “has been subject to a beautiful restoration and refurbishment, with no expense spared to sympathetically blend an authentic period style finish with high quality modern fittings” and that it boasts “a commanding and extremely light, three window wide Drawing room overlooking the Square”.

I’ve now hopped over the river to live in Southeast London, but for many years I was an Islington resident and yet I didn’t really get to know Canonbury. And that’s true for a lot of north Londoners – it’s just a few minutes walk away from bustling Upper Street, yet it feels like another world. Canonbury is a fascinating and mostly peaceful enclave of beautifully preserved Georgian buildings that deserves to be discovered.

I began my exploration of Canonbury at Canonbury Tower. The name ‘Canonbury’ comes from Canon’s Burgh, a reference to the canons of St Bartholomew which took possession of the land in the 13th century. And it is one of the Priors (named Bolton) from St Batholomew’s Priory in Smithfield (now St Bartholomew’s Hospital) that elected to construct Canonbury House as a summer retreat in 1509, although it is also said to have Roman origins.

After passing to the Crown following the dissolution of the monasteries in the 16th century, it was given to Henry VIII’s loyal servant Thomas Cromwell (he wrote a letter from the tower in 1535), then it was presented to Anne of Cleaves as part of her dowry, before being sold to Sir John Spencer – then Lord Mayor of London. And in 1616 it became the home of Sir Francis Bacon, who some have suggested had a legitimate claim to the English throne because he was believed to have been the illegitimate son of Elizabeth I.

James Boswell later wrote, in 1763, that he “walked out to Islington to Canonbury House, a curious old monastic building now let out in lodgings”. At the time it was home to the novelist and dramatist Oliver Goldsmith, who spent two years here hiding from his creditors.

John Dawes, a stockbroker, demolished a number of the buildings to the south of the tower in the 1770s and built the new Canonbury House (he was also responsible for constructing the tower) as well as Canonbury Place, having leased the land from the Marquess of Northampton. The row of elegant properties remain and have over the years boasted a number of famous residents, including Basil Spence who designed the postwar Coventry Cathedral and Weedon Grossmith, co-author of The Diary of a Nobody.

As for Canonbury Tower, it was a residence for numerous people over the years before the Tower Theatre company took on a long lease for the property in 1952. After some five decades, the group moved out and now performs at other venues in the capital. And today, after a number of years of being closed to the public, Clerkenwell and Islington Guides lead monthly tours of the property, which retains oak-panelled rooms. Sadly, for those that work office hours, these usually seem to be a weekday.

Just around the corner from Canonbury Tower is Canonbury Square, where Henry Leroux (who also designed Crompton Terrace and Union Chapel) started building on land owned by the aforementioned Marquess of Northampton in 1805. But the development was spoiled some five years later when North Road (now Canonbury Road) was built, which dissuaded the very wealthy from moving in and bankrupted Leroux. The gardens in the centre were completed by the 1840s and were opened to the public in the 1884 (four years later they were given over to Islington council).

In the 1940s and 1950s the writing appeared to be on the wall for Canonbury Square and its properties when it was decided to split the gardens into two, so that a road could be built through the middle (don’t forget, North Road was already here as well). Unfortunately that road is still in place and too many cars for my liking trundle through what seems otherwise to be a very peaceful neighbourhood. That said, on a sunny autumn day it a lovely place to sit and get away from the Upper Street crowds.

Canonbury Square has attracted numerous famous figures from the arts and literary world, including Duncan Grant, Vanessa Ball, Evelyn Waugh and Samuel Phelps. The novelist and essayist George Orwell also lived here between 1944 and 1947 (a new plaque has recently been added by the Canonbury Society as the information previously displayed was incorrect) at a time when the area was considered shabby, not least because German bombs had hit here.

And it was while living in Canonbury that Orwell began writing 1984, as well as filing a now famous article for the Evening Standard describing his idea of a perfect pub. “My favourite public-house, the Moon Under Water, is only two minutes from a bus stop, but it is on a side-street, and drunks and rowdies never seem to find their way there, even on a Saturday night,” he noted. “Its clientele, though fairly large, consists mostly of ‘regulars’ who occupy the same chair every evening and are there for conversation as much as for the beer”.

In the Moon Under Water it was “always quiet enough to talk”, while “the barmaids know most of their customers by name, and take a personal interest in everyone” and they served draught stout. But the “great surprise” was the large beer garden, with “plane trees, under which there are little green tables with iron chairs round them” and “swings and a chute for the children”.

The Moon Under Water didn’t actually exist; Orwell was merely setting out what he believed were the key elements of a good pub were. But perhaps he describing one of the pubs in his neighbourhood? Even though I don’t know Canonbury that well, I have been to a couple of its pubs before. The Snooty Fox, for example, has to be one of my favourites in London, with great beers (it’s included in Camra 2016 good beer guide), friendly staff and it serves one of the best Sunday roasts in London (not that Orwell would approve of enjoying such substantial food; for him, pubs were for drinking).

And the Canonbury Tavern – now a Young’s pub – has a history stretching back to the early 18th century. It acquired a bowling green and trapball ground, and also provided a butt for local militia volunteers to fire at, before being re-built in 1846. The top floor was lost following a fire in the early 20th century (there is a staircase that leads to nowhere as a result) and the pub claims that Orwell wrote part of 1984 while sitting under the tree in the garden here.

As I have written before, Islington is a borough of contrasts and Canonbury is no exception. Just a stone’s throw from multi-million pound homes which are lived in by famous and wealthy residents such as the actress Keira Knightley is the notorious Marquess Estate. Completed in 1976 over an area of 26 acres, if you see it mentioned in the news it is probably for the wrong reasons. Last year an innocent teenager was stabbed to death, having been apparently caught in a turf war between rival gangs.

The architecture of the Marquess Estate is of course very different from that of the rows of Georgian-terraced properties that remain intact in Canonbury. But if some had their way many of the latter could have been wiped away in recent decades not by the Nazis, but mindless re-development. Barry Scott was a prominent resident who led a campaign to stop the Marquess of Northampton from demolishing historic buildings and replacing them with brutalist buildings that would be very Barbican-esque.

Yes, it’s true that many people would never be able to afford even a broom cupboard in Canonbury, but I think it’s still wonderful that Canonbury has been preserved by and large how it was built. Even if ordinary Londoners can’t have homes here, everyone can enjoy Canonbury Square and walk the neighbouring streets that boast such wonderful Georgian architecture. 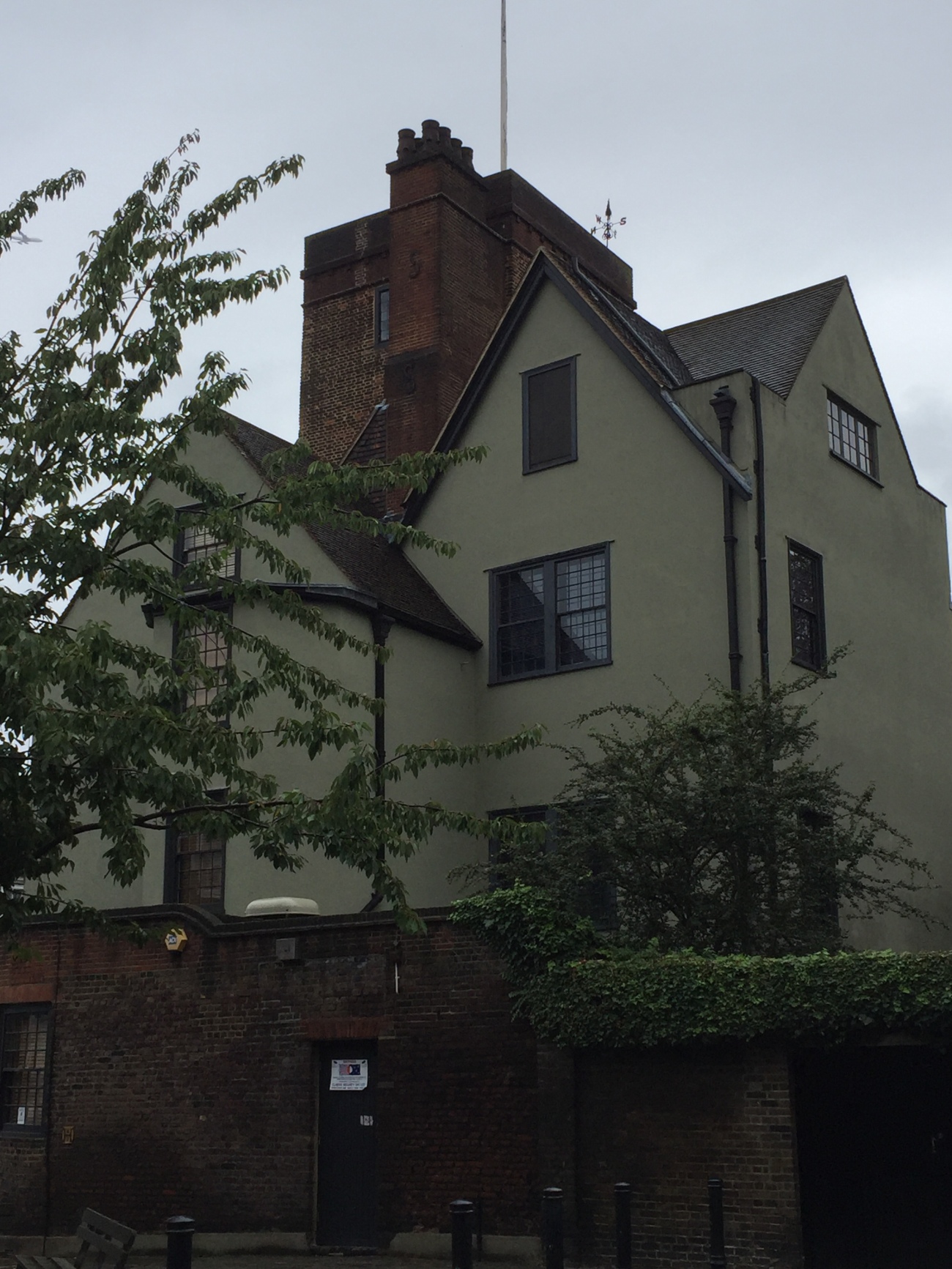 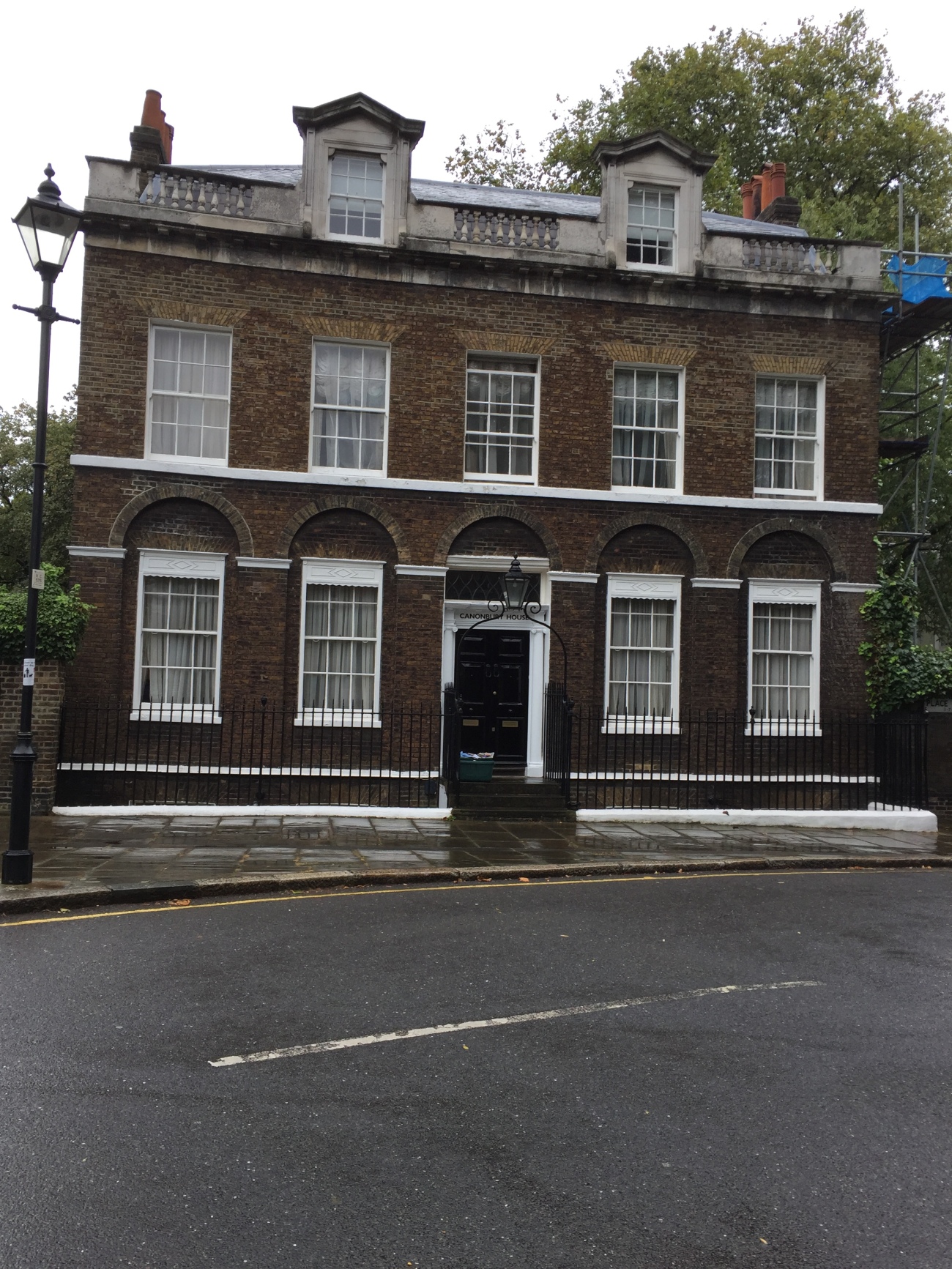 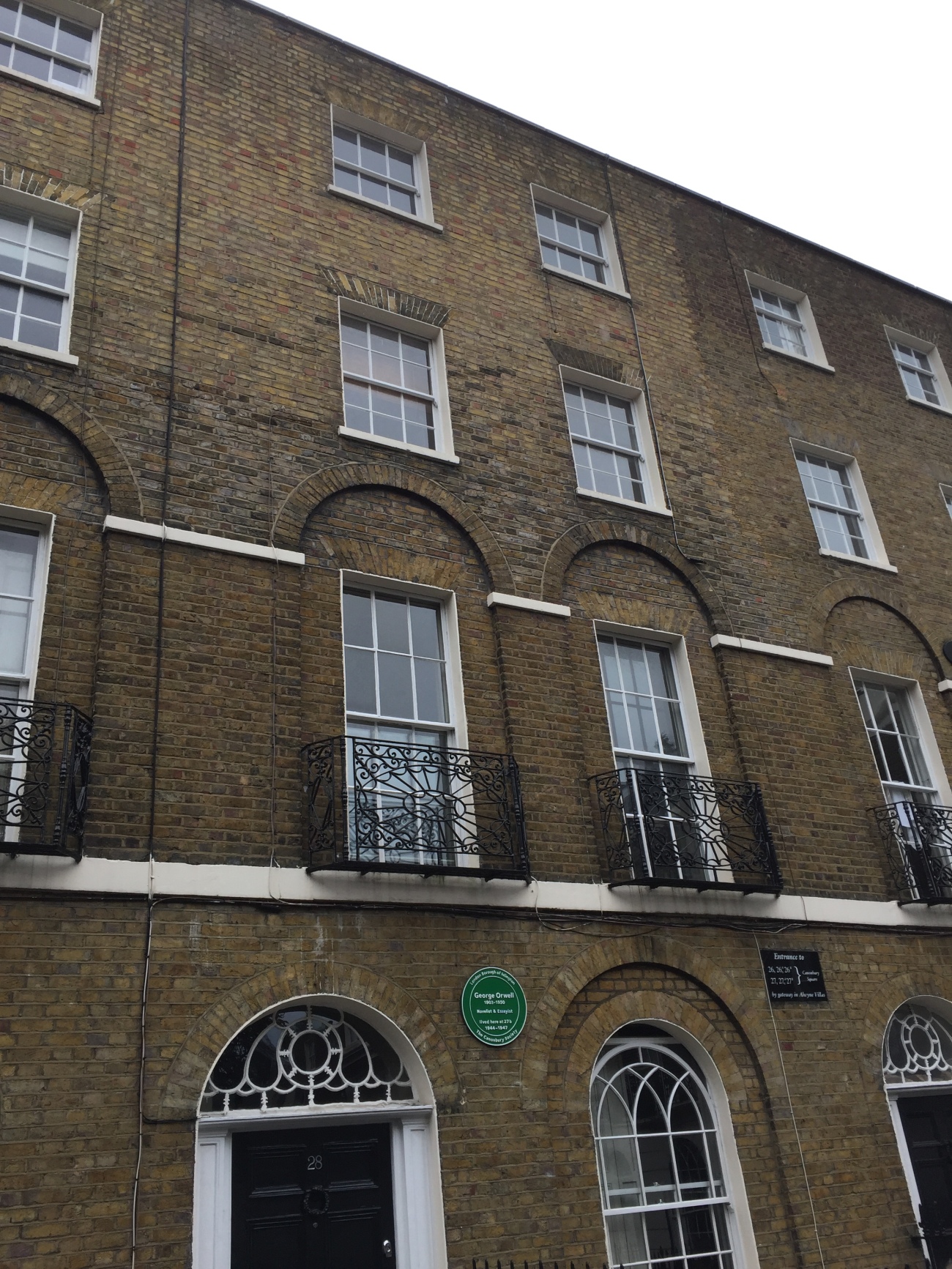