On the streets of Yangon people go about their lives as normal. They enjoy the nightclubs, they visit new shopping malls and eat in new trendy restaurants. The streets are clogged with traffic as people drive in their cars to work.

This is all in stark contrast with the uncomfortable and terrifying scenes playing out on the other side Burma (officially now known as Myanmar), where about 700,000 Muslim Rohingya have fled to squalid refugee camps in Bangladesh following reports of extreme violence by Burma’s military. Pictures of desperate men, women and children making perilous crossings across the water in overcrowded boats have filled our TV screens in recent months.

The United Nations has said the actions of Burma’s military, which was accused of collaborating with Buddhist vigilantes, amount to a “textbook example of ethnic cleansing.” It cited considerable evidence of rape and murder by soldiers and that the Rohingya’s villages in Rakhine State – an independent state until it was conquered by Burma in 1784 – had been burned to the ground. In a piece launching its Christmas appeal, the Sunday Times described how a 13-year-old boy lost his arm when a mob opened fire indiscriminately in his community.

While President Trump didn’t mention the crisis during his 12 day visit to Burma last November, US secretary of state Rex Tillerson said it was “deeply concerned by credible reports of widespread atrocities” and demanded the government allow independent investigators access. The Pope spoke of “the persecution of our Rohingya brothers and sisters” during address in St Peter’s Square last August (although avoided even mentioning the word ‘Rohingya’ in a speech when he was on a visit to Burma).

But when Burma’s military published last November its own investigation, it said allegations of murder, rape, arson and ethnic cleansing by soldiers was nothing more than “made-up news.”

“Security forces did not commit shooting at innocent villagers and sexual violence and rape cases against women,” the report said, supposedly drawing on 2,000 interviews with Rohingya. “They did not arrest, beat and kill the villagers. They did not totally destroy, rob and take property, gold and silver wares, vehicles and animals…. They did not set fire to the mosques.”

And Senior General Min Aung Hlaing, according to an account on his Facebook page last November, denied that there is any “religious discrimination in Myanmar as the country ensures religious freedom.” The Burmese army did, however, subsequently confess to murdering Rohingya.

Much of the anger for the crisis has been directed towards Burma’s de facto leader Aung San Suu Kyi, the Nobel laureate, who entered government into 2015 in a landslide election after most of the previous two decades under house arrest. Suu was last year formally stripped of the Freedom of the City of Oxford award, which she received in 1997, over her virtual silence on the repression of her country’s Rohingya Muslims. The authority voted unanimously to permanently remove the honour and said it did not want to celebrate “those who turn a blind eye to violence”.

It followed musician Bob Geldof returning his Freedom of the City of Dublin award, which Suu also held, as a protest for her handing of the crisis. He said she “has become at best an accomplice to murder” and “one of the great ethnic cleansers of our planet.”

When Suu spoke to the BBC in a rare interview last April she recognised “there is a lot of hostility” in Rakhine State, but suggested that the situation was more complicated than some have suggested, with “Muslims killing Muslims as well.” She also believed that ethnic cleansing was “too strong” a term to use. As for those who have fled to Bangladesh, Suu said: “If they come back they will be safe. It is up for them to decide, some have come back. We welcome them and we will welcome them back.”

Rise in attacks against the Rohingyas

The current crisis was sparked by claims by the Burmese military that border posts were attacked by the Arakan Rohingya Salvation Army last August. Just this month the militant group acknowledged that they have no option but to fight against the regime to protect Rohingyas’ rights.

While the crisis has been filling the pages of newspapers on a daily basis in recent months, some journalists have been reporting on the story for much longer. Back in 2012, the New York Times accused Suu of “ducking” questions about the Rohingya. In the same year a blogger called Roland Watson described her as “the worst person in Burma” because “while she isn’t raping and killing people herself, she is nevertheless directly responsible for the carnage because she is the only person in Burma who has the ability to stop it, or at a minimum to reduce its scale.”

And the most recent Sunday Times Christmas appeal referenced a visit to the region by the late AA Gill in 2014 for their magazine. “The most widespread abuses are perpetrated by the military and the judiciary,” he wrote then. “It is, though, pretty much ignored by the rest of us. Not only is this the worst, it is the least known and reported pogrom today.”

“Compared with all the other degrading and murderous bullying on Earth, this has one startling and contrary ingredient: the Rohingya are Muslim, the Burmese are Buddhist,” AA Gill wrote. “The gravest, cruellest state-sponsored persecution of any people anywhere is being practised by pacifist Buddhists on jihadi-mad, sharia-loving Muslims. It doesn’t really fit in with the received wisdom of how the world works.”

Several commentators have have suggested the decision not to speak up for the Rohingyas is deliberate. “Politically, Aung San Suu Kyi has absolutely nothing to gain from opening her mouth on this… She’s a politician, and her eyes are fixed on the prize, which is the 2015 Buddhist majority vote,” suggested the dissident and academic Dr Maung Zarni ahead of the landmark elections which swept her political party to power.

But when she has been asked directly about the Rohingyas in interviews things have got quite heated. The journalist Peter Popham claimed in his book, the Lady and the Generals that, after a tense 2013 interview with the BBC’s Mishal Hussain, she was heard saying: “No one told me I was going to be interviewed by a Muslim.”

While Burma recognises more than 100 other cultural, racial and religious minorities, this does not extend to the Rohingyas. To the government they are illegal Bengali immigrants from Bangladesh.

Rohingyas have been in Burma since at least colonial times when many crossed over from India in search of work. During British rule there was no border between what is today separate countries and arable land was granted to Muslim landlords on long leases.

Whether the Rohingyas were living in Burma pre Britain’s colonoisation is at the heart of the current crisis. The government said they weren’t in the country in 1823, the year before the first Anglo-Burmese war, so don’t have a right to be citizens. But others claim Rohingyas have lived in Burma for much longer (the date 1799 has been cited by some, for example).

In the run-up to independence some suggested that the Rohingya villages in Rakhine State could join with East Pakistan (now Bangladesh), but that was blocked. But in any case back then relations with the Buddhist majority were said to be better then.

“During the independence struggle, Aung San [the leader of Burma’s armed forces who was assassinated by a rival on the eve of the country’s independence in 1948] included Muslims in his coalition, and Buddhists and Muslims lived together without divisions,” a 47-year-old Muslim homeopathic doctor from a Rangoon township, who decided to run for election, told author Peter Popham. “Discrimination began under General Ne Win in 1974 when our ID cards were taken away and replaced by a slip of paper which prevented us from travelling. Muslim graduates were increasingly prevented from getting jobs. Not only Muslims but all religious and ethnic minorities were marginalised.”

Fast-forward to the current crisis and towards the end of last year Auug San Suu Kyi announced a scheme for some of the 700,000 Rohingya Muslims forced into Bangladesh to return to Burma. But refugees and the international community are sceptical about the scheme. As it would leave the victims vulnerable to persecution by the military that expelled them in the first place, the UN has asked for unrestricted access to Rakhine state so it can properly assess the situation.

But with tension in Rakhine State showing no signs of abating, much work needs to be done to resolve the the situation. Earlier this month Burmese police opened fire and killed nine Budhist protesters. The international community’s wait for a peaceful settlement to the crisis goes on. 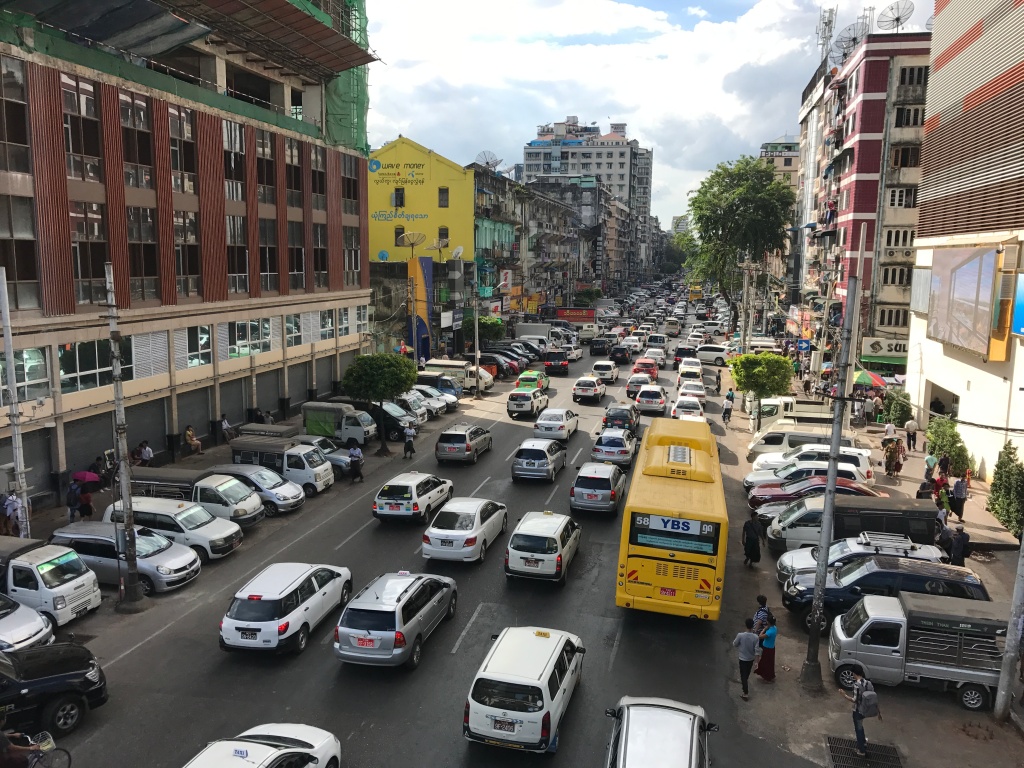