Five hours drive from the capital in Sri Lanka’s central highlands, it doesn’t take long to realise why Nuwara Eliya is known as Little England. Visitors today find colonial-era-bungalows and Tudor-style hotels set in front of sweeping lawns and pretty flower gardens. In Nuwara Eliya, there are plenty of reminders of the time when the country’s English and Scottish tea pioneers made this their hill-top playground.

The town’s long-standing hotels and members clubs – which wouldn’t look out of place in the Scottish Highlands – have been attracting discerning guests since the 19th century. At the Hill Club, founded in 1876 as a club for tea and coffee planters, diners need to wear a jacket and tie to eat in the formal restaurant, where waiters serve meals wearing white gloves, or have a drink in the bar. The tables in the billiard room are more than 130 years old and the reading room contains many rare books. Some reviewers have complained the bedrooms are looking a bit tired, but for me it’s all part of the charm.

I stayed in a bungalow adjoining to St Andrew’s Hotel (also a former planters’ club) on the other side of the town – the highest in Sri Lanka at an elevation of 1800 metres – and enjoyed a range of English classics, such as cottage pie, at the dinner buffet. Guests can enjoy billiards, high afternoon tea, a well stocked cocktail bar and a roaring log fire in the lounge to help keep warm on chilly nights.

Victoria Park is a wonderful place to enjoy an afternoon stroll, featuring formal gardens, an array of trees, a glass house and a narrow gauge train. It is also popular with bird watchers. The park’s little museum won’t take you long to get round, but there are some fascinating black and white photographs showing life in the town in bygone years. Pictured are smartly dressed people enjoying horse racing and the 18-hole golf course, which was built in 1889 by a Scottish soldier of the Golan Highlanders. Both institutions are still in operation.

In the museum’s pictures the main high street was bustling with an array of shops that wouldn’t look out of place in Britain. This is the part of the town that has perhaps changed the most – the hopscotch of stores in existence today, selling everything from electrical items, could be found pretty much anywhere in Asia. Sadly many of the original buildings have gone too. But the old Cargills department store structure remains and, like its old premises in Fort in Colombo, is now only a mini-mart selling food. But the old advertising boards outside remind us of the diversity of goods once offered here – from ‘sporting goods’ and ‘stationery’ to ‘haberdashery’ and ‘ladies drapery’.

Round the corner is the pink post office building with its conical clock tower, which was constructed in 1894 and is still in use today. Services are also still held at the Anglican Holy Trinity Church (concentrated 1852). 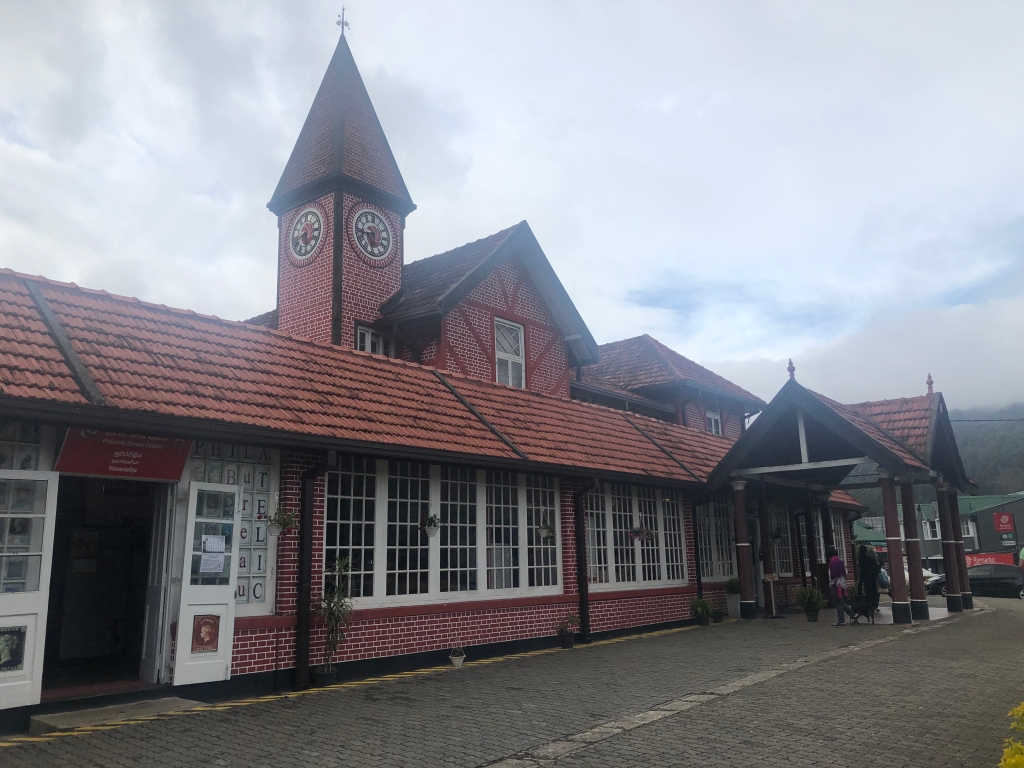 From the steep, winding road between Kandy and Nuwara Eliya, the luscious hilly green landscape, which is dotted with waterfalls, you see numerous tea plantations. Pickers can be seen grafting away in all weathers, plucking the leaves with their bare hands. They must pick around 20kg or 25kg a day for which they may earn only £2. Groups representing the pickers are calling for a day rate of around £4 day, but despite strikes, employers’ associations are standing firm and say their operations are not profitable enough to increase wages. 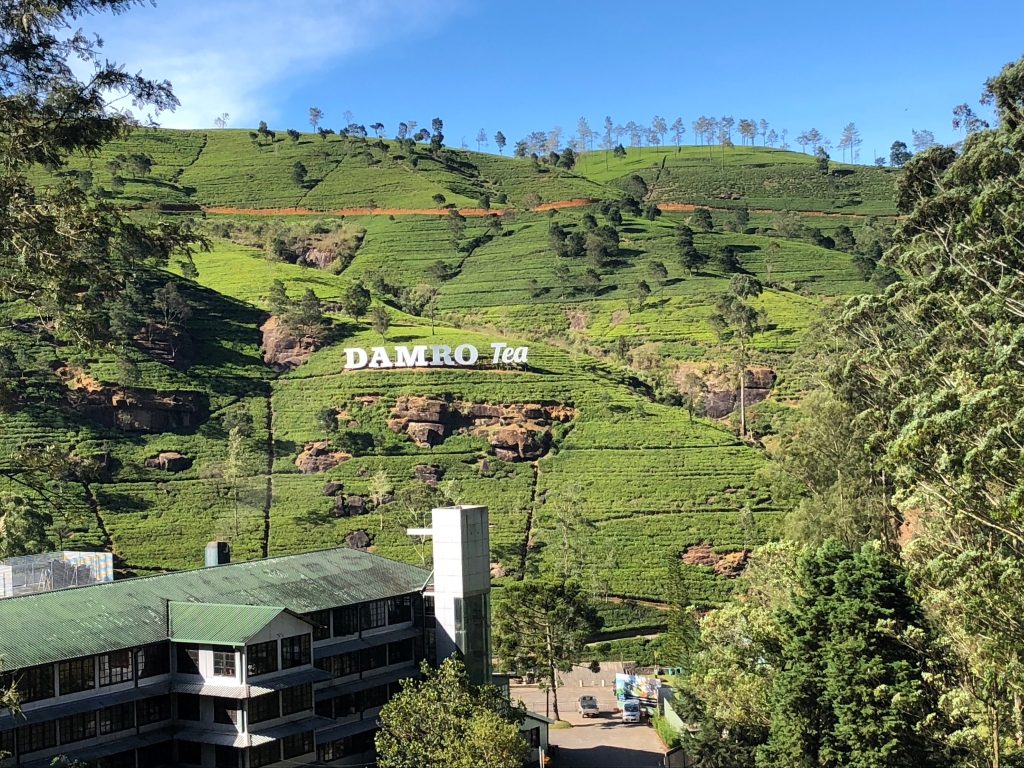 Many workers die from snake bites given they operate without any form of protective clothing. And the barrack-styles accommodation the pickers live in is said to be grim, with large families sleeping in one or two rooms – and forced to share taps with their neighbours. In the valleys surrounding plantations you can also see the factories where the pickers take the tea leaves for processing. Many tastings of their wares and tours of the traditional equipment still in operation – the one I visited was still using machinery manufactured in Belfast in the 1930s.

Sri Lanka’s first commercial tea plantation was established near Kandy in 1867 by a Scottish planter called James Taylor. He had arrived in the British colony to run a coffee plantation in 1852, but experimented growing tea in a small section of his and soon it was expanded. As coffee crops succumbed to disease in the 1870s an increasing number of planters switched to growing the more profitable tea.

The British built the railway from Colombo to hill country to provide an effective way of transporting processed coffee and and then tea to the port. Today, the line still operates and is a popular way of travelling to Kandy and beyond. The journey from Columbo to Nanu Oya (the nearest station for Nuwara Eliya) takes about five hours and passengers have a choice of three classes. And the British brought Tamils over from southern India – in terrible conditions on ships and they needed to walk the last 150 miles from the to coast – to labour in the plantations.

Nuwara Eliya – once little more than uninhabited forests surrounded by mountains – pre-dates the railways, having been discovered by colonial officer John Davy in 1819. The town grew over the course of the 19th century, with public and private buildings constructed. Vegetables and fruits popular with the British, such as lettuces, carrots and strawberries were grown in the gardens – a tradition that continues to this day in the grounds of many of Nuwara Eliya’s hotels. It is a place that is truly considered Little England.