Taking a slow lift ride into the basement of 60 Andrassy Avenue, Hungary’s tragic recent past quickly becomes apparent. Once the doors close, black and white footage on a TV shows a man vividly describing what happened to those that opposed the government – and the role played by this building on one of Budapest’s most fashionable streets. 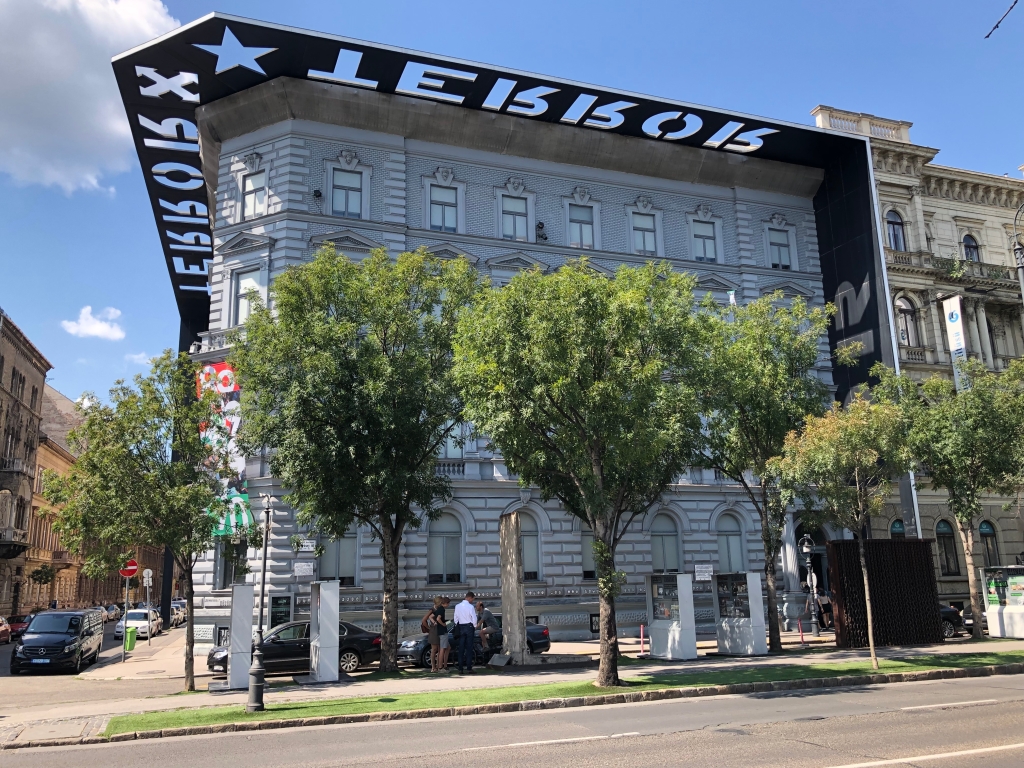 When the doors open again, below street level, visitors are led through a darkened passage to series of cells, punishment rooms and even (from Vac Prison, no executions took place here) gallows. The basement of 60 Andrassy Avenue, better known as the House of Terror and today a museum of the same name, has been modified many times over the years, but curators have attempted to re-create what conditions would have been like for those unfortunate enough to have found themselves here in the decade after the Second World War.

Before the Red Army arrived in Budapest in 1944, the building had already gained notoriety as the House of Loyalty. The Arrow Cross Party, the Hungarian Nazis, rented space at 60 Andrassy Avenue from 1937, but when it seized control of the country in 1944 this became its headquarters and victims of mass abductions, many of whom were Jews, were brought here to be abused and tortured. Many died as a result.

The communists’ secret police – the AVO (or the State Security Department) took control of the abandoned building in January 1945 and used the upper floors for interrogations of prisoners, normally at night. Electric current, pliers and high pressure water jets were all used for torture in the building. The sparse cells in the basement were particularly grim, with prisoners forced to sleep on the floor or on wet planks of wood. They couldn’t go to the toilet (they didn’t even have a bucket), they couldn’t change their clothes and food was strictly rationed.

The Soviet Red Army liberated Budapest from the Nazis on 13th February 1945, but with the country in ruins and one in 10 of the people dead, there was little to celebrate. Chaos continued in Hungary’s capital as occupying soldiers looted homes and raped the residents. It is perhaps unsurprising therefore that when the country’s first democratic elections were held in November 1945 the Soviet-backed Communist Party only managed to win 17% of the vote – in contrast to the right-wing Smallholder Party which took 57%, an absolute majority.

But the Soviets were undeterred by the defeat of the party they backed and used their strong position as occupiers to force communists into key positions in government, taking control of the Ministry of Interior which oversaw the police and army. “This war is not like those fought in the past, he who occupies a territory may force his system upon it, if his army makes it possible, it cannot be any other way,” Stalin himself said.
Democratically elected politicians of rival parties and other critics were deported to the Soviet Union, while in the summer of 1946 some 1500 social institutions which were deemed to be anti-communist were shut down.

Even by removing much opposition and resorting to electoral fraud, the Communist Party could only muster 22% of the vote in the election of 1947. It “united” with the second largest left wing party, the Social Democratic Party, to form the Hungarian Workers’ Party, with Matyas Rakosi as its first general secretary. In place of a multi-party system, for the next 40 years Hungary operated as a totalitarian dictatorship and free elections didn’t return until 1990.

Private ownership of property was quickly abolished and industry was nationalised, with new plants created with a primary requirement to serve the military – rather than the needs of ordinary people. Religious orders were dissolved and church schools fell into the hands of the state, and the teaching of Marx-Lenin ideology became a key component of the syllabus. Stalin and Rakosi became a personality cult which defined daily life in Hungary.

Left ideology hadn’t penetrated Hungarian society prior to the Second World War, so it is remarkable how quickly the communists were able to become organised in the country in the aftermath of the conflict. Central to this was the AVO, the secret police, and its successor, the AVH, which were feared by citizens as they infiltrated workplaces, universities, schools, theatres and other places of leisure. Between 1945 and 1948 alone the AVO detained more than 40,000 people in internment camps that weren’t dissimilar to Nazi concentration camps.

Following the death of Stalin in 1953, and the ensuing struggle for power, some Hungarians hoped democracy would be restored in the country. But that optimism was severely dented in October 1956 when a peaceful protest against the Moscow-led regime of students, workers and some members of the intelligentsia led to Soviet military units rolling into Budapest and, over the next few days, a wave of violence spread across Hungary.

On October 25th – two days after the Soviet tanks rolled into Budapest – a new government, led by revolutionary prime minster Imre Nagy, took power in Hungary and ordered a ceasefire. He also disbanded the hated AVH (although state security remained under different names), which left 60 Andrassy Avenue vacant. The Soviets did begin to withdraw from the city, there was a promise of restoring a multi-party system and, a week later, Hungary declared itself a neutral.

But the Soviets had by no means given up on holding sway in Budapest. On November 4th its army re-invaded Hungary and resistance was brutally crushed in a matter of days. Prime minster Nagy was arrested and held in Romania where, following a show trial behind closed doors, he was executed two years later. Janos Kadar, Moscow’s appointee and General Secretary of the Hungarian Socialist Workers’ Party, assumed power and would rule the country until 1988. During the 1956 uprising some 2,500 people were killed and 20,000 wounded, while around 200,000 people fled abroad.

In front of Hungary’s awe-inspiring parliament building there’s an underground exhibition, opened in 2014, which stands as a memorial to those who died on October 25th when AVH snipers opened fire on a peaceful crowd. You need about 20 minutes to view the displays, which is about the same amount of time it took for the devastating events of ‘Bloody Thursday’ to unfold. Nearby, on the walls of the Ministry of Agriculture, bronze spheres were installed in 2001 symbolise the shots that hit building during the 1956 uprising. 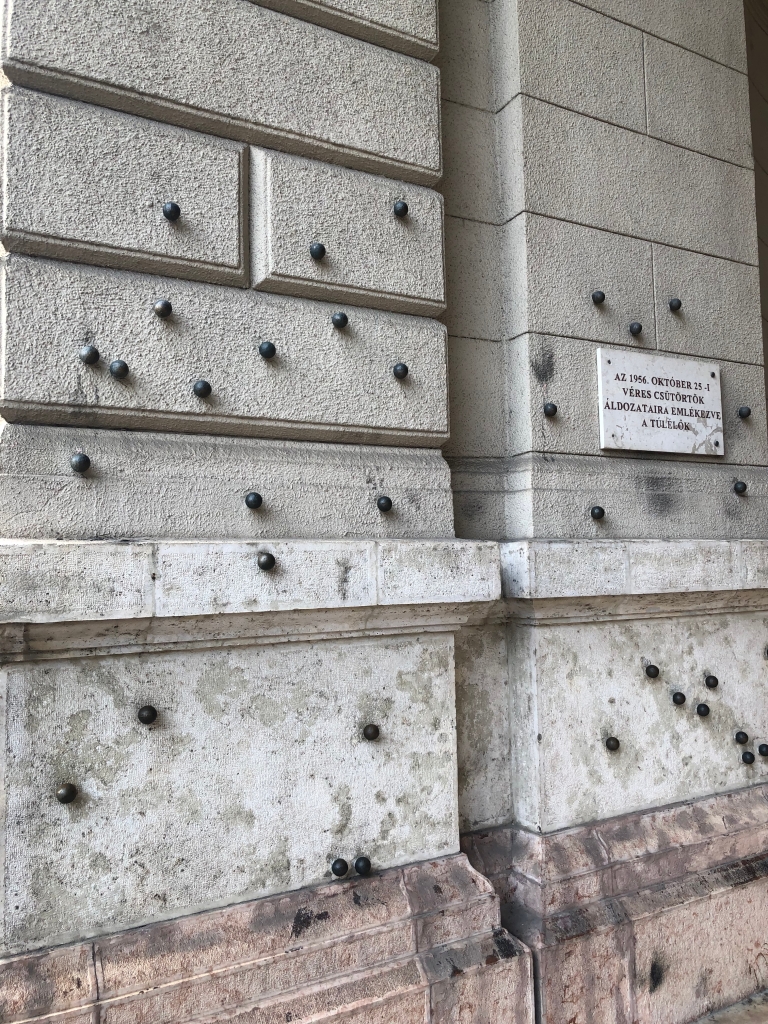 Bronze spheres on the Ministry of Agriculture building

Following the devastating events of 1956, the Soviets held a grip power for another 24 years. But there were changes in society post the uprising and the period became known as ‘happy communism’ – and by the late 1970s it was the West’s favourite communist state. It was by no means a democracy, but the economy slowly developed and living standards improved. Many Hungarians were kept happy through access to consumers goods, as well as free holidays and healthcare.

But throwing money at happy communism came at a cost and Hungary needed to borrow money from western banks – the first communist country to do so – to stay afloat. Big change was around the corner.

The Hungarian government decided in 1989 to start dismantling the border wall with Austria, on the western side of the country, partly because it was deemed too costly to repair. Perhaps most poignantly, on 27th June 1989 Hungary’s Minister of Foreign Affairs and his Australian counterpart held a fence-cutting ceremony.

Hungarians flooded into Austria once the division had been removed, but there were wider implications as many East Germans who were “on holiday” used it as a route for escaping to West Germany. This move ultimately led to the toppling of the Berlin Wall in November 1989.

Back in Hungary, in October 1989 parties other than the communists became legal and free elections were held in spring 1990. The red communist star, which by that stage was no longer illuminated, was removed from the top of the parliament building and Hungary enjoyed a new beginning as an independent country. The House of Terror opened as a museum in 2002 and is a fitting memorial to the tragedies in 20th century Budapest. 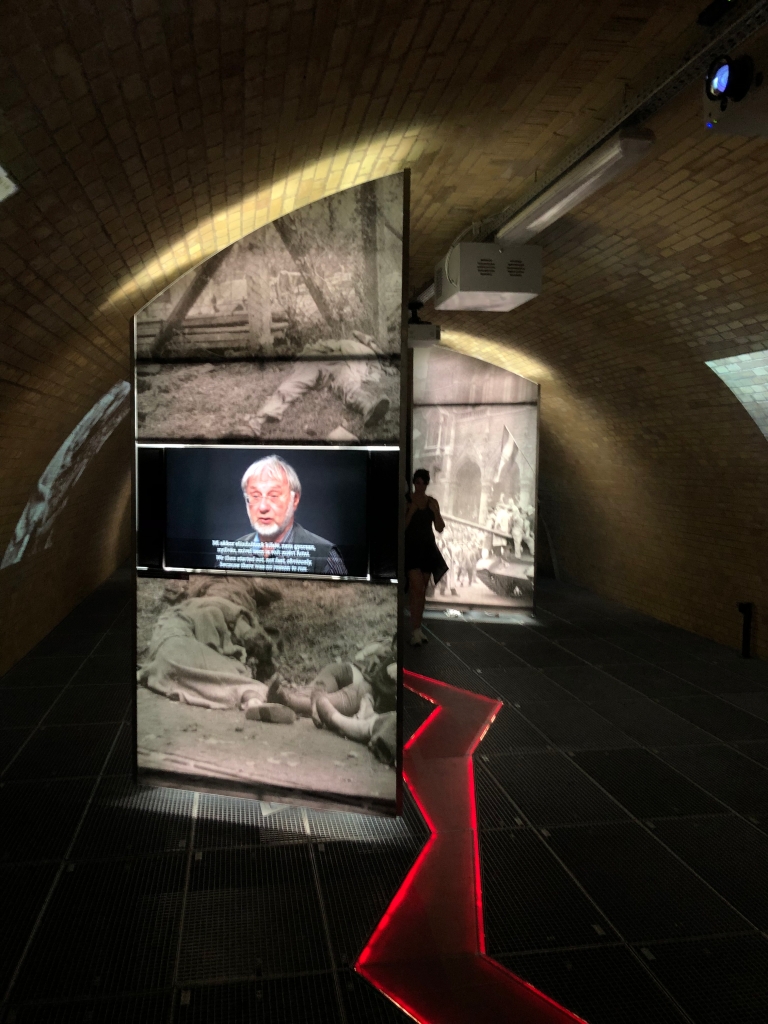