Toronto may need to play second fiddle to New York in the North American financial centre stakes. But with a population approaching three million, Canada’s biggest city is still a force to be reckoned with. And it makes for, at the very least, a few days of interesting exploration. 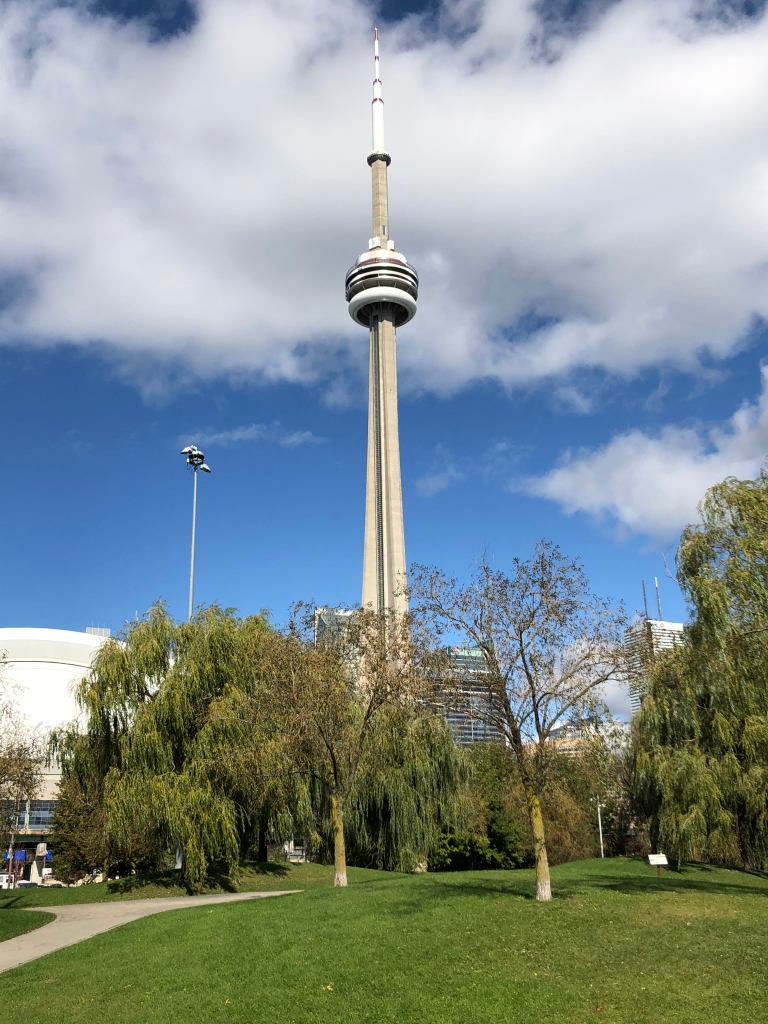 Known for its famous CN Tower that peers over downtown, this is a city where it’s worth venturing out from beyond the financial centre. Enjoy the cafes, bars and restaurants in the vibrant inner suburbs. Take a walk along the beach along the shore of Lake Ontario at Scarborough Bluffs. Watch some Hockey.

The days of Muddy York seem long ago. But Toronto has been little more than two centuries in the making.

In 1793 John Simcoe, the lieutenant-governor of Upper Canada (modern-day Ontario) decided to move the provincial capital from Niagra to what is now Toronto. He ordered the building of a garrison, which later became Fort York, to guard the entrance to the harbour to help the British retain Lake Ontario.

To the east of the fort, the town of York emerged on a site that had previously been forests and swamps. Consisting of just 10 square blocks on an area today bordered by Front Street, George Street, Adelaide Street and Berkeley Street, in 1797 it boasted a population of 241. The first parliament building was soon constructed and a wooden church was built in 1807 on the site of the present-day cathedral church of St James.

Life in the early town, known as Muddy York on account of its unpaved streets, was tough. Food was often in short supply, there were disputes with the local indigenous people and the wooden buildings frequently burned down – often as a result of spreading forest fires.

The  first settlers were mostly British (including many Scots), as well loyalists from the United States of America. Many came with their slaves. William Berczy – remembered by Berczy park near Union Station – was a German loyalist who played a prominent royal in the foundation of York,  bringing 75 families from Pennsylvania, who were all given land surrounding the town.

In April 1813, during the War of 1812, American troops took the town, but they only managed to hold it for six days before they were defeated.

After the fighting was over, York grew to became a significant commercial centre, surrounded by a growing prosperous agricultural hinterland, and it emerged as the dominant town in Upper Canada. It became the city of Toronto in 1834 –  the first municipality in the British colony – and by 1841 had a population of 14,250. Like many who held positions of power in the early days of Toronto, the inaugural mayor, William Lyon Mackenzie, was a Scot.

The new municipality provided many improved services and amenities. Toronto’s first professional police force was born in 1834, the history of which is told at a small museum at the city’s main police headquarters (where you can find out that two of the most common crimes in the early colony were the theft of horses and cows). The city’s first post office, which is now another fascinating museum, was established in 1833 and was originally a branch of the Royal Mail. Post office assistants helped those who couldn’t read and write.

St Lawrence Market was established in its current location in 1845 and the restored building now provides an array of indoor stalls, serving tasty food.

In 1849 a great fire destroyed four acres of the city, which laid the ground for new buildings, including the splendid St Lawrence Hall. It was opened in 1851 with shops, assembly rooms, ballroom and a market. The cathedral church of St James, which boasts Canada’s highest church spire, was finally finished in 1875 and you can see today the pews that were reserved for the few wealthy families that controlled the early town and municipal city. 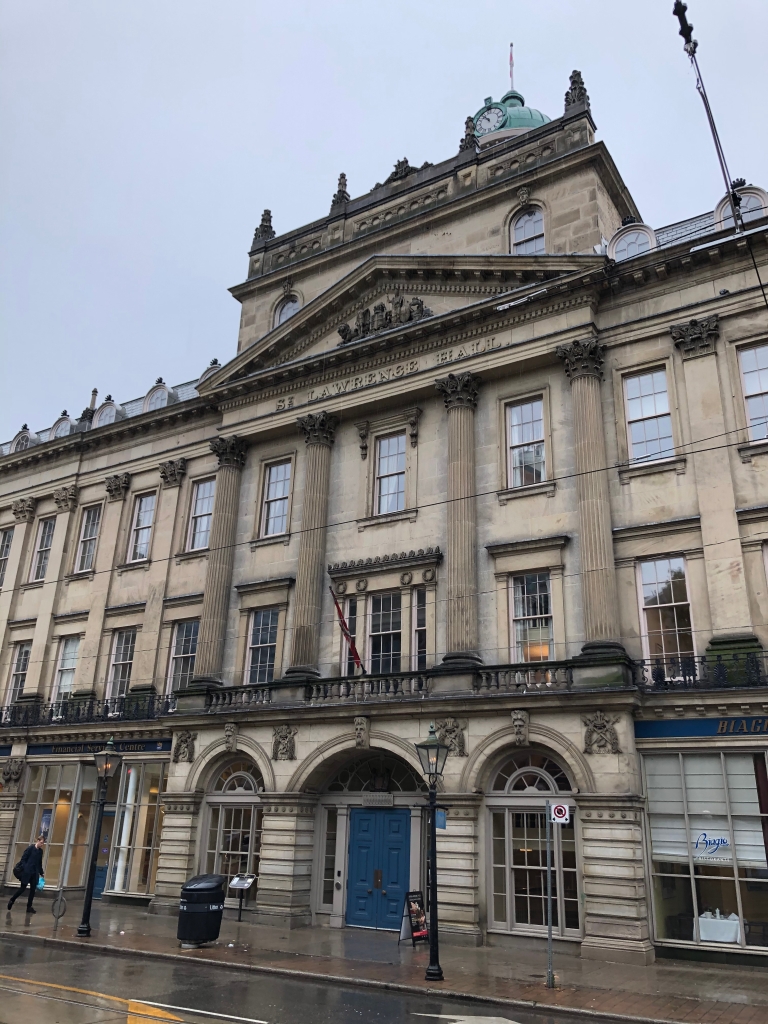 One of the most prominent figures in Toronto was William Gooderham, the English distiller, banker and businessman, who moved to York in 1832 to join his brother-in-law James Worts running a mill. After Worts committed suicide in 1834 following his wife dying in child birth, Gooderham took sole charge of the company and in 1837 added a whisky distillery. Worts was later appointed president of the Bank of Toronto and his business empire made him the wealthiest man in Ontario.

The scale of the operation Gooderham and his company created can be seen at Toronto’s Distillery District, the former home to Gooderham and Worts distillery – once the largest distillery in the British Empire. Alcohol production ceased long ago and the five hectare site is now home to cafes, galleries and a brew house, as well as upmarket apartments. It is a fascinating place to explore as it boasts the largest collection of Victorian era industrial buildings in North America, with present-day businesses housed in former warehouses.

In the mid 19th century Toronto was famed for exporting agricultural goods and timber. But the arrival of the railways helped to propel it to the position of Canada’s second city, behind only Montreal. Manufacturers from smaller regional towns decided to relocate here to make the most the transport connections. Farmers and city merchants found new profitable overseas markets for wheat exports. As a result of the growth in commerce, the finance industry grew in Toronto – the Canadian Bank of Commerce was founded in 1867 and the first Stock Exchange had arrived in 1852.

Toronto expanded quickly. In the second half of the 19th century the centre of the city slowly moved from the site of the old town of the York to the Yonge Street area, where new upmarket department stores were opened. There was another serious fire in 1904, this time centred on Bay Street, which destroyed 122 buildings across an area of five hectares, but new structures were quickly planned.

For the 20 years before the start of the First World War Toronto became a boom town and the population grew considerably. In 1891 there were 181,000 living in the city, but by 1911 it had grown to 378,000. Many people moved in from rural areas to work in the city’s fast-growing industries, including meat packing. Toronto boasted the largest pork packing firm in the British Empire, prompting the city to be referred to as Hog town.

Many people also moved to Toronto from abroad, particularly those fleeing the potato famine in Ireland. Cabbagetown, where residents grew cabbages outside their homes, was one of the places that this group moved to. Today, this conservation has the the largest concentration of Victorian-era homes in North America.

As money flowed into the city in the first decades of the 20th century, grand new buildings such the Union Station, with its cathedral-like booking hall and vaulted ceiling, were planned. It’s now Canada’s busiest transport hub, serving 250,000 every day.

To provide somewhere suitably opulent for passengers to stay, the Canadian Pacific Railway built the Royal York Hotel opposite its terminus. Boasting 1048 rooms on 28 floors, it was at the time the largest hotel in the British Empire. Facilities included a 12 bedroom hospital, library, concert hall and a glass-enclosed roof garden. Queen Elizabeth has stayed in its Royal apartments numerous times.

The first skyscraper arrived in 1930 in the form of the Canada Bank of Commerce (now Canada Imperial Bank of Commerce) building, with its opulent gold painted interiors, in the financial district. It came just before the 1930s depression brought construction in the city to a virtual standstill.

Another boom came to Toronto in the late 1970s and early 1980s, resulting in many of the skyscrapers that continue to define the city’s skyline. CN Tower was built as a communications tower, although it is today better known as a tourist attraction where visitors are whisked in glass lifts to the top to enjoy views across the surrounding area (on a clear day you can see as far as New York City). Standing at 553 metres tall, it was the highest freestanding structure in the world when it was built.

The city once played second fiddle to Montreal in Quebec, but in recent decades the tide has turned. Even the Bank of Montreal now has its headquarters in Toronto. The institution moved its main office here in the 1970s when it was feared that Quebec would break away from Canada. In the end there was a referendum vote for Quebec to remain in the union, but for the bank the decision to move had already been made and it now occupies what is today the tallest building in Toronto.

Toronto has further ambitions to grow, which is why there are numerous cranes in downtown. International businesses are investing in the city and new towering condominium blocks by Lake Ontario are springing up to serve the workers. One of the boom industries that is doing particularly well is film-making, with one in five films released now made in Toronto.

But there is of course a downside side to this rapid development. Toronto is becoming an increasingly expensive city to live. While international investment is creating jobs, it is also making it an unaffordable place to live for its residents. Toronto has come a long way from its early days as Muddy York.