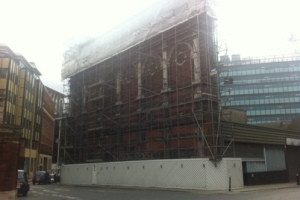 Battle lines have been drawn at Smithfield Market, on the fringes of the City, as developers have submitted plans to transform derelict Victorian buildings into a new area of restaurants, shops and offices. The Smithfield Quarter Scheme, backed by fund management group Henderson Global Property Investors, would see […] 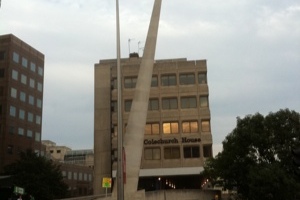 Heads up on history – 300 gruesome years at London Bridge

In the shadow of the Shard at the southern end of London Bridge, there’s a curious looking grey spike sculpture jutting up in the sky. Skater boarders use the pedestal for performing tricks, while most people probably simply walk past it. But this feature has a great deal […] 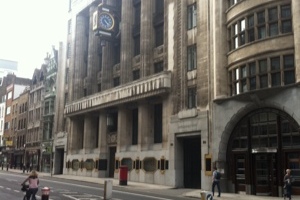 Fleet Street, on the fringes of the City, has to be one my favourite places to head to for an evening out with friends. Pubs like Ye Olde Cheshire Cheese, tucked away down a narrow alley, are oozing in character. Here you’ll find a maze of cosy rooms […]

Bathhouse in a basement

Lurking beneath a rather dull and grey London office block there is a fascinating discovering to be made. After passing through an unassuming entrance at 101 Lower Thames Street and descending a flight of concrete steps, you are greeted by the extensive remains of a Roman bathhouse. This […]

The trading company that changed London and the world

London is a city that was built on overseas trade. Right from the establishment of Londinium by the Romans in 43AD, merchants came from far and wide to sell their wares. Later on, Medieval London prospered on the back of trade with the continent, with wine being imported […]

London’s Livery Companies, which today boast a membership of over 26,000, have played a big part in this weekend’s Celebrate the City festival. They’ve been selling their wares at a market outside Guildhall and many have also opened their doors to the public. But what, in the free […]

Planning officials today would tell you exactly where to go if you offered them a rose as payment for building a footbridge across a public road without permission. But that’s exactly what was imposed when in 1381 Mrs Knollys was rebuked for creating a structure to connect her […]