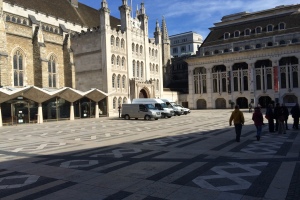 Roman London in the second century AD would have been an impressive place to visit. Spanning both sides of the Thames, it was by then the largest city in Britain – a cosmopolitan settlement that was full of hustle and bustle. The skyline was dominated by the forum-basilica, […]