History shows that museums should be free for all

When the British Museum opened its doors to the public on the 15th January 1753 its policy on admissions was simple – entry was free and given to ‘all studious and curious Persons’. More than 250 years on, there is still no charge for visitors to view the main collections, giving people, whatever their background access to classics like the Rosetta Stone and Parthenon sculptures.

The debate about introducing charges for visitors to London museums has been rumbling for some time, but has in the last week been pushed up the news agenda given that George Osborne has cut their budget by five per cent in the spending review.

Boris Johnson, the Mayor of London, has led a chorus of those calling for the free entry policy to remain, highlighting the “economic benefits that flow to London of having great museums of that kind drawing people in.” He said: “Free museums are one of the glories of London. It helps to bring people to the capital, it creates a massive buzz about the place.”

But aside from the economic benefits, there are important reasons for keeping museums free, not least because the objects displayed are owned by the nation as a whole, rather than individual people and organisations.

The British Museum, founded on the donations of the physician, naturalist and collector, Sir Hans Sloane, is an illustrative example. Sloane had more than 71,000 objects he wanted to wanted to preserved intact after his death. He bequeathed the whole collection to King George II for the nation in return for a payment of £20,000 to his heirs.

Apart from during the two World Wars, the Museum has remained open ever since 1753, moving from an attendance of 5,000 per year to today’s six million. 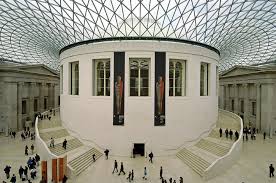 Some people have suggested that admission charges should be introduced for overseas visitors, which is something I disagree with. You only need to spend a few minutes walking around the main galleries at the British Museum to realise that many of the artefacts have come from abroad. Everyone should therefore have a chance to see these pieces.

Of course, as Boris and others acknowledge, it is right to charge for special exhibitions at our museums. Often curators have had to source exhibits from other institutions around the world, which brings with it considerable expense of transporting the artefacts. The hugely successful Pompeii exhibition, currently showing at the British Museum, features pieces that haven’t even been on show in Italy yet.

In addition, it’s right that museums should continue to encourage voluntary donations, with many even suggesting that visitors donate a particular amount in buckets by the entrances. There’s nothing wrong with this.

I also think more could be done to encourage sponsorship from major corporations, as is the case with many special exhibitions in the capital. This extra inflow of cash could work wonders in transforming some of the tired looking, permanent galleries at the British Museum.

Since entrance fees were scrapped at a number of museums in 2001, visitors rates as a whole have doubled. This provides a strong argument, if ever one was needed, that entry to these institutions should remain free for all to enjoy.