Until 1750 the only crossing point in England’s capital over the Thames was London Bridge, a factor vastly limiting development on the south side of the river. But in that year, after much wrangling, Westminster Bridge finally opened, followed by Blackfriars Bridge in 1769. The significance of these […]

Take a look any map of medieval London and you can’t miss the 30 or so religious complexes dotted around the City and suburbs, housing the likes of monasteries, schools and hospitals. Surrounded by stone walls with secure entrances through gate houses, these private precincts grew into thriving […] 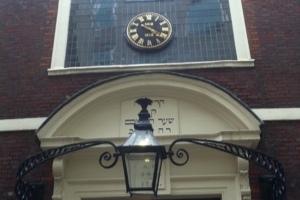 After a short break, Pastinthepresent.net returns. In my last post I was in Israel so, now back in London, it’s appropriate that I kick things off again today by tracing Jewish heritage across the capital. I’ve had a fascinating day visiting the oldest surviving synagogue in Europe, exploring […]

Battle lines have been drawn at Smithfield Market, on the fringes of the City, as developers have submitted plans to transform derelict Victorian buildings into a new area of restaurants, shops and offices. The Smithfield Quarter Scheme, backed by fund management group Henderson Global Property Investors, would see […]

Profitable side to charming St James’s

Spending an afternoon exploring St James’s provides the senses with a touch of nostalgia. The exclusive shops, nestled amongst grand houses and gentlemen’s clubs, remind us of the time before British high streets became clones of one another, lined with endless Tesco Express and Starbucks outlets. But St […] 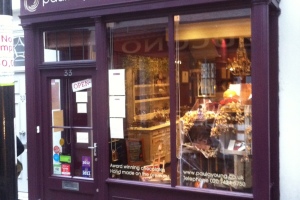 Take a stroll along Islington’s Upper Street any evening of the week and you’ll find gourmet restaurants and wine bars buzzing with activity. At a time when hospitality businesses in other parts of Britain are struggling as consumers cut back on spending, in this north London the suburb […]

In contrast to the ugly concentre monstrosity that spans the Thames today, the London Bridge of medieval times was an awe-inspiring stone structure which attracted visitors from all over Europe. Taking over 30 years to complete, and claiming the lives of an estimated 150 workmen during its construction, […]

While I was walking down Borough High Street earlier in the week, a tourist clutching a map of the capital asked me if London Bridge station was far away. The Tube entrance was only a few metres from where we were standing and the mainline platforms were a […]

If you live in London or visit regularly then there’s a good chance you’ve been to Victoria train station. It’s a useful place linking the capital with the likes of Dover, Brighton and Gatwick Airport. But although Victoria has a wide range of shops, bars and food outlets, […]

Waking up after last night’s spectacular closing Olympic ceremony, I feel proud to be a Londonder. The opener two weeks ago showcased Britain, and our industrial heritage, while yesterday’s show was all about celebrating our amazing capital, reinforcing it as the greatest city in the world. From the […]