Shad Thames is today one of the trendiest parts of London. It’s a glitzy stretch on the south bank of the river Thames with smart restaurants, fashionable boutiques and expensive apartments in converted Victorian warehouses. While the development has been popular for some time now, the opening of the nearby Shard and all the other construction going on around London Bridge can only add to the appeal – and the value of properties.

Once though, what is now Shad Thames bordered onto one of the worst parts of London. Detached from the mainland and surrounded on four sides by stagnant water, near to here was the site of Jacob’s Island – a collection of damp and rickety old houses, hidden away from public gaze by large warehouses and other industry. It was immortalised by Charles Dickens who chose the location to kill off villain Bill Sikes in the mud of ‘Folly Ditch’. The author provides a vivid description:

“… crazy wooden galleries common to the backs of half a dozen houses, with holes from which to look upon the slime beneath; windows, broken and patched, with poles thrust out, on which to dry the linen that is never there; rooms so small, so filthy, so confined, that the air would seem to be too tainted even for the dirt and squalor which they shelter; wooden chambers thrusting themselves out above the mud and threatening to fall into it – as some have done; dirt-besmeared walls and decaying foundations, every repulsive lineament of poverty, every loathsome indication of filth, rot, and garbage: all these ornament the banks of Jacob’s Island.” 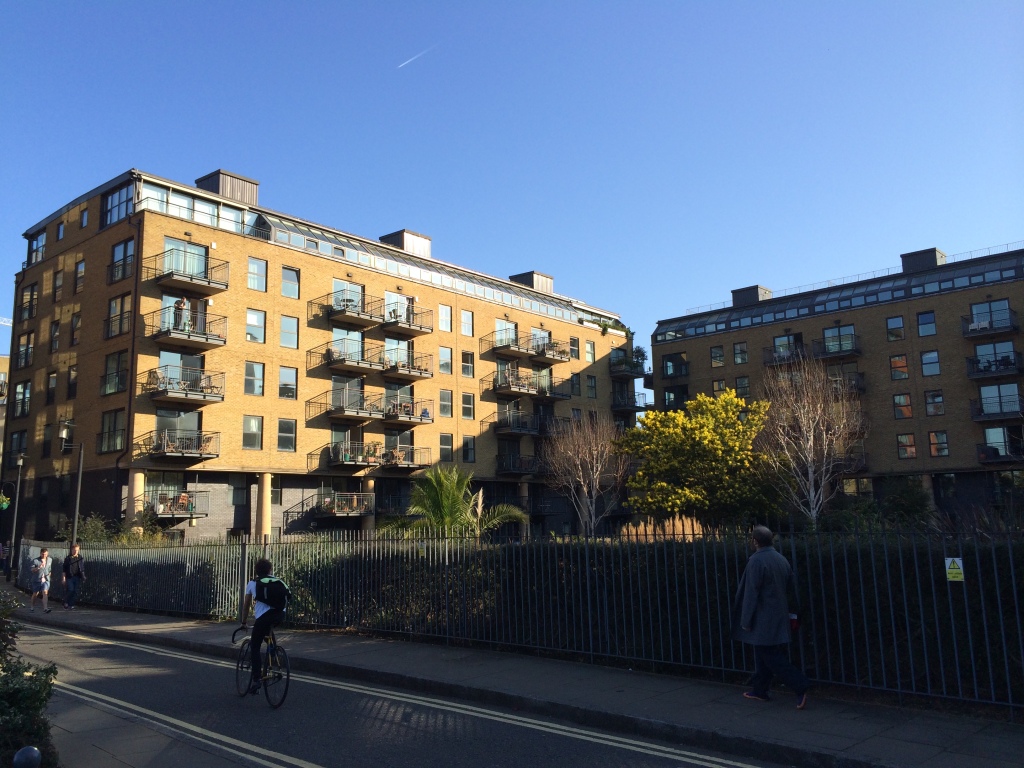 Thomas Beames, author of the Rookeries of London and writing in 1852, said “there is nothing particularly quaint and interesting about them; hovels they were, and hovels will they remain as long as they exist.” Given that they must be flooded in wet weather, he added that “the rooms are mouldy and ill savoured; dark, small, and confined.” Beames quoted a contemporary article from the Morning Chronicle in his book, which was equally damming of the slum:

“The striking peculiarity of Jacob’s Island consists in the wooden galleries and sleeping rooms at the back of the houses, which overhang the dark flood, and are built upon piles, so that the place has positively the air of a Flemish street flanking a sewer instead of a canal; while the little rickety bridges that span the ditches and connect court with court, give it the appearance of the Venice of drains.”

One of the biggest problems for the residents of Jacob’s Island was the poor state of the water supply. Beames noted that the reservoirs remained stagnant until they were moved by the tide – something that only happened two or three times a week. What was “the common sewer of the neighbourhood” was “the only source from which the wretched inhabitants can get the water which they drink – with which they wash-and with which they cook their victuals.” In the summer children were seen bathing in the dirty water. The Thames, which was “not far distant” would have offered a cleaner bathing-place he said.

To understand how Jacob’s Island grew into a slum you need to turn to the history of Bermondsey Abbey. Beames, noted from a contemporary report in the Morning Chronicle, that from the 11th century, when the latter was established as a religious institution, “the foul stagnant ditch, which now makes an island of this pestilential spot, was a running stream, supplied with the waters which poured down from the hills about Sydenham and Nunhead, and was used for the working of the mills which then stood on its banks.”

While water was clearly important for the Abbey, Beames himself didn’t believe that the ditch appeared to have been a stream. Rather “it seems rather to have been an artificial reservoir, where the water flowed into channels cut to receive it and this idea is strengthened by the circumstances of the case: there is a paper mill at a little distance from the spot; and, on inquiry, we found that the waters of the Thames were let into these tidal ditches, as they were called, three times a week; the form of the ditch is also quadrangular.”

Southwark in the mid 19th century was a place of heavy industry producing dangerous waste material – it was home to all the dirty businesses that many other parts of London didn’t want. Beames noted that, as a result, people were becoming ill and, in particular, children had sore eyes from inhaling gas or vapours. He was critical of “the parish which can tolerate such a plague spot” and for the country as a whole “whose insulted laws do not at once sweep from the face of the earth such a record of its disgrace.” Beames added:

“We are not describing some scene in distant lands, under a despotic government; but one taken from a district of what was wont to be called merrie England – the land of charity, whose plans for the welfare of our home population are a hundred-fold, and from whose shores missions are sent year by year to distant colonies.”

Beames believed that the best thing for Jacob’s Island, “supposing the inhabitants could escape”, was if it was destroyed by a fire: “Philanthropy would rejoice, and humanity hug itself.” He added:

“This greatest of earthly terrors, whose idea suggests desolation, the worst and fiercest instrument of destruction, with whose name men connect the immolation of cities, whose wrath consumed half London, entailing on us for the time the greatest national suffering England ever knew, would be a gift whose price we could scarce tell, whose healing influence we could scarce enough appreciate; and, if the inhabitants could be removed in time, an earthquake, which swallowed up this hamlet of the plague, would be a thing to be remembered with thanksgiving in the annals of our nation.”

By the end of the 19th century, philanthropists were operating across London and were investing in social housing schemes, meaning that inhabitants could be re-homed in better accommodation. The establishment of London County Council in 1889 was also important in improving living conditions as it favoured council homes (many examples of these can be found today just a stone’s throw from luxury apartments). Southwark, however, remained an area of heavy industry until after the Second World War – despite the fact it was extensively bombed in the Blitz.

Today there’s little visible evidence for the existence Jacob’s Island. It was drained and the ditches filled in during the latter part of the 19th century and most of the buildings that surrounded it were replaced by the 1860s (New Concordia Wharf, which is now apartments, is a rare survivor). Jacob’s Island replaced by mills and new warehouses in the area roughly marked by Mill Street, Bermondsey Wall West, George Row and Wolseley Street. These remnants from our industrial age have in turn disappeared or been converted for new uses. Indeed, since the Eighties there has been a great deal of gentrification in the wider London Bridge and Shad Thames area, with warehouses turned into trendy loft apartments and architects designing new blocks of luxury flats. The squalid and destitute world so vividly described by Beames, Dickens and many can now only be imagined. 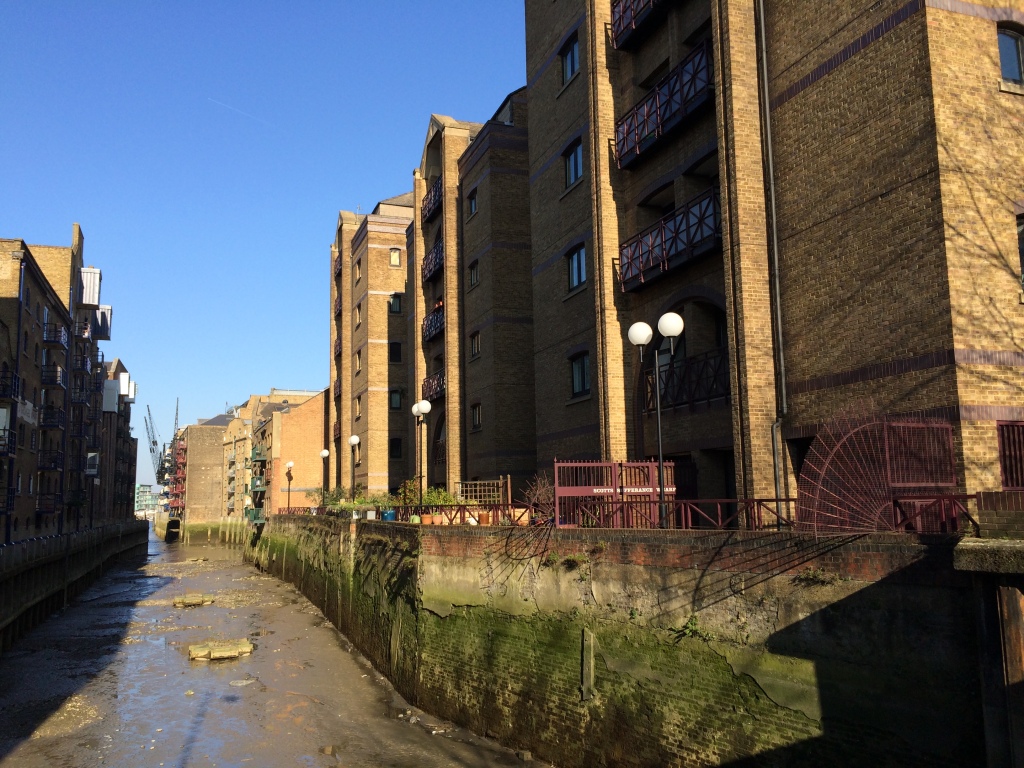 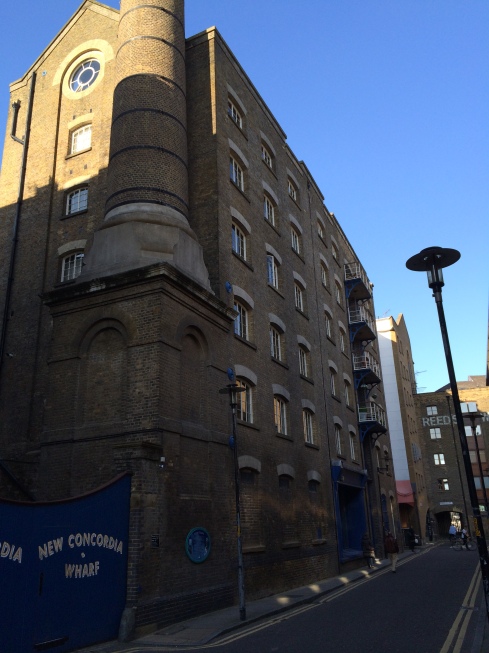 One of the few buildings in the area to date from before the 1860s. Most were replaced in the latter part of the 19th century