Hidden away at the foot of the splendid Avon Gorge in Bristol, there are a few streets of houses that thousands wiz past everyday on their journey into the city. Most probably don’t stop to blink at the heritage they are missing. With little more than pubs, average takeaways and non-descript shops on show there’s very little for the visitor that can’t be found elsewhere in Bristol. 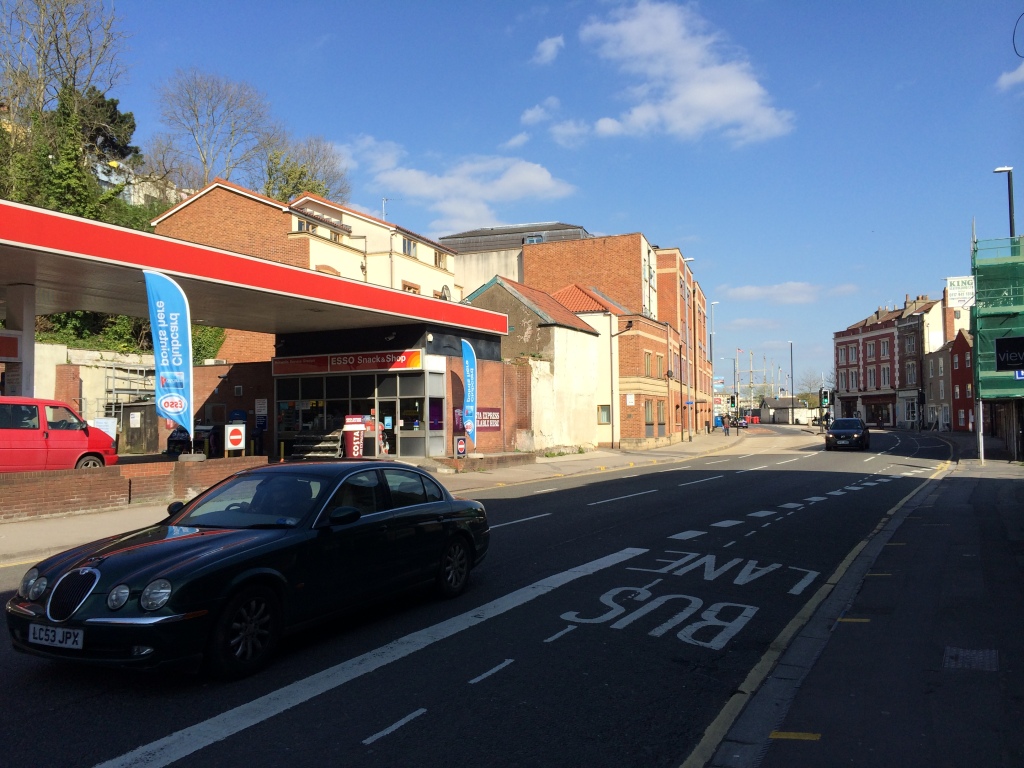 What many consider Hotwells today

How times have changed. Once Hotwells was one of the country’s premier tourist resorts, bringing in discerning travellers from all over the world. The great and the good would stay in lavish houses through the summer months. They would come to enjoy splendid dances, attend top-end theatre, drink tea and play cards. The real attraction was however the spa, the ‘Hot Well’, where the waters were said to be able to cure everything from diabetes and kidney diseases to scurvy and dysentery.

Hotwells was founded in the 16th century on the success of shipbuilding and shipping. But following the later discovery of the therapeutic waters as a supposed treatment for seaman’s leprosy, it became somewhere far more fashionable. From 1760 to 1790 the resort was in its heyday and it was the place to be seen. At the time Clifton, the elegant late Georgian suburb that remains extremely popular today, was just a scattering of houses centred around a church and farm; even in 1780 there were barely 30 upper class houses scattered up Clifton Hill.

William Schellinks from Amsterdam visited Bristol in 1662 and took a boat trip down the river Avon. He described the Hotwell at the bottom of the Gorge:

“At the foot of these steep rocks, several feet under water at high tide, are, almost on top of each other, two springs or wells, one giving hot and the other cold water in abundance and very clear, whereas the river is opaque and cloudy because of the rapid rise and fall of the tides…..”

Nothing sadly remains of Hotwell House (built in the late 17th century), where the great and good got to enjoy the therapeutic waters in grand surroundings. The four-storey building enclosed the hot spring and screened the spring waters from the muddy river Avon. In time the two ballrooms and three large taverns became so crowded that it was nearly impossible to get near enough to drink the waters. Alexander Pope, visiting in 1793, described the splendid setting:

“Passing still along by the river you come to a Rocky way on one Side overlooking green hills on the other; On that rocky way rise several white Houses, and over them red rocks, and as you go further, more Rocks above rocks, mixed with green bushes, and of different coloured stone. This is at a Mile’s end, terminates in the House of the Hot well, whereabouts lye several pretty Lodging Houses open to the River with Walks of Trees.”

In its prime, Hotwells was bustling from May to October. Writers and aristocrats would spend the winter months in Bath, before heading to the Bristol resort in the summer. Traders came from Bath and London to set set-up shop during the spa season. The semi-circular white-washed building with pillars in front, known as the Colonnade and surviving today as private homes, was built in 1786 in a small quarry against the rocks. The contemporary New Bristol Guide documented this high-class development:

“For those who prefer walking after the water, there are a colonnade in the form of a crescent, with shops, for shelter in the rain; and a gravelled parade about 600 feet long, shaded with trees, by the side of the River: so that during its influx and efflux, the company may be amused with the sight of the vessels that pass up and down.”

As well as the shops and accommodation on the upper floors, the Colonnade also included a library:

“Under the Colonnade is an extensive and well-conducted subscription library, kept by Mr Thomas Matthews, consisting of a scarce and valuable collection of Books, let out for the year, season, quarter, month, or by the single volume…. Here the daily London and country Newspapers are taken in for subscribers, who are accommodated in a spacious room open from eight in the morning until eight in the evening, Sundays excepted.” 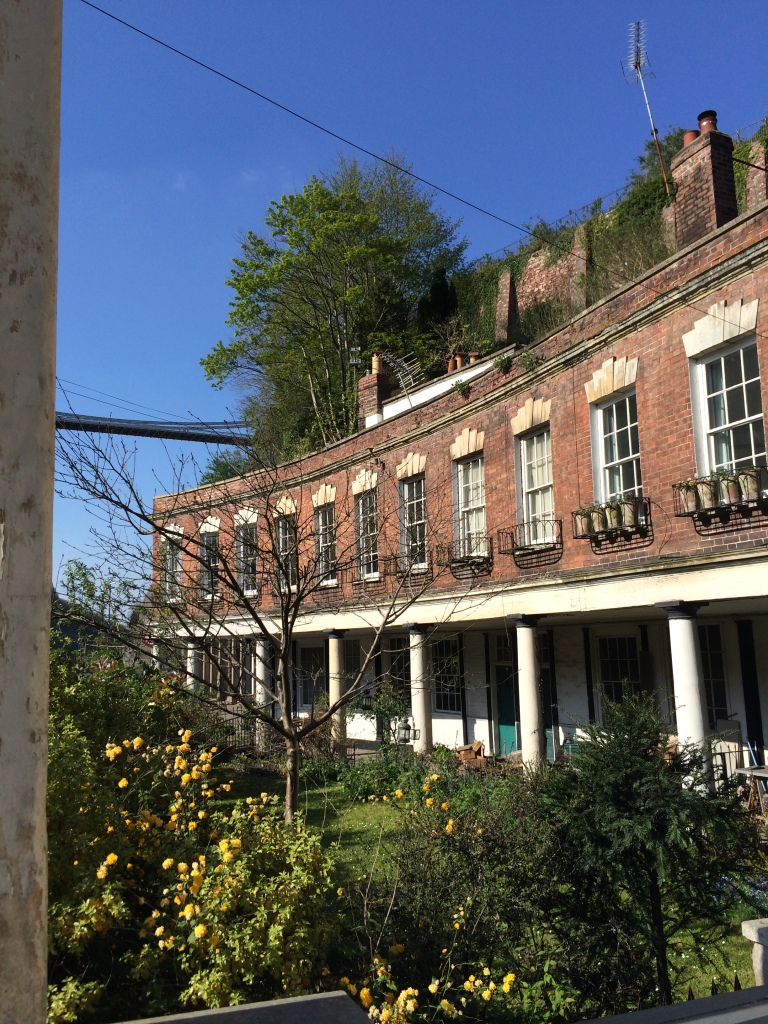 The Colonnade, built in 1786 as a shopping arcade. Now private homes 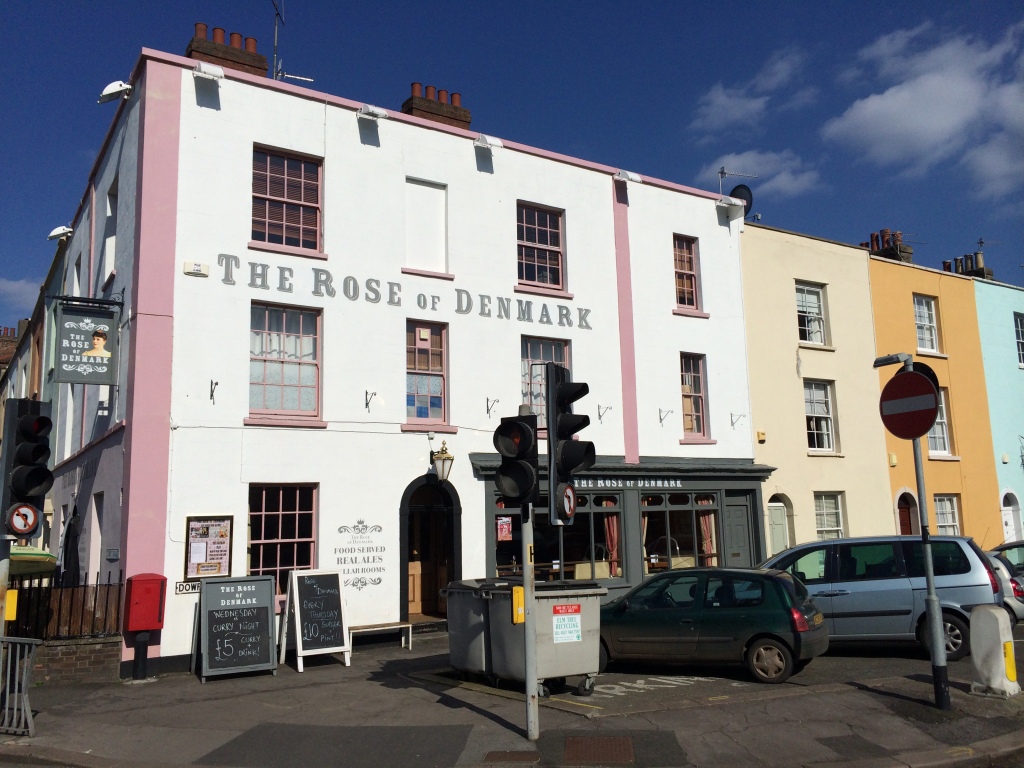 The Rose of Denmark on Dowry Parade / Dowry Place

Walking around the garish Cumberland Basin flyover scheme today it is hard to imagine that this area was once bustling with traders, including grocers, tea dealers, dressmakers, bakers, shoe makers and gingerbread makers. The water from the spring was shipped all over the world, greatly benefiting Bristol’s 18th century bottle-making industry

Hotwells pubs, like Adam and Eve, the Plume of Feathers, the Bear go back many years. But in the area’s heyday there would have been many more drinking establishments. The hustle and bustle of activity must have been amazing. And with such demand for accommodation, there was a frantic effort to put up boarding houses, including the construction of Dowry Square, which was built in 1725 and offered a better class of accommodation for long-term patrons. The fine properties remain, but seem very isolated today given that it is located on one side of the main road in to Bristol.

There were several people who, with a bit of money behind their schemes, tried to tempt visitors up the hill to Clifton. The former St Vincent Spa Rock’s hotel in Sion Hill, which has now been turned into retirement flats, was the site of one such project. In the mid-1780s a borehole was drawn from the Hotwell directly below, known as Sion Spring. But poor access stopped Clifton becoming an early success; travelling up Granby Hill was a frightening experience, while the other option was 200 slippery steps. Not surprisingly most visitors opted to stay in Hotwells. 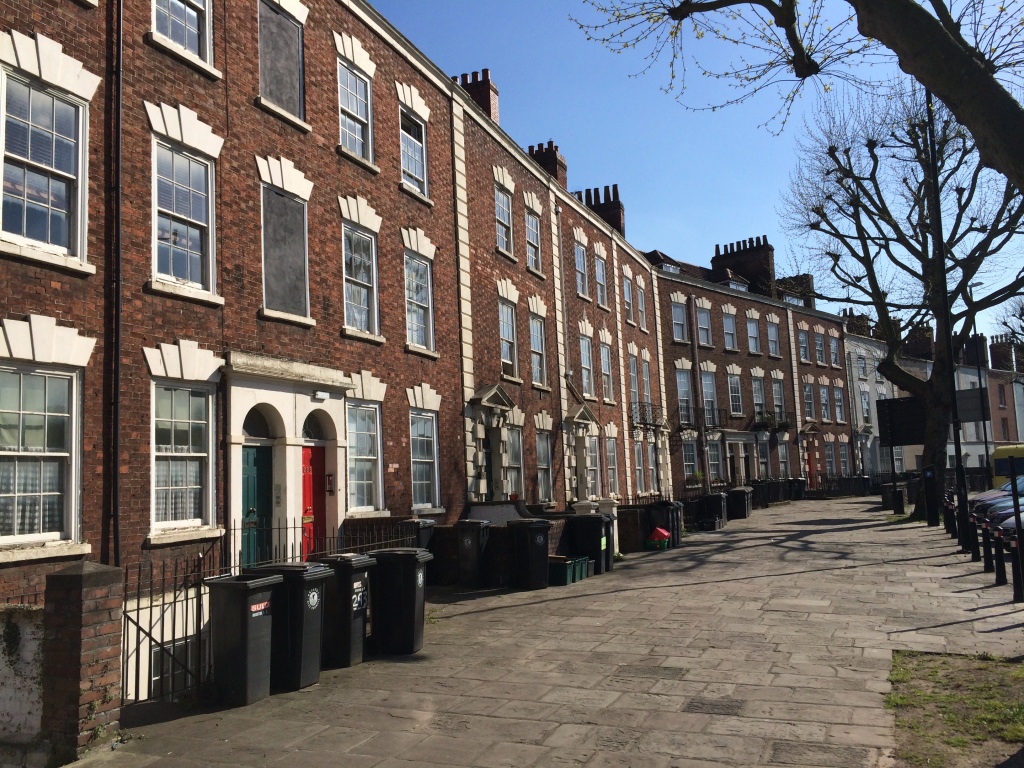 But the boom in Hotwells didn’t last forever. Numerous wealthy merchants lost money as a result of the wars with France and there was an effort to cut back on luxuries such as trips to spa resorts. At the same time seaside resorts, such as Scarborough, became increasingly popular for vacations. Upmarket spas were also opening up abroad. Then there were questions about the water itself. In the early 20th century it was found to be highly radioactive, but even before that some medical professionals claimed that getting sea air was a much better cure for illnesses compared to the water.

Considerable attempts were made to revive the spa, including the construction of a new Tuscan-style bath house. But in 1867 that too was demolished so that the river could be widened enabling bigger ships to pass. After the decline of the spa and a slump in shipping, there were many people living in poverty in the area, with records of charities being set-up to distribute blankets and food. 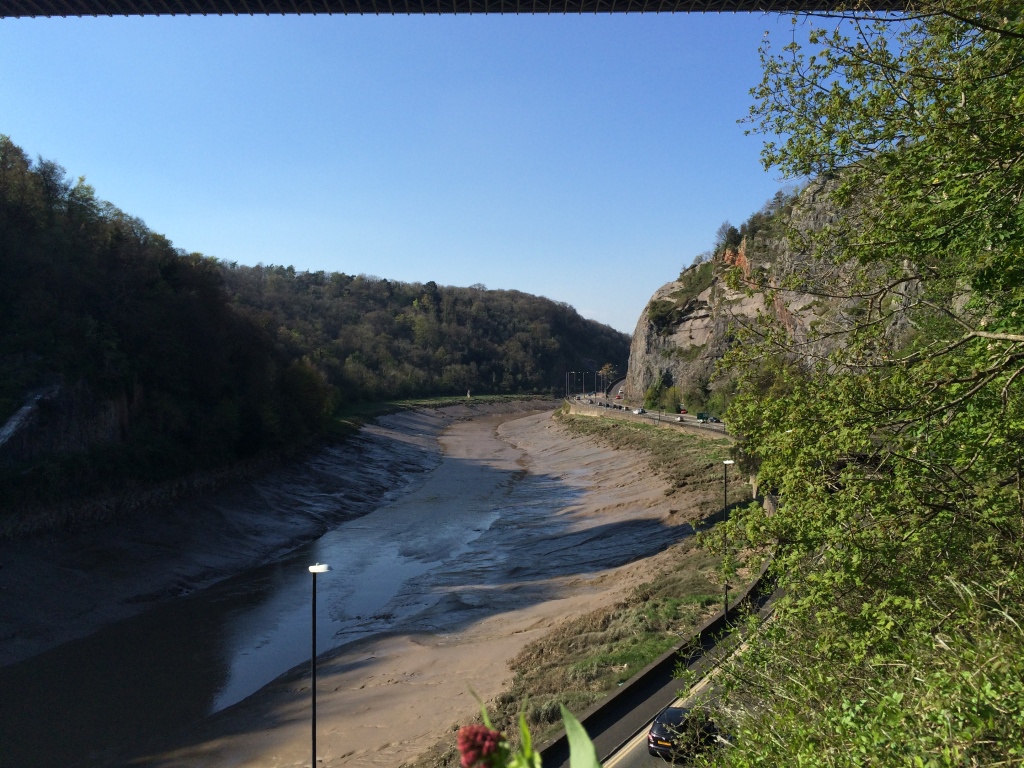 The fine setting in the Avon Gorge

If you are in Hotwells at low tide you may be able to see the historic spring that powered the popular Georgian spa trickling onto the river bed. But while some contemporary buildings remain, sadly most of its heritage has disappeared into the abyss of time. But Bristol’s spa shouldn’t be completely forgotten. Its place in tourism history is just as deserved as better-known Bath. The Hot Well was one of the true wonders of the Georgian age.