Load up the website of the Worshipful Company of Cutlers and look at the organisation’s coat of arms. Flanking a red painted shield with three pairs of crossed swords, the eye is drawn to two white elephants standing on their back legs and with their trunks raised.

The presence of these animals – originally from Africa – provides a useful clue as to how this ancient City of London livery company made its fortunes. Receiving its first Royal Charter from Henry V in 1416, the brief history on the front page of the website says the guild’s function was to “protect the interests of its members, to attend to their welfare, and to ensure that high standards of quality were maintained.”

But in the description of “producing and trading in knives, swords, and other implements with a cutting edge” and later “other domestic wares” there is, some would argue, a big omission. If it wasn’t for raw materials from Africa – such as the ivory depicted in the Cutlers’ emblem this and other guilds wouldn’t have been able to operate.

It was the search for this “black history” that got me on to the Cutlers’ website in the first place. Tony Warner, who runs Black History Walks, had hailed it as an example of how aspects of the past have been hidden away when I went on one of his specialist guided tours of the old City of London recently.

Anyone who knows even a little bit about the capital’s history will know how powerful a role the guilds have had in years gone by. They were essentially cartels, where prices were fixed and free trade barred, while also being in a powerful position of electing the Lord Mayor each year.

The guilds that survive still look after their members and invest considerable sums in charitable projects. Some have funded schools over the years for example.

I’ve walked past many of the remaining guild halls over the years, but have never really stopped to think how their wealth was generated, so I found the walk extremely enlightening.

One of our first stops was outside Goldsmiths Hall, not far from the Museum of London. The towering stone building is very impressive from the outside, but I’ve been inside as well and know the interiors are even more magnificent. There is quite literally gold everywhere – from ceiling decorations and table ware to watches and rings in cabinets.

Goldsmiths Hall in the City of London

But none of these high priced finished items could be made were it not for the gold itself extracted from mines in places like Ghana (formerly known as the Gold Coast). Tony’s point on the walk was that while people have become rich on the profits of Africa, the wealth generated hasn’t filtered through to the countries where the natural resources are found.

One troubling episode of history that I’ve written about before on this blog is that of 18th century transatlantic slave trade, where Africans were forcibly removed from their homes and transported in terrible conditions to the West Indies. Upon arrival they were sold and made to work long hours in sugar plantations.

Although the slave ships typically left places like Bristol and Liverpool, much of the wealth found its way to the City of London. Lloyds of London, for example, was a company set up to insure the human cargo on these voyages and is today worth billions. But if you look at the history on their website you won’t see anything written about slavery – the origins of the company are in “ship and cargo insurance.”

The coat of arms of Company of Tobacco Pipe Makers and Tobacco Blenders actually includes two Africans working on a plantation. They were so central to the ability of this guild to create its wealth that the designers clearly – and appropriately – thought they should be included.

In the Guildhall there is a statue to William Beckford. The description says he was twice Lord Mayor of the City, but there is nothing to say that his vast wealth was generated from sugar plantations in the West Indies.

Tony Warner set up Black History Walks because, in amongst the traditional tours taking tourists to London’s well known attractions, he believed that an important part of the City’s past was being neglected. Starting in Black History Month some eight years, he now runs walks all year round. I first heard about him from watching the BBC’s Great British Story, presented by Michael Wood and was pleased to have finally made it on a tour.

He was passionate about his subject and frequently asked questions of the group.

The running theme through the walk was that the limited black history most seem to know about tends to be negative and where Africans were dehumanised, like the slave trade And even then, why is it not really taught in schools that the enslaved people fort back against their masters? The likes of William Wilberforce and Thomas Clarkson helped to end the trade, but Africans like former slave Equiano who lived in London and through his writing and lectures was a key figure in the abolition movement.

Tony made the point that black people have made a positive contribution to London for a very long-time indeed. We were shown a picture of a black trumpeter called John Blanke at Henry VIII’s tournament in 1511 when he was presented with a son by his wife, Catherine of Aragon. Musicians’ payments were included in the accounts of the Treasurer of the Chamber (it is believed “Johne Blanke, the blacke trumpeter” was paid 8d a day).

Westminster Tournament Roll (1511) – courtesy of The College of Arms, London

The image is from the Westminster Tournament Roll, a pictorial illuminated manuscript which is held at the College of Arms and is about 60 feet long. It depicts the beginning, middle and end of the lavish tournament, which took place over two days, and would have included music, drama and poetry.

But much earlier, during Roman times there were Africans here. We stood and reflected on this latter point overlooking the ruins of the old Roman fort near the Museum of London, where Africans would have lived in a military base. And in the years that followed, black people came to London as musicians, traders and other roles.

It was appropriate to end the walk at the Bank of England because this institution has been at the centre of black history for many years. During the 18th century it was nicknamed the “bank of the West Indies” given the source of most of the money it lent. And much later it – along with many other British companies like Lloyds Bank – supported the apartheid regime in South Africa that kept Nelson Mandela in prison for 27 years.

Walking past this and other important buildings in the City, most won’t think about where the wealth really came from. But delve into the history books and you’ll be surprised how closely their past is linked to Africa and the West Indies. The frieze on the Bank of England building featuring lions is a fitting reminder of how dependent we have been on that resource-rich continent over the years. How much the capital owes to its black history. 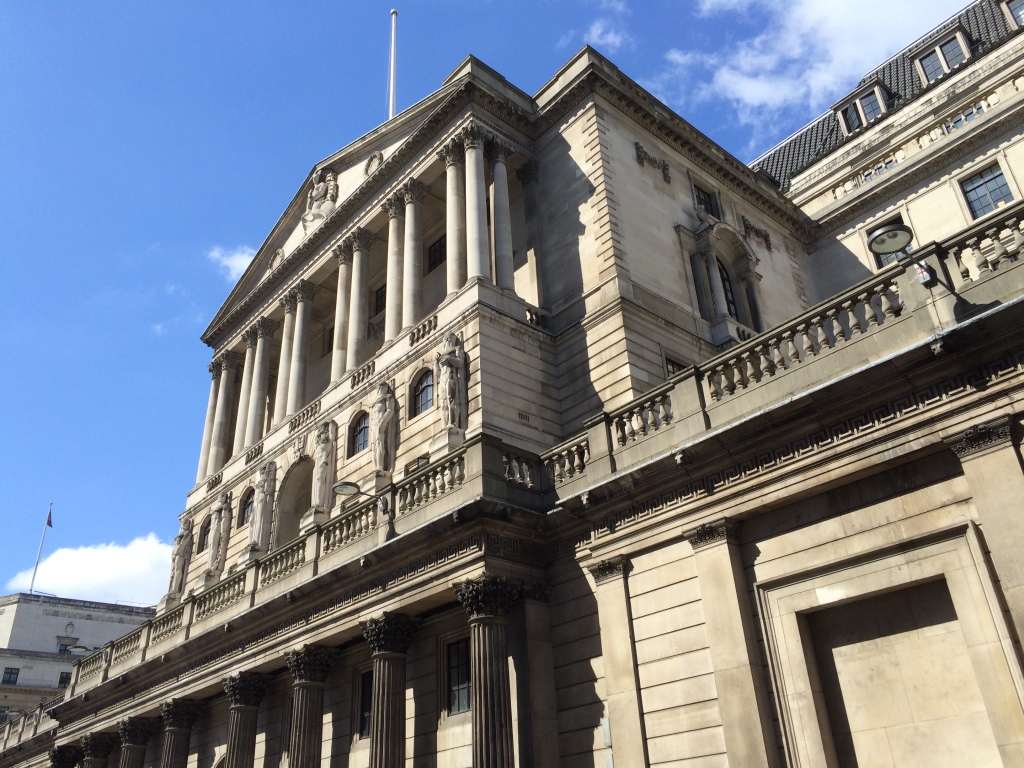