Harrow is an area of north London in the shadow of Wembley Stadium that’s full of contrasts.

Step out of the station at Sudbury Hill and you are greeted by a shabby high street with bookies and fried chicken shops, but a mere 10 minutes walk up the hill it’s upmarket outfitters and tapas bars that are the order of the day.

The plusher part of Harrow – Harrow-on-the-Hill – is dominated by scattered buildings belonging to Harrow School. As I walked through the village for the latest leg of my Capital Ring adventure, I encountered numerous signs for the 12 boarding houses and teaching blocks, as well as facilities such as a for pupils and the school shop (selling a range of souvenirs and open to the public on weekdays).

Established in 1572 by John Lyons, a local landowner, Harrow is one of the country’s most elite public schools (and is restricted to boys, aged 12 and above). Alumni include Winston Churchill, Anthony Trollope and Lord Byron. 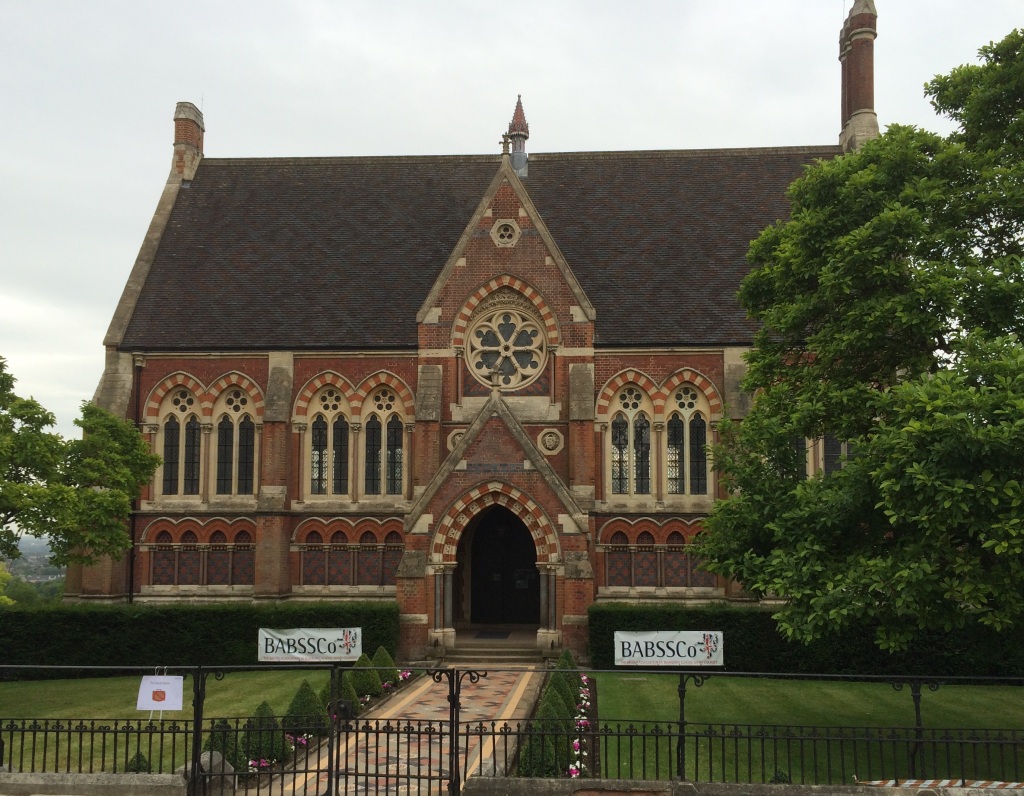 I visited during the summer holidays so there were no pupils around, but if you catch-up with the recent Sky One TV series A Very British School you will get a fascinating glimpse into what school life is really like. The 800 pupils – wearing distinctive white trousers, blue blazers and straw boaters – move between Harrow’s different sites during the day, portraying everything from bleep tests to the end-of-term play.

But with fees standing at £30,000 per year, it’s a school that’s restricted to those in positions of wealth and privilege. Average class sizes are just 12. And expectations for graduates are high. “You, as young men, follow in the footsteps of those giants of old,” the new intake were told of the alumni on the Sky One series.

I had a look at the original school building on Church Hill (completed in 1619, according to a plaque), before passing it’s fine chapel and library and then continued along a public right of way over its sports pitches. Capital Ring way marker signs disappear here, as you pass tennis courts and a running track, eventually reaching Northwick Park Golf Club. 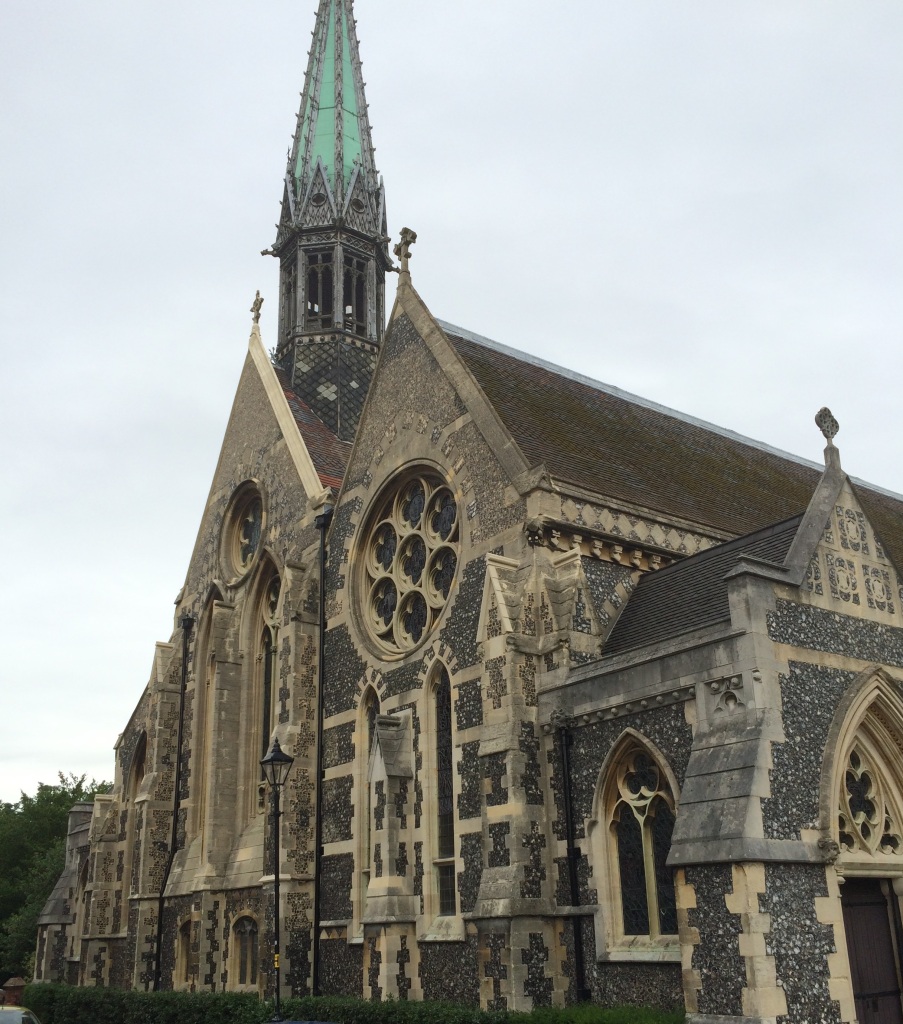 Given the navigation difficulties, it wasn’t until after South Kenton station that I could fully appreciate the Capital Ring again (until then I was constantly looking at a map I had printed out, worrying which way I needed to go).

There was quite a lot of street walking on this leg of the route, but I enjoyed a number of green open spaces during the course of the day. Fryent Country Park (the name comes from Fryent Farm which was once owned by a holy order of Friars) was made up of deserted forest paths and fields with tall grasses that rattled in the wind. The peace was only disturbed by rickety old Underground trains that whizzed past every now and again in the distance.

I also found it pleasant walking along on a path on the banks of Brent Reservoir, which has a park on one side. The water is used by a watersports clubs, but the most action seemed to come from Police divers who had cordoned off a section and were clearly looking for something or somebody.

Moving on, Hendon Park had nothing special to report – it was little more than an open expanse of greenery. It was however a perfect spot to catch-up on a weekend newspaper while overlooking the deserted field. Sitting amongst the peace and quiet, I was oblivious to the fact that the Brent Cross shopping centre and the M1 motorway were quite literally just around the corner. 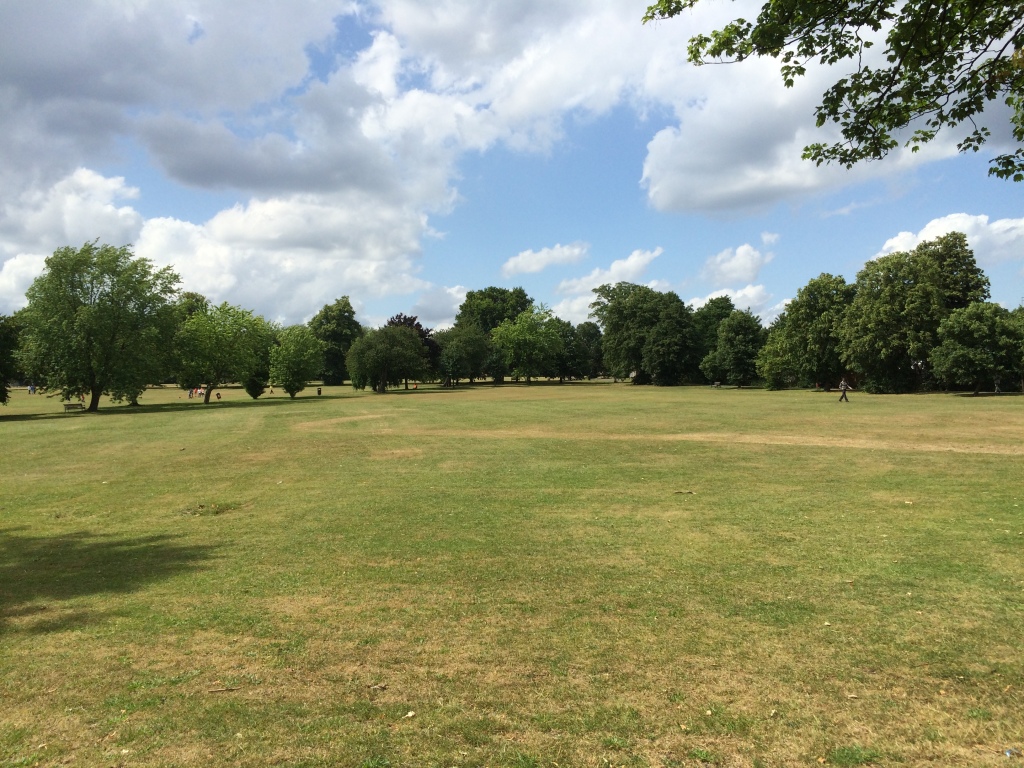 Given the network of roads in these parts, not least the North Circular – built in the 1920s and dubbed the country’s nosiest road – you might expect a far from peaceful walk. Yet as I continued my route in Brent Park, along by the River Brent, for some sections I couldn’t hear any traffic at all. And that’s the joy of the Capital Ring – you are often very close to busy streets, but enclosed by the canopy of trees (as I was here) it’s possible to feel a long way from the hustle and bustle of the capital.

After a considerable walk today, I finally reached Hampstead Garden Suburb – just before my intended destination for the day at East Finchley station. This development was launched in 1907 and was designed to ensure residents had plenty of greenery around their homes, with parks, open spaces, trees planted and wide walkways.

Many of the houses look like they have come straight from rural villages and involved contributions from a number of leading architects, but was principally planned by Sir Raymond Urwin.

It was a social experiment, where people of all classes could have a beautiful and healthy place to live. Scheme rules prohibited noise being made (there were even restrictions on church bells), houses were planned so they didn’t spoil their neighbour’s outlook and the width of roads were also stipulated. Much of this required new legislation, so the Hampstead Garden Suburb Act (1906) was passed.

Henrietta Barnett one of the original promoters of the scheme wanted to show “how thousands of people, of all classes of society, of all sorts of opinions, and all standards of income, can live in helpful neighbourliness”, and that this was to be achieved in such a way that “from every part there shall be good views or glimpses of distant country”.

While Hampstead Garden Suburb remains a pleasant place, just as its architects intended, it is open for question just how many people on low incomes now live here. On my short visit to the area, it looked fairly well to-do judging by the cars outside houses. But – just like Harrow at the beginning of my walk – it’s a place I am keen to explore more.

My trip along the Capital Ring continues next Thursday on Pastinthepresent.net when I walk from East Finchley to Stoke Newington. If you have missed any installments from my trek, you can read all the articles that have been published so far here.