Jack the Ripper stares you in the face as you emerge from Tower Hill Underground station. He’s not there in person of course, but in the form of advertising boards for nightly tours that charge around the East End sites associated with the infamous murderer and his victims.

Anyone wanting to find out more about Ripper now also have the Ripper Museum in Cable Street, a mere 10 minutes walk from the station. To say its recent opening has been controversial is an understatement. Protesters ordered that it’s closed down and its owner – Mark Palmer-Edgecumbe – has apparently received death threats.

The problems started when the hoardings for the new museum came down and people saw it was dedicated to Ripper – and not a women’s history exhibition, as had been billed in the planning application.

Yes, the museum discusses the victims of Ripper and the tragic lives they lived, but a museum about women it is not (the subheading on the leaflet I was given read: “….and the history of women in the East End”). Had the focus truly been on the latter, a much broader spectrum of people (many who had achieved remarkable things) would have been included, rather than just those who had been less fortunate. Given this narrow representation of East End women, I can understand why some are angry.

But when I visited I tried to put the backstory aside and look at it for what it now essentially is – a museum about Jack the Ripper. In this respect, many Tripadvisor comments are very positive. “Well worth a visit,” reads the headline of one review. And “the museum is a wonderful treat,” writes another. Meanwhile, a governor of schools in East London says: “The staff are well-informed and helpful, and there’s plenty to learn – it would need a couple of hours to take it all in”.

Visitors are encouraged to start on the first floor of the museum – set over six storeys of a period terraced house – where you walk into a mock-up of part of a dimly lit Mitre Square, including graffiti on the walls. It was here on September 30th 1888, that PC Watkins found the body of Catherine Eddowes, Ripper’s second victim of that day. There’s little in this room, bar waxworks of the two characters and an example of the sort of wooden cart that would have be used to take away the dead to the morgue. 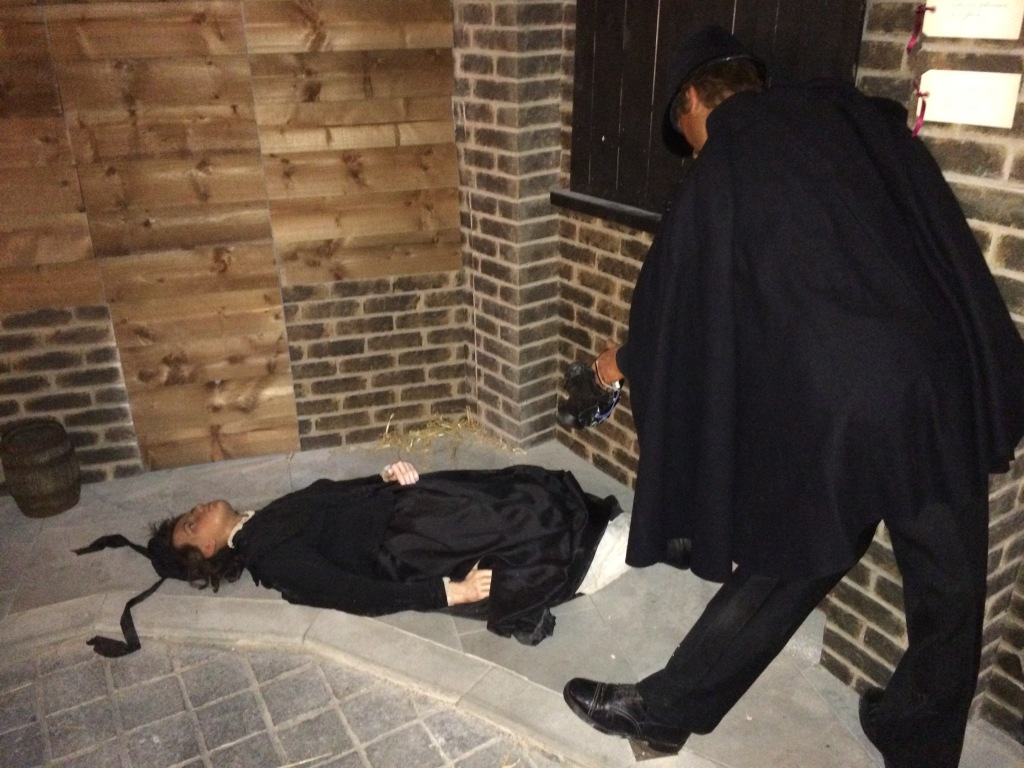 The most ridiculous room in my opinion is the one found on the second floor. It is meant to depict with what Ripper’s sitting room could have look like, but given we don’t know precisely who Ripper really was (they’ve assumed here Walter Sickert was the prime suspect, but there are many others) it pure speculation. The curators have thrown in some nice furniture and items like medical instruments, books on dissection and drug bottles, but I am not sure what it all achieves.

Moving up a floor, you find yourself in a mocked up police station. There are some interesting items on display here, including the notepad, truncheon, handcuffs and whistle used by PC Watkins and shown to the public for the first time. There is a crime board displaying the murder sites and evidence collected, but given the small historic print it is quite hard to read – especially when more than a couple of visitors are crowded around the table.

Finally, at the very top of the house, the bedroom of one of the victims has been depicted. They’ve kept it simple, with an uncomfortable bed (with a straw mattress to be authentic), some gin bottles and bonnets that women used to cover hair that was rarely washed. The individuals are also profiled on sheets of paper stuck to the wall, with “rare photos” included.

You can find out (a little) more about how they were killed in a mocked-up mortuary (with stained glass from the original building) in the basement, with black and white autopsy photos of the victims. 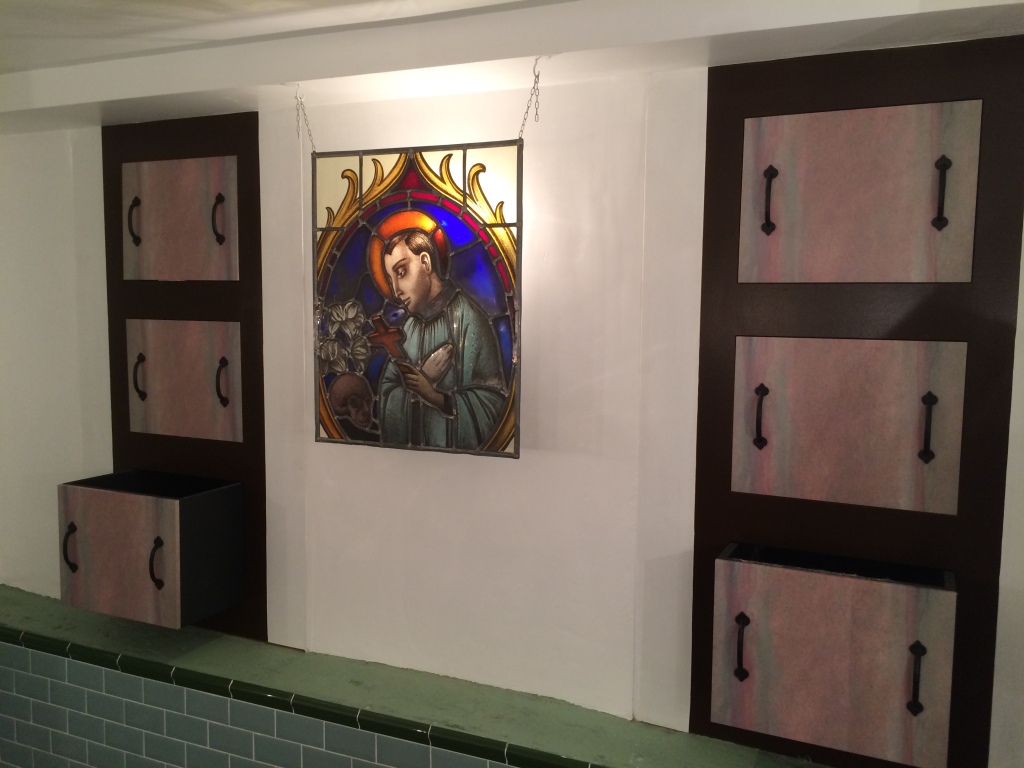 While parts of the museum are lacking in substance, it is far from the tackiest attraction in London. The city deserves a Jack the Ripper museum, so I’m hoping that it will develop over time.

I would like for example to see (in larger print!) more discussion about the investigation and the possible suspects. Given the volumes that have been written over the years, there must to be more to say than what is currently on display.

The curators have done well to display contemporary news headlines on staircase walls that proved this was a huge story for Londoners at the time, but I think it would be interesting to have some discussion as to how it has been reported since then. We are still obsessed by Ripper it seems. And it would be good to include some video as well, perhaps a short film introducing the events of 1888 and setting the scene for visitors.

If the museum takes on board the feedback of visitors and innovates in the coming years, I think it can be established as an important London visitor attraction that treats the victims with respect, whilst educating visitors at the same time. But an exhibition that truly celebrates the achievements of women, as was originally promised, from all walks of life must also be built. 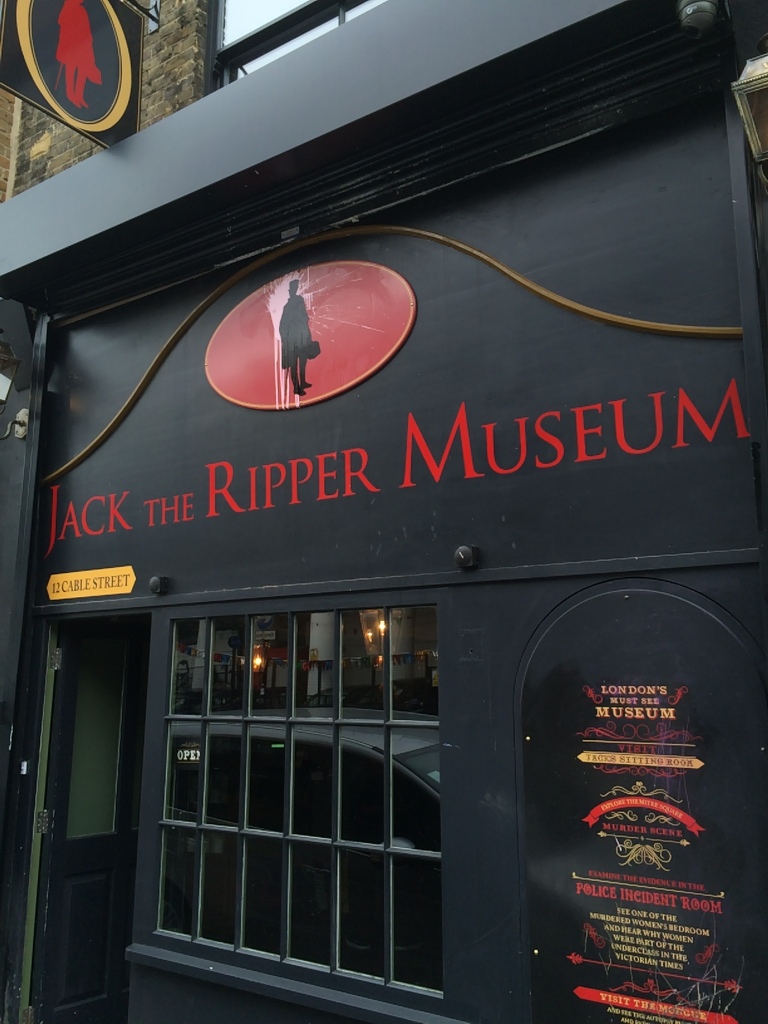