Parts of the City of London can resemble a ghost town at the weekend when offices – along with many pubs and shops – are closed. While a number of new residential developments have sprung up in recent years, the square mile is largely regarded a business district and after the working week is over the streets and alleys become extremely quiet.

The weekend that has just passed, however, was an exception to this rule as thousands of spectators turned out to take in the lavish processions that form part of the Lord Mayor’s Show. From my vantage point on the Victorian Embankment, I watched on Saturday as more than seven thousand participants paraded through the City’s streets in and on a range of vehicles, from vintage cars and boats to tractors and a Batmobile.

Some 20 bands ensured the procession, which set off from Mansion House just after 11am, remained loud and lively. Representatives from the City’s historic livery companies played donned traditional outfits and took to the colourful floats, while representatives from our armed forces marched behind the musicians.

But as the name of the event suggests, at the centre of all the action was the Lord Mayor of London himself who travelled in a plush, 300-year-old gold carriage pulled by horses (displayed for the rest of the year in the Museum of London) along the circular route that took him along Cheapside, Fleet Street and Queen Victoria Street.

In an age old tradition (which this year celebrates its 800th anniversary), the new holder of this honoured position, Alderman Jeffrey Mountevans, began his first day in office in Westminster by swearing loyalty to the crown. He then boarded the QRB Gloriana, a traditional Thames barge used during the Jubilee celebrations, which formed the head of a flotilla made up of colourful boats from the capital’s livery companies and port authorities for its destination of St Katherine’s dock on the edge of the City. 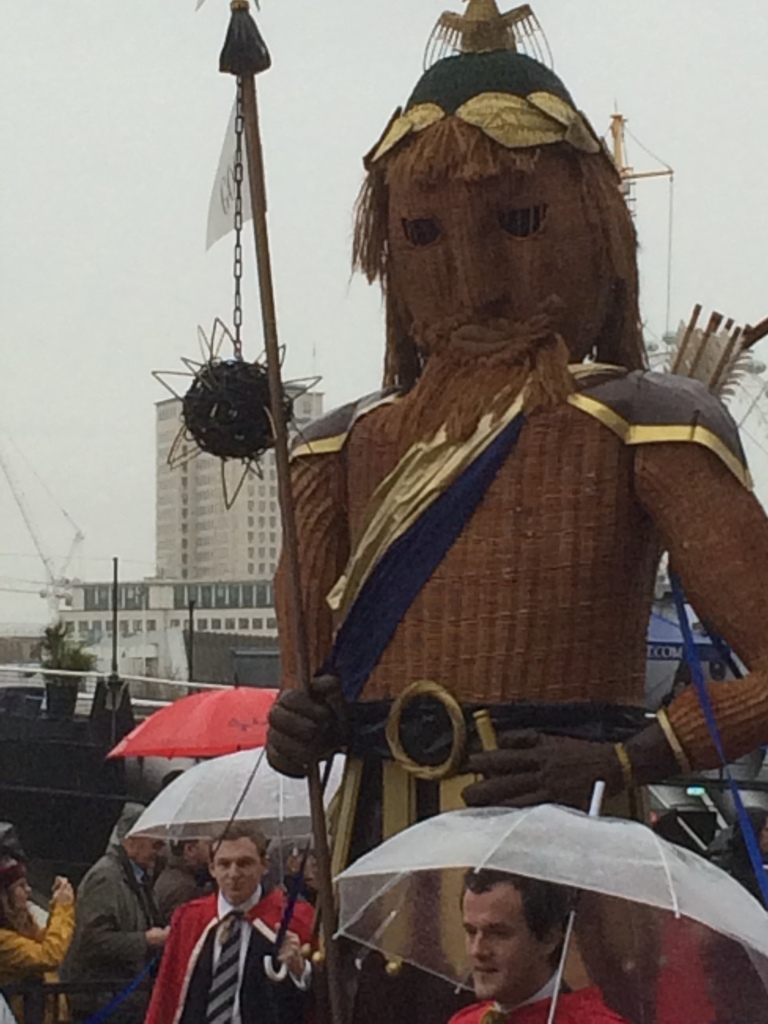 Saturday was not only a celebration of the 800th time this ceremony has taken place (Mountevans is the 688th holder of the post), but also a chance to hark back to 1215 when King John was persuaded to issue a royal charter that actually enabled the City to elect its own mayor in the first place. The king had been forced to sign the Magna Carta earlier that year by unhappy barons who were fed up that large amounts of funds had been wasted through war in France. Part 13 of this document recognised the City’s independence:

In the 800 years since the charter was issued, a succession of Lord Mayors have pledged their loyalty to 34 kings and queens of England in Westminster, away from the safety of the City of London. Now watched by millions of people around the world on TV, it has over the centuries been immortalised by everyone from Samuel Pepys to William Shakespeare.

Although the Lord Mayor doesn’t have as much power as London Mayor Boris Johnson, it is still considered an important role, with an important emphasis of representing the City’s business and financial interests around the world.

The evening’s fireworks were cancelled (traditionally used to close the Lord Mayor’s Show) as a mark of respect to the victims of Friday’s atrocities in Paris. And despite the rain, spectators – sheltering under a sea of umbrellas and donning ponchos – enjoyed a spectacular festival.