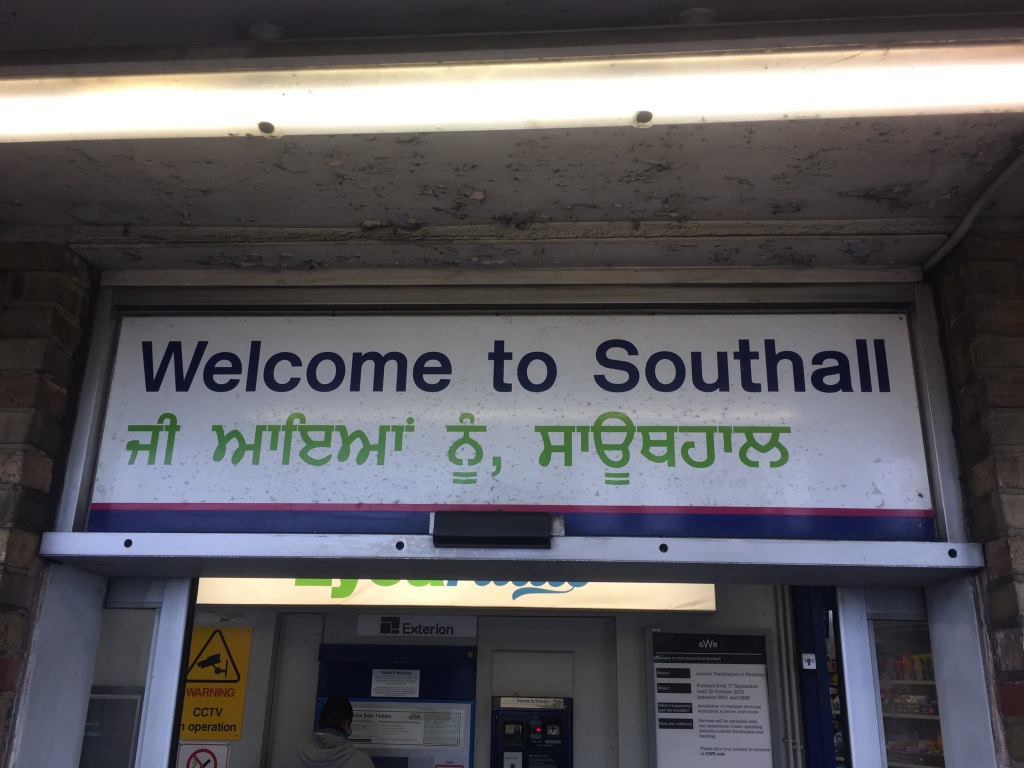 Travellers have long craved familiarity when they travel the world. And the Indians who moved to Southall, west London, from the 1950s were no different. They set up shops and other businesses which were familiar to communities back home, making this corner of Britain’s capital particularly distinctive today.

The wonderful bazaars that stretch onto the high street and sell everything from colourful fabrics to elaborate ornaments have been passed down from generation to generation. Some of the older people who moved to Southall all those years ago have apparently never left this self-contained London suburb.

I toured the area in the insightful company of journalist and author Monisha Bharadwaj, who runs an Indian cookery school in Hounslow, so food was a particular feature of the visit. We were taken into the supermarket Quality Foods, where biryani tastings were offered by a producer, and then watched a street trader make traditional deep fried sweets.

There are many outlets here that you would find on any other high street up and Britain like Greggs or KFCs, but most are Indian businesses, such as travel agents specialising in travel to the continent or Indian banks.

Perhaps that most interesting looking business I saw on my walk around however was “a personal marriage introductory agency” called the Suman Marriage Bureau, which a sign outside says it was established in 1972. In the age of internet, where dating sites are such easy to find, you wonder how an office such as this manages to survive. But they say that many of their clients tend to approach them “having spent several hours, and having gone to much expense” following this route, adding: “Having realised the benefits of having a personal relationship manager or team to find your spouse in today’s busy environment that most people have, it makes perfect sense.” 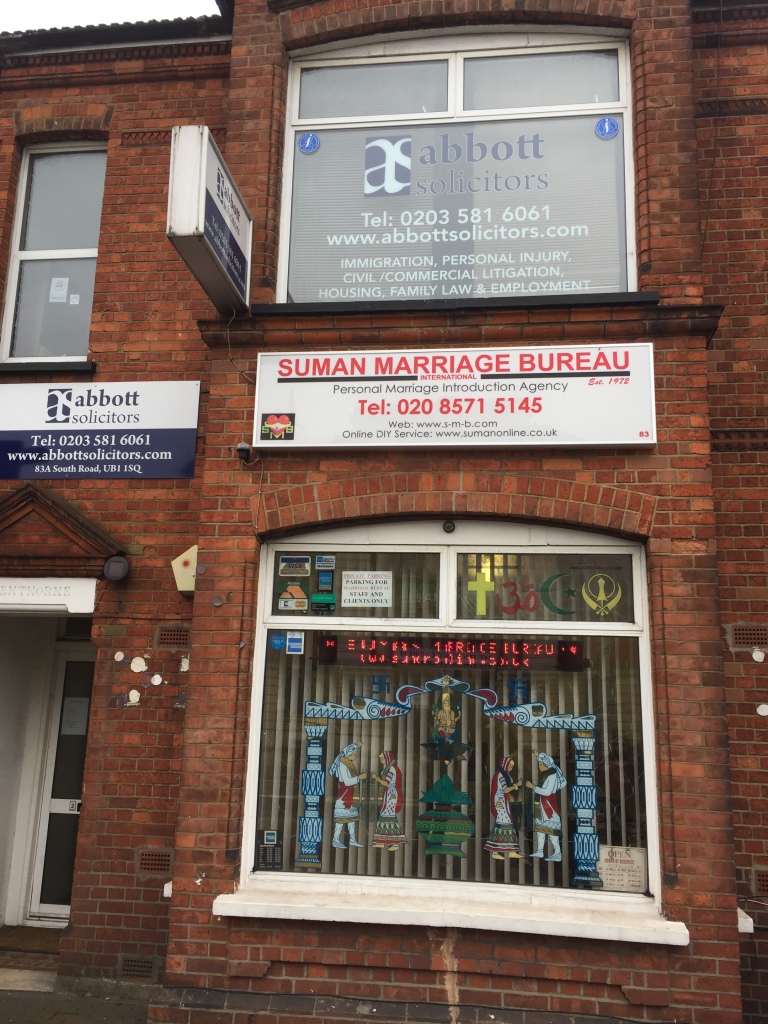 Around 55% of Southall population’s is today Asian and a variety of different languages and dialects are spoken by people living here, but it is Punjabi that you see on signs if you arrive here by train. It is the only station in England to feature dual languages.

Before the wave of immigration from the Indian subcontinent started in the 1950s, Southall was in many ways a typical English town. It boasted a market which dated back to the 17thcentury and many a traveller passed through here on their way to the west country. By the 19th century, industry in the area consisted of the manufacture of bricks, pottery and margarine.

The building of the Great Western Railway (which I used from Paddington for my visit) had a “remarkable change” on what was then the village of Southall, as a Middlesex parson recorded in the 1830s:

“The railway spread dissatisfaction and immorality among the poor, the place being inundated with worthless and overpaid navigators (‘navvies’); the very appearance of the country was altered, some families left, and the rusticity of the village gave place to a London-out-of-town character. Moss-grown cottages were retired before new ones with bright red tiles, picturesque hedgerows were succeeded by prim iron railings, and the village inn, once a pretty cottage with a swinging sign, is transmogrified to the ‘Railway Tavern’ with an imitation gaudily set forth that ‘London porter’ and other luxuries hithero unknown to the aborigines were to be procured within.”

Fast-foward a century and in the aftermath of the partition of India in 1947 (creating the separate country of Pakistan), Southall’s identity was to change again. Many those from Punjab, the state sliced into two and split between the new territories, fled to Britain to escape the fighting.

And in Southall they found a welcoming new home, not least because the two major factories – producing bread and tyres – urgently needed more workers. Indeed, the workforce at the latter, Woolf’s Rubber Company, was predominantly Asian by the 1960s and the India Workers’ Association had been formed to provide support to new arrivals to the area.

New housing needed to be built on what had previously been open fields and market gardens to cater for the new arrivals.

Many of factories the Punjabis originally came for are now closed, but there is still a requirement for workers in west London. Some people living here work at Heathrow airport, which has since the 1970s and 1980s expanded dramatically in recent years as new terminals have opened.

Southall has in many respects retained its identity, even if there have been changes. Himalayan Palace is no longer a lavish cinema, but the colourful building remains and operates as an indoor market. “Enjoy shopping in beautiful, architectural and historic surrounding,” says a large sign outside.

Religious institutions continue to play an important part in daily life here. We walked past a Silkh gurdwara (there are some 10 in the area, including the largest outside India) that was preparing for Diwali, an important festival in the Indian calendar, which all feature a kitchen. When the recent economic downturn was at its worst in Britain, Southall fared better than most areas because places like gurdwara continued to give out free meals (funded by donations) to local people. 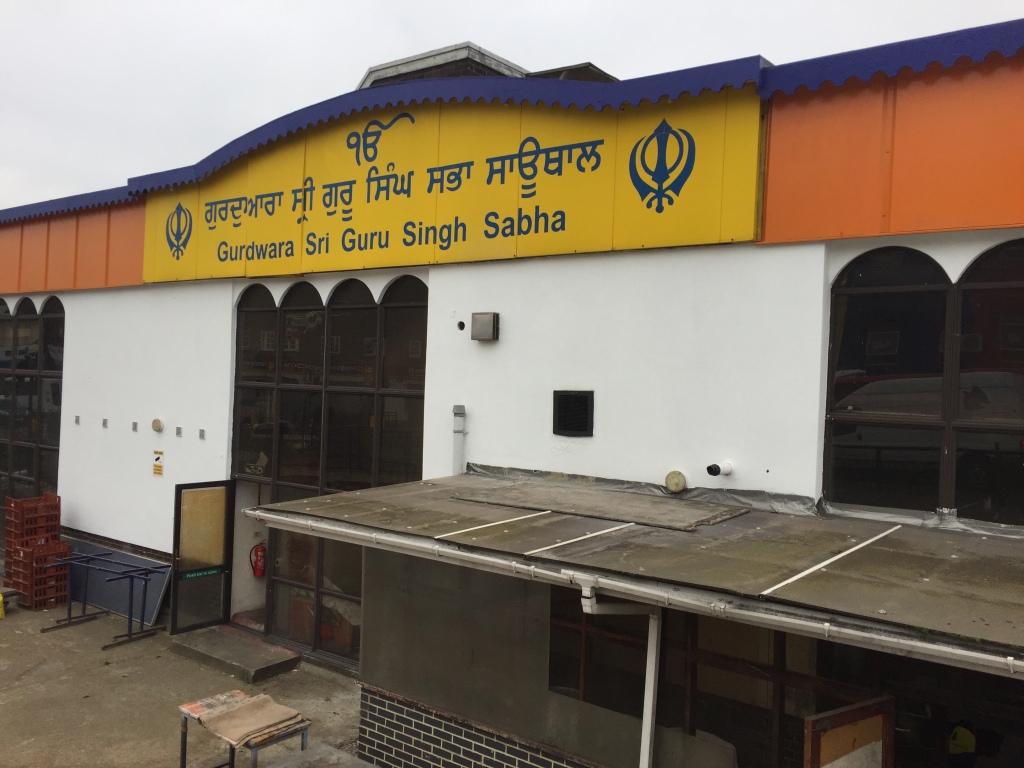 We also popped our heads into a Hindu temple, where midday on a Saturday hymns were in full swing and the group was invited to take a look around. The vibrancy here stands in contrast to the plight of some Christian churches in the area. In the centre of Southwall, the vast Kings Hall Methodist church building lies boarded up.

When Indians first settled in Southall it was predominantly those who had emigrated from the Punjab region, fleeing the violence of partition. But now influences from the entire country can be seen here.

The Glassy Junction pub, not far from Southall train station, was run by Punjabis. Customers would come here to drink Jonny walker whisky and it accepted Indian rupees. Now however it is a popular chain restaurant, serving food from south India, called Saravanaa Bhavan. Not long ago it would have been unthinkable for this sort of business to operate in Southall.

With Heathrow now expected to expand if the building of a third runway goes ahead, it’s quite possible that places like Southall will continue to grow as well to cater for housing additional workers. This fascinating London district is set for a new chapter in its vibrant history. 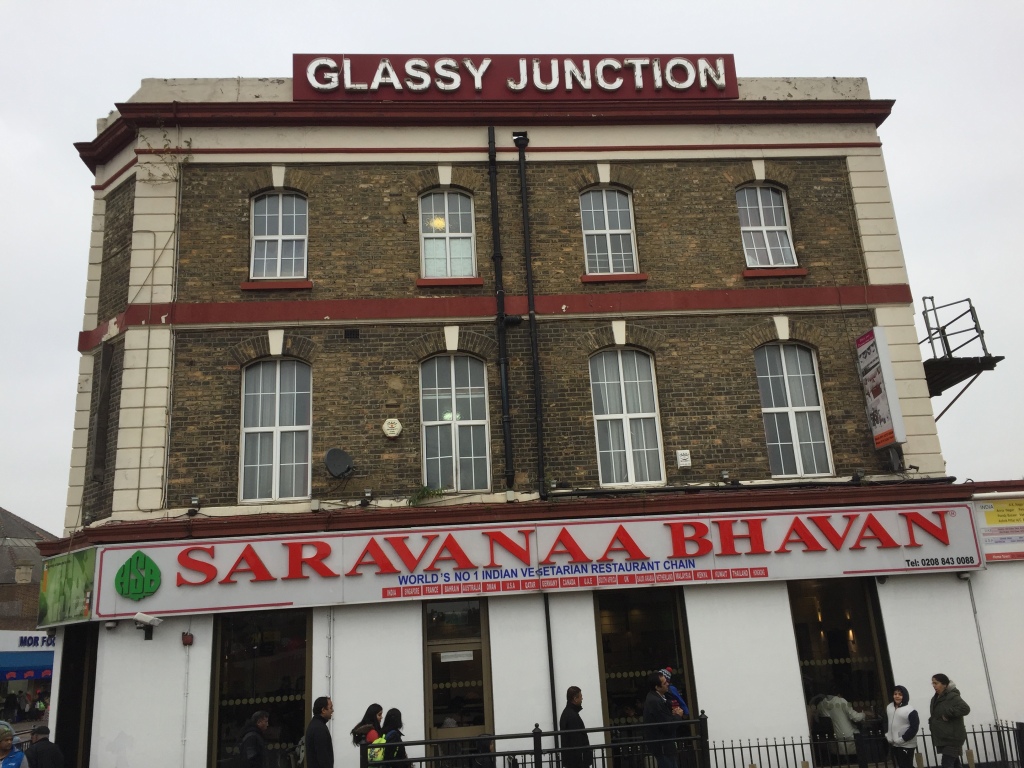 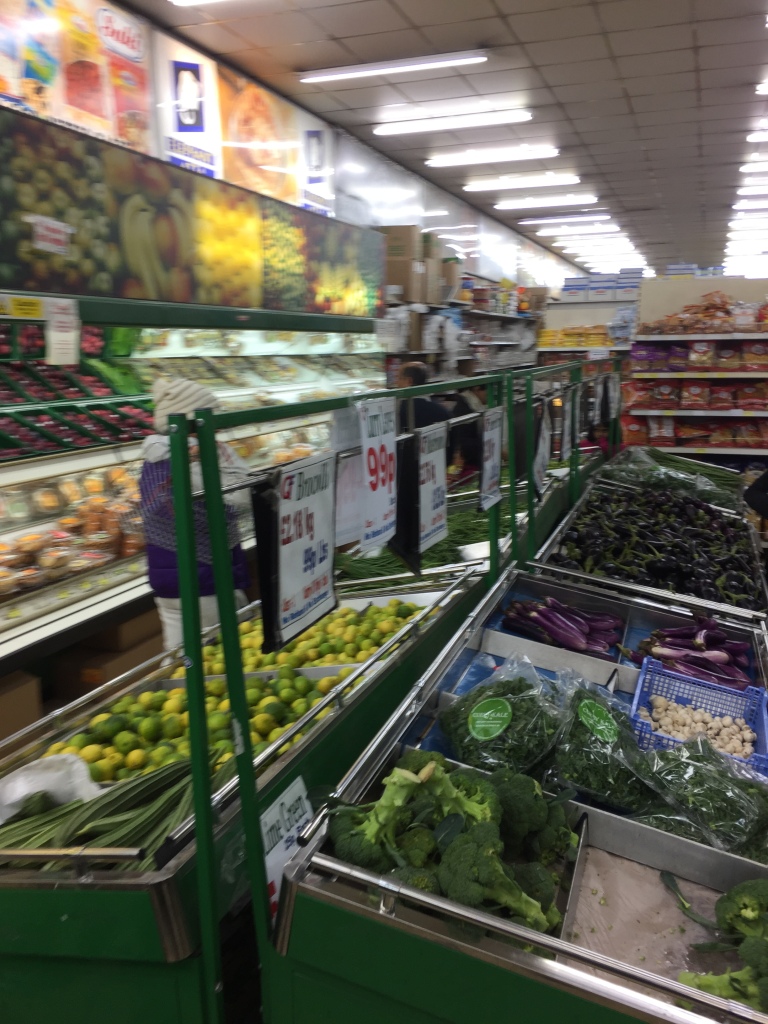 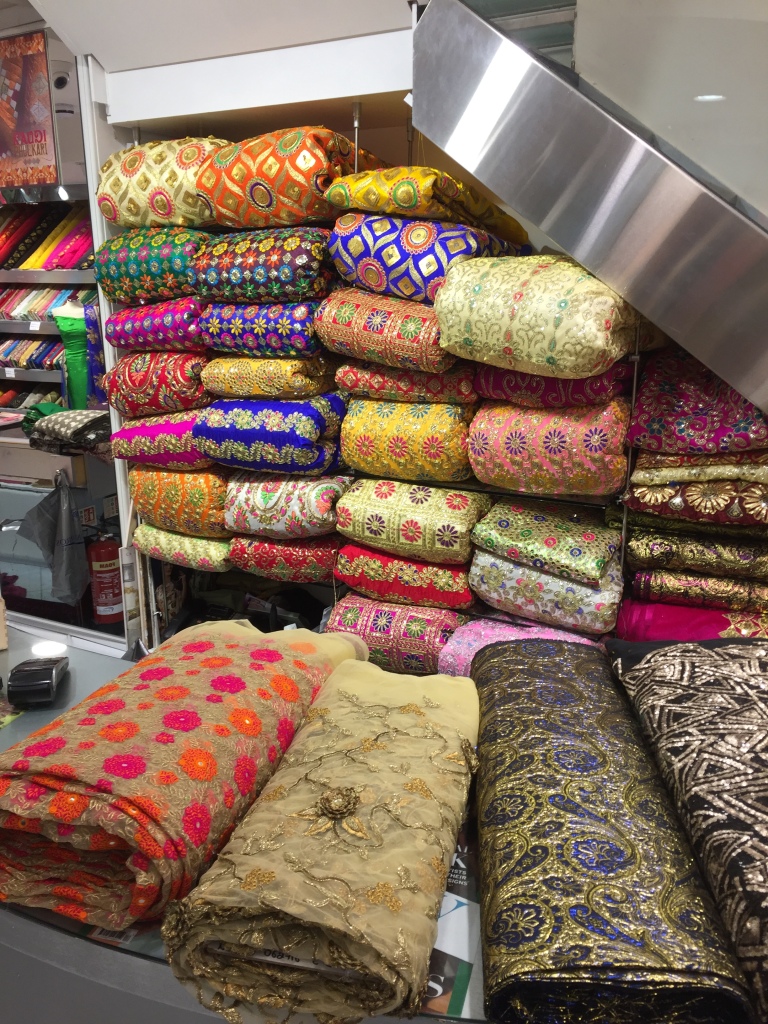 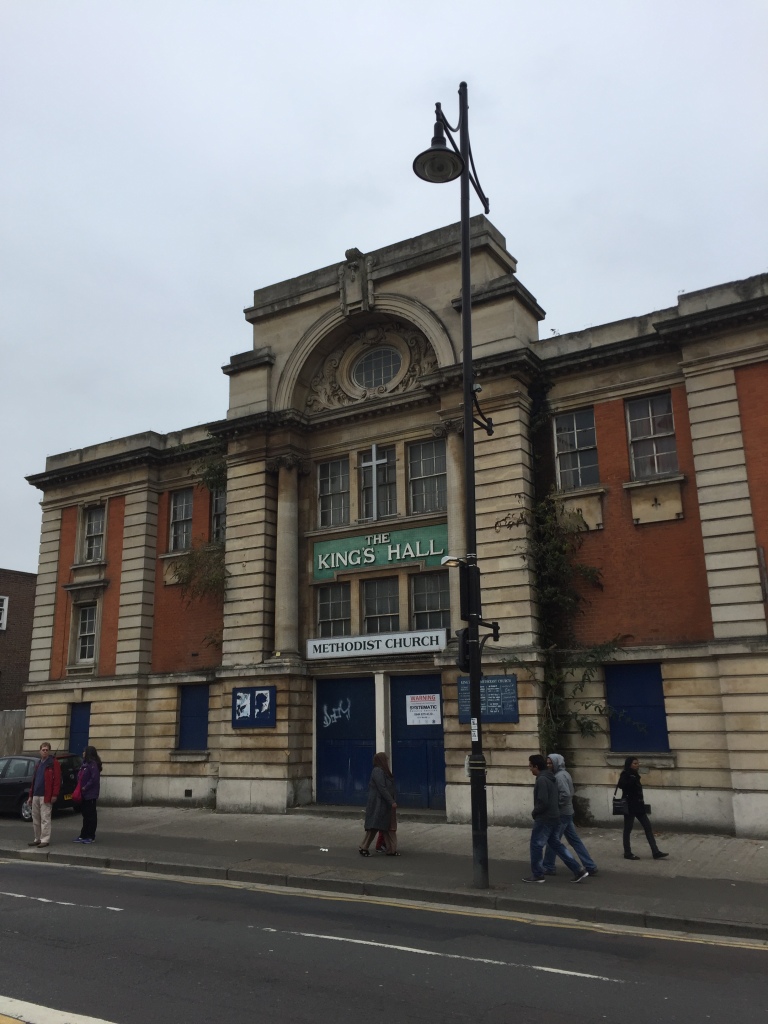 Boarded up Methodist church in Southall