‘Welcome to Fabulous Las Vegas’. The Canvey Island amusement arcade may have borrowed its name from the popular Nevada gambling resort, but there didn’t seem to be many parallels between the two. In the United States people come in their droves to watch lavish live shows, but at Essex’s version of Las Vegas only a handful of customers were playing on the flashing game machines when I visited on a late April Sunday afternoon.

Canvey’s main esplanade may not boast the crowds (the dull weather can’t have helped when I visited), but in many ways it seemed in a better state than many British seaside resorts. I enjoyed a perfectly reasonable Sunday roast at a restaurant called Estuary Views, on the first floor of the art deco Monico pub. As the name suggests, I enjoyed views over the Essex estuary – but also Fantasy Island, with its fairground rides, crazy golf and amusements.

From late Victorian times Canvey became a fashionable holiday resort. Visitors came from London in their droves to enjoy the clean air and the resulting healing properties this brought. In the first half of the 20th century it was the fastest-growing seaside resort in Britain.

An entrepreneur called Frederick Hester invested heavily on Canvey in creating attractions for visitors. He created the (now lost) Winter Gardens consisting of vast glasshouses containing flowers and woodland, along with landscaped parks and a model village. Hester also built a pier and promenade, as well as a mono rail which took visitors for rides through the marshes.

Hester bought Leigh Beck Farm and sold off plots of land for housing for Londoners who wanted to live by the sea. To tempt people to leave the capital and move to his Southview Park Estate, he even gave them free train tickets.

The project initially went well, but Hester ran into problems over land ownership and delays in obtaining materials. The entrepreneur was declared bankrupt and the Winter Garden structures were pulled down, however today the name ‘Glasshouses’ survives to denote the area where the buildings once stood.

But it was by no means over for Canvey as a tourist destination however as a new sea front – today the Eastern Esplanade – was developed in the 1930s and it remained a popular resort until the 1970s. 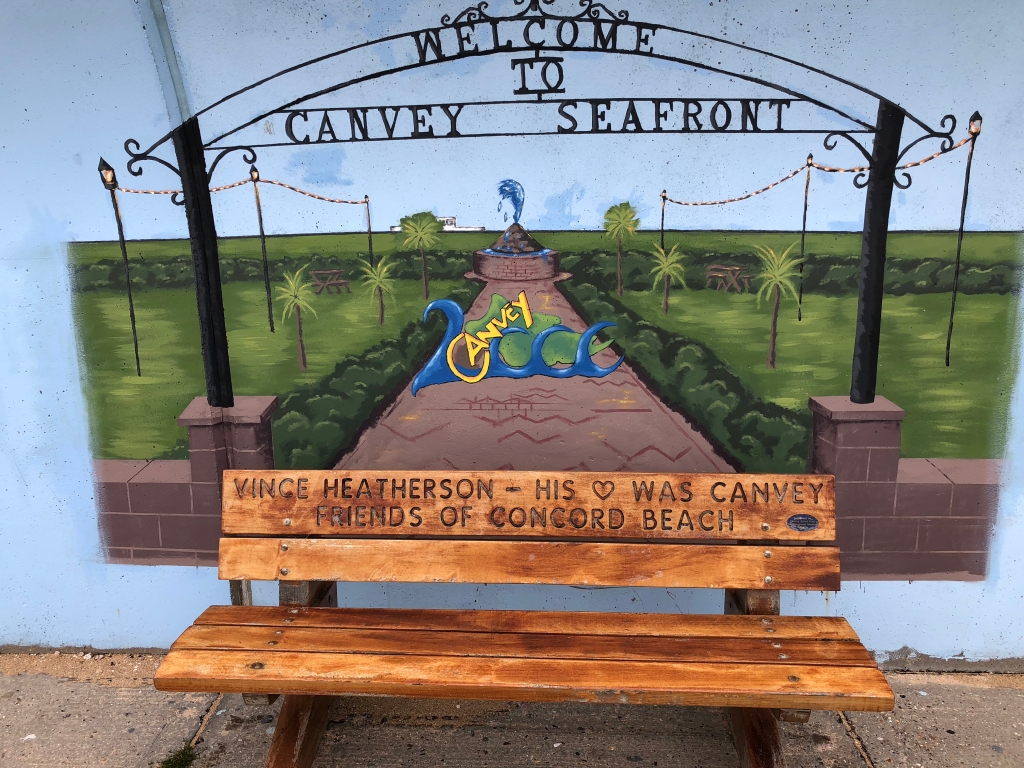 My journey to Canvey involved an hour long train journey from London Fenchurch Street station to Benfleet, followed by a short walk across a causeway onto the island. The flat expanse, which is separated from the Essex mainland by a series of creeks, covers an area of just over seven square miles.

Immediately on my right hand side I saw an array of battered boats and crumbling wooden jetties. Beyond that desolate green marshes stretched west as far as I could see. But I opted to explore the eastern side of Canvey first, following a path just inside the concrete sea wall running 14 miles around the perimeter of the island.

The protection barrier was erected after the devastating Great Flood of 1953 which claimed 58 lives (and it was upgraded again in the 1980s). Many of the victims died in their sleep as the effects of the tidal surge from the North Sea were quick to cover the low-lying island with water. Some 13,000 residents were temporarily evacuated from the island as a result.

On my walk the barrier – and my route – at first separated a golf course and yacht club, with the mudflats of Benfleet Creek just beyond that. Carrying on along the raised path I passed parks and football pitches. But on this side of Canvey it was housing that dominated – from simple bungalows and static caravans to box-shape semi-detached houses and vast luxury, glass-filled properties.

The route was popular with dog walkers and joggers, but as I carried on along the path to the eastern most part of the island (where I found boat builders and sail makers), I had stretches to myself. And although it was a grey day, I could still make out landmarks such as Southend pier in the distance. Eventually I reached the main esplanade with its fish & chip shops, amusement arcades, cinema and snooker hall, as well as some decent cafes.

Canvey has been inhabited since Roman times, but it was in the 17th century that Dutch engineers reclaimed land from the sea and joined together five islands as one, creating the land mass seen today. Following an agreement reached in 1623, they were given land as payment for their work and so many settled at what became known as Holland-On-Sea.

Two 17th century Dutch Cottages survive, one of which is the Dutch Museum (sadly closed during my visit). But the small painted octagonal thatched structures, with the dates 1618 and 1621 displayed on the front, were impressive to see from the outside nonetheless. Many streets on Canvey also have Dutch sounding names.

Back on the esplanade you can hop over the sea wall to walk on the shore side of the barrier. This section has been painted light blue and lively graffiti brings Canvey’s history to life. There’s a tribute to Dr Feelgood – the 1970s pub rock band hailed as the ‘greatest local band in the world’. The group was the subject of a 2009 Julian Temple documentary called Oil City Confidential.

Nowadays when it is sunny visitors and locals alike enjoy the sandy beach of Thorney Bay. But during the Second World War the island played an important role in protecting the estuary from attack and some traces of the concrete pillboxes survive.

Leaving the seaside attractions behind and carrying along the sea wall path, I had the next stretch entirely to myself. The views across the estuary to Kent may have be pleasant, but here you are hemmed in between the sea wall and vast petrochemical storage tanks, with thick pipes leading out to jetties in the water. At some points as you pass the plants the oil smells are quite strong. 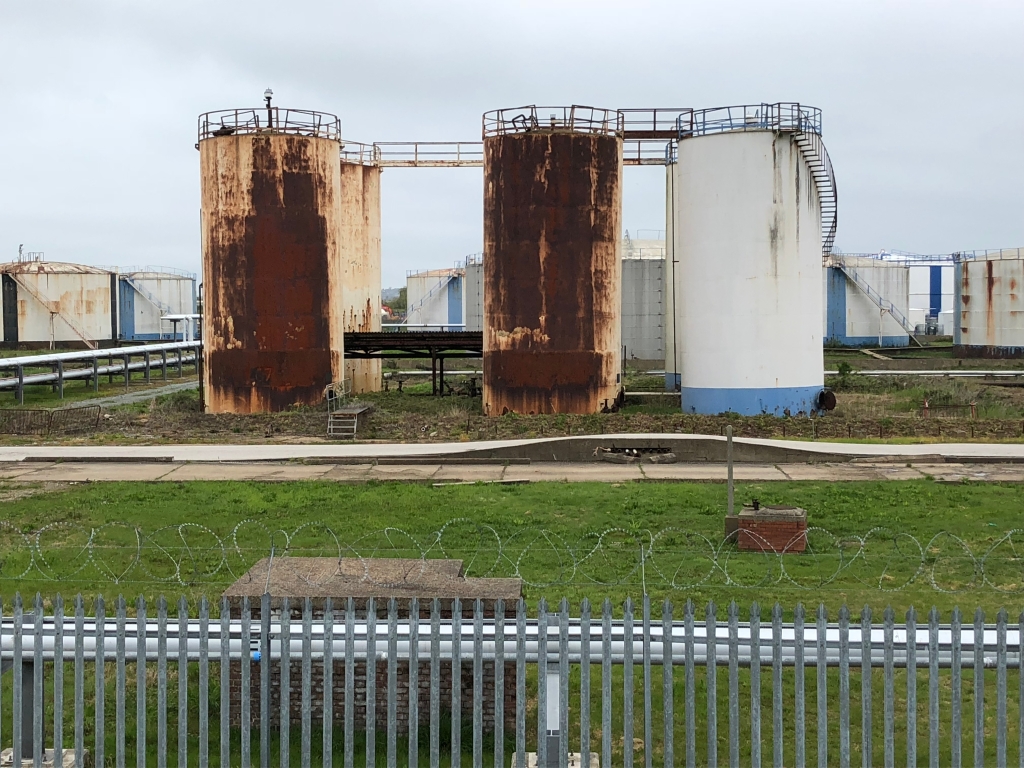 The first oil terminal opened on Canvey in the 1930s and the first for gas followed in the 1950s. Today, Calor Gas imports, stores and exports liquified petroleum gases, while Oikos provides storage for fined petroleum products. Tankers bring fuels from all over the world to Canvey, before the substances are transported across the country. I saw a Greek ship docked at one of the jetties when I walked through the area.

Quite unexpectedly white timber-painted Lobster Smack comes into view. There has been a pub on the site since the 17th century and it was re-built in the 18th century as the Worlds End. Many believe it to have provided the inspiration for the Sluice House in Charles Dickens’s Great Expectations, where Pip and Magwitch hid out (Sluice Farm survives nearby).

The Lobster Smack was used by smugglers who would wait in the pub for their boats to arrive and then leave by the back door, which leads directly onto the sea wall, to collect their booty. They would then quickly transport it onto the Essex mainland. In the mid-19th century the Lobster Smack was also known as a venue for bare knuckle boxing.

Today, there are just a scattering houses near the Lobster Smack and as I discovered not many people here, so most customers must arrive by car. Downstairs, I found the timber-beamed restaurant packed with people enjoying a late Sunday lunch. Upstairs there’s a sports bar, where football was showing on the big screen. I didn’t spot any sailors, who in the past would have stopped here for beer and food at all hours of the day and night.

Carrying on anticlockwise after the Lobster Smack, the island is much less developed. Horses graze on the open marshland and there is one of the most diverse bird reserves in Britain.

The people of Canvey voted overwhelming (73%) for Brexit, something that’s not surprising given the large number of St George’s flags displayed on buildings on the island. But for many islanders independence from the EU isn’t the only thing on their minds. Some have been calling for independence from Castle Point borough council, claiming they were being treated like “second class citizens”.

Aside from calls for independence, Canvey has in recent years welcomed members of the Orthodox Jewish community that have been priced out of London. Many have come from Stamford Hill where some had family ties stretching back as far as the 19th century, while others had arrived during the Second World War after fleeing the holocaust.

There was a fascinating BBC documentary – Canvey Island: the Promised Land – following members of the community in there move to Canvey. Special shops and schools were opened, while synagogues needed to be in walking distance of people’s homes as they are not allowed to drive on the Sabbath. One of Canvey’s existing residents was quoted as saying the new arrivals “wore funny clothes” which could be “considered fancy dress”. But others made efforts to integrate, culminating in a meal bringing together people from different backgrounds at the Oyster Fleet Hotel.

Canvey is a shadow of its former self as a place that people go to for their summer holidays. The visitors that were lost in the 1970s when cheap overseas packages grew in popularity have never returned in the numbers they did in the first half of the 20th century. But it’s still a great place to go for a different day trip from London. 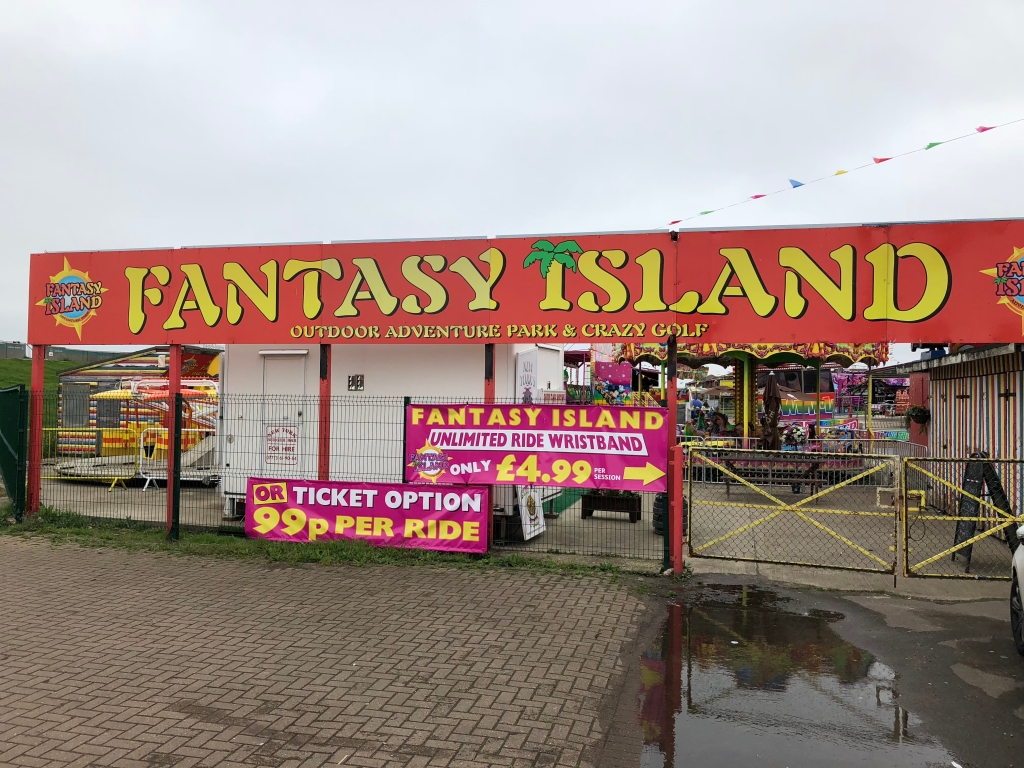 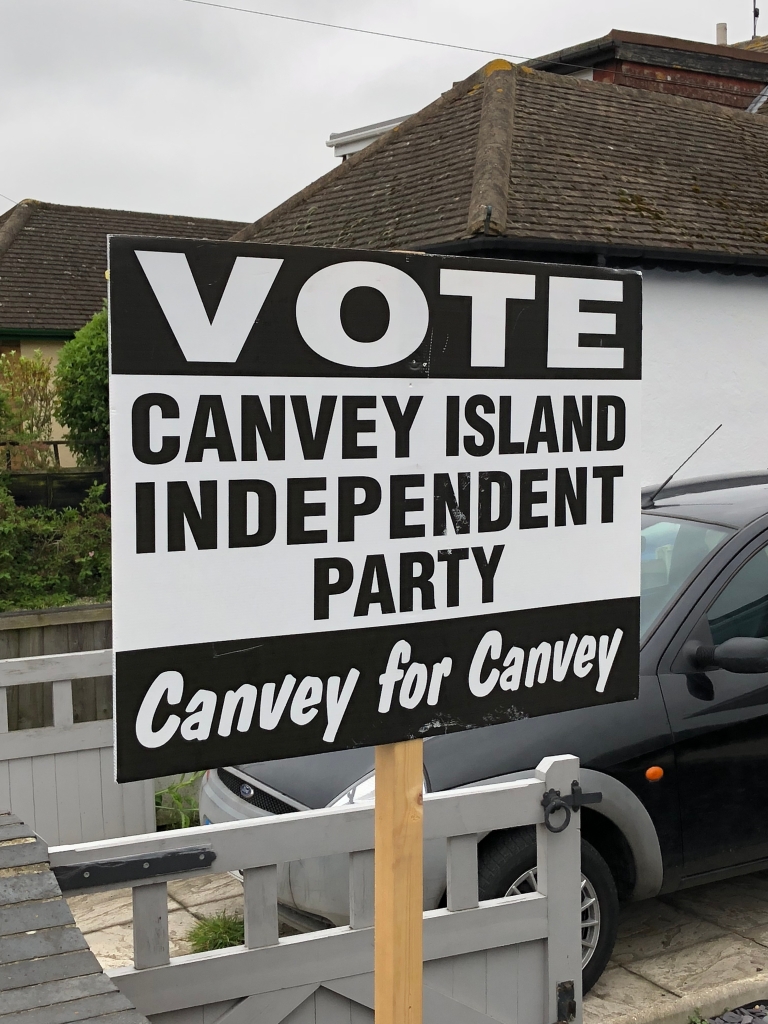