Head to Boston’s Hanover Street at the weekend and you’ll encounter long queues outside many of the cafes, restaurants and bakeries. This the heart of the city’s Little Italy, a vibrant quarter – bigger than New York’s version – that is popular with Bostonians and visitors alike. But […]

Throw the tea into the sea! At Griffin’s Wharf in Boston Harbour emotions were running high as angry rebels marched on to the Beaver and launched tea crates into the water. With each valuable chest thrown over the side of the whaler there was a cheer from the […]

“His situation is very pleasant, being a Peninsula, hemmed in on the South-side with the Bay of Roxberry, on the north side with Charles-River, the Marshes on the back side being not a quarter of a mile over; so that a little fencing will secure their cattle from […]

“Who is this Donald Trump? I’ve not heard of him.” There can’t be many in the US today that haven’t heard of their President, but in Plymouth Colony the residents seem to be confused. Exploring this dusty Massachusetts village, with a row of single-room thatched family homes built […] 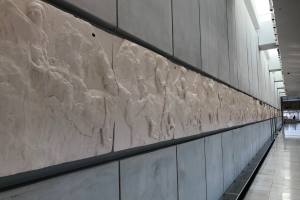 Vacant spaces in the Acropolis Museum: Greece’s hope for the Elgin Marbles return

When Athens’s shiny new Acropolis Museum opened a decade ago visitors could see the sculptured decorations of the Parthenon on display in their entirely for the first time since the 19th century. The frieze – which depicts some 360 human and divine figures and more than 250 animals […] 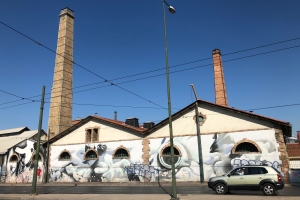 Athens means luxury…No future…Survival guide. These are the depressing sounding titles of a stack of books weighing down a miserable looking boy contemplating the realities of life. For the city that gave birth to modern democracy – the subject of another volume he sits on – things should […] 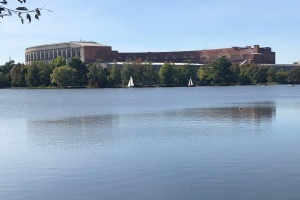 The podium on the outskirts of Nuremberg where Adolf Hitler addressed thousands at rallies in the 1930s remains intact. Clamber up the Zepplin Grandstand and you can see the very spot where the Nazi leader presided over an array of parades, military demonstrations, lavish productions and other events […]

London is a photogenic city to capture given iconic buildings like the Houses of Parliament, St Paul’s Cathedral and the Tower of London. I am by no means a professional photographer, but when it’s sunny I enjoy heading down to the Thames to take snaps of structures – […]

When I was in New York last year and stopped at Trinity Church – just a stone’s throw from Wall Street – most visitors only seemed to have one thing they wanted to see. It wasn’t inside the building itself, but a grave at side of the churchyard […] 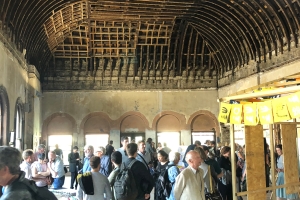 Looking down a nondescript alley off Rye Lane it’s hard to believe this is the proposed start of “a new linear park” which will “reconnect Peckham’s neighbourhoods”. It’s here, behind Ali’s fruit and vegetable stall, that stairs and a ramp will lead to the Peckham Coal Line – […]