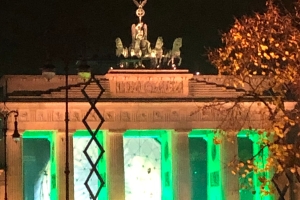 During the years of communist dictatorship in East Germany, the government headquarters, foreign ministry, and the headquarters of the Socialist Unity Party (SED) were all located in the vicinity of Schlossplatz in East Berlin. As official celebrations were held on October 7th 1989 to mark the 40th anniversary […] 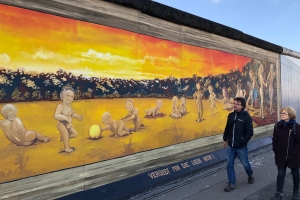 The East Side Gallery in one of the most famous sights in Germany’s capital. Painted on a mile-long stretch of sections of the former Berlin Wall are colourful murals by 118 artists from 21 countries. Planning for the East Side Gallery started just a week after the Wall […] 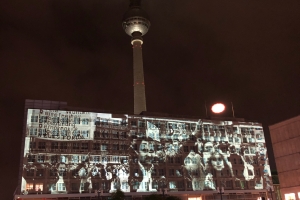 For the past week 30,000 messages, written on colourful streamers by Berliners and others from around the world with their memories of the fall of the Berlin Wall and their hopes for the future, have floated in the air near Brandenburg Gate in the German capital. Last night, […]