Clambering up the 45 metre tower at Manaca Iznaga – where the wooden staircases creak in the wind – you are rewarded with a wonderful view. From the top platform, the open Valle de los Ingenios seems to stretch for miles.

Today, many families live in this area not far from Trinidad (just a few hours by bus from my previous stop in Santa Clara) in single-storey shacks where I found residents outside cooking, doing washing and playing games with their children. They work in agricultural or serve the passing tourists in small cafes, but compared to elsewhere it’s peaceful in these parts. 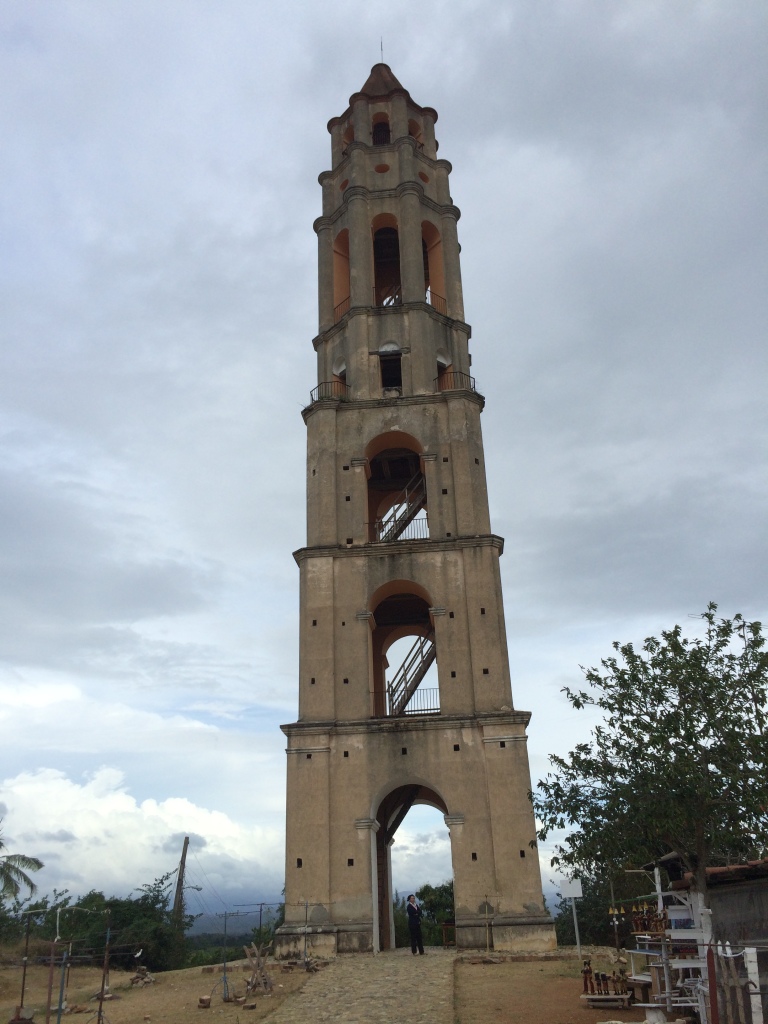 The relative tranquillity of the valley today stands in contrast however to the busyness that would have been witnessed here in the past. Until the late 19th century, this was the centre of Cuba’s extremely lucrative sugar cane industry. Times have changed and the most refineries have closed, leaving just a scattering of former industrial buildings across the pastoral fields.

But perhaps the most shocking fact about the sugar trade was that about one million slaves from Africa were used in the plantations across Cuba. There weren’t locals to satisfy the demand of the industry and so middle men developed a lucrative business enslaving Africans and shipping them against their will to the Caribbean. The trade in human cargo really started in the 1520s, before peaking in the 19th century when Africans were brought over on a colossal scale.

The tower I went up was used to watch over slaves working in terrible conditions. Nearby old railway tracks – still used for a steam service linking Trinidad – were used to transport the harvested sugar. And the imposing colonial mansion (Casa Hacienda) which now serves tourists with refreshments was once the home of wealthy plantation owners, the Iznaga family.

While rich sugar planters in the valley wanted homes on their estates, they actually often spent more time in Trinidad (a mere 10 miles away). The town expanded on the profits of the trade which grew quickly from the mid-1700s, before peaking in the 1830s and 1840s. Most mills were then destroyed during the War of Independence and sugar production shifted to other regions in Cuba.

Thankfully for tourists little has changed in this picturesque town, which boasts cobbled streets, colourful houses and horses pulling carts laden with deliveries. The centre piece of the town is the beautiful Plaza Mayor – which has fenced off gardens with palm trees and quiet places to sit – you find the vast colonial era mansions (including the one that belonged to the Iznaga family) of the then elite still standing.

While sugar production had been taking place in Cuba for some time, it was the 1781 slave rebellion in neighbouring Haiti that helped put Trinidad on the map. French refugees brought superior sugar production skills and set up around 50 refineries in the Valle de los Ingenios. The wealth generated from the industry poured into building a fine colonial settlement in Trinidad, for a long time a small rural backwater.

But the sugar-influenced boom didn’t last as many plantations were destroyed during the Independence Wars in the latter part of the 19th century. Once peace returned to Cuba the focus of the sugar trade largely moved elsewhere on the island.

Today, tourism is the main industry for Trinidad. Visitors come to enjoy a friendly town – where it seems that wherever you turn there are bands plays playing traditional Cuban music and people are dancing salsa. Every square in Trinidad is a stage for performers to entertain alfresco style.

It is a town that is quite literally frozen in time from when the sugar boom collapsed. During the colonial era the sugar barons all tried to outdo each other by building extra storeys on their homes. These fancy constructions sit well alongside the more ordinary homes from the period, most retaining shuttered porticoes. It’s no surprise Unesco has declared the oldest part of the town a World Heritage site. 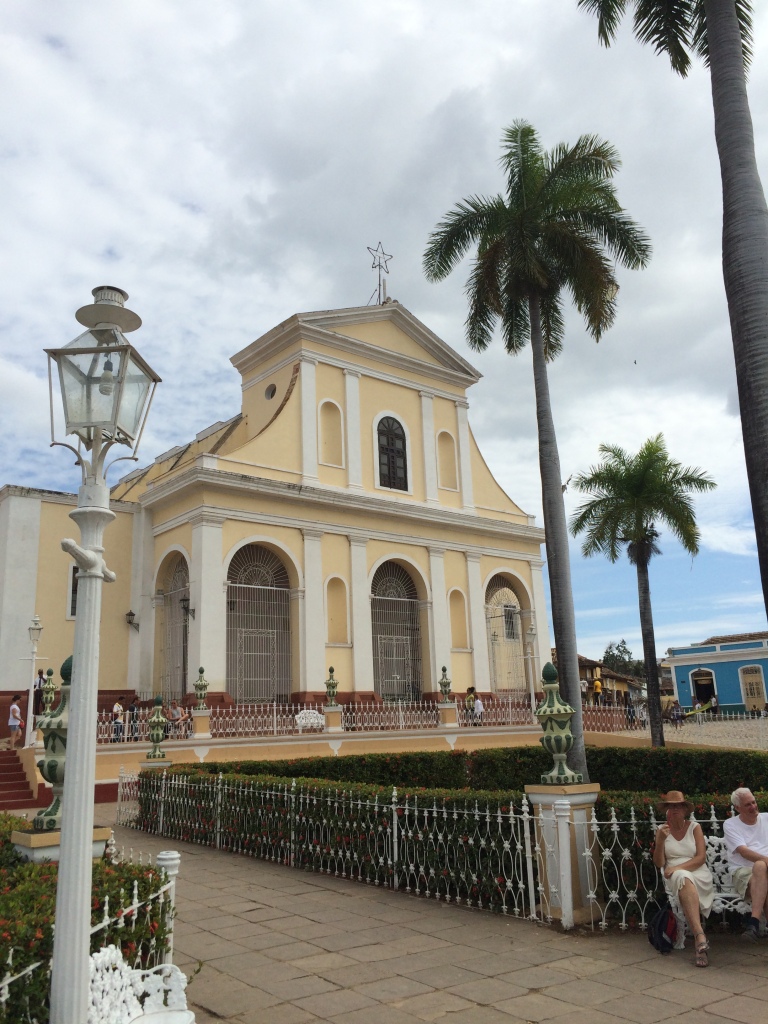 There are museums (of varying degrees of interest) aplenty – many are housed in the former mansions of sugar planters and contain the Wedgwood China, French chandeliers and furniture their owners collected – in the town and street antique markets are also popular. The best is the Museo Historico Municipal which includes admission to one of the town’s two fine towers providing excellent views over the cobbled streets below. The mansion was once owned by a German – Dr Justo Cantero – who is said to have expanded his sugar estates by poisoning a slave trader and marrying his widow.

After a busy morning of sightseeing it’s nice to take a break on the open terrace of a restaurant. The best spot I found was at Vista Gourmet (serving excellent shredded beef) – which overlooks Trinidad’s red-tiled rooftops and also has wonderful views of mountains in the distance.

There is also a quirky nightclub – Disco Ayala – on the edge of Trinidad which is set in a network of caves. I enjoyed the dance floor in the vast cathedral-like cavern which the venue skilfully illuminates with coloured lights.

Trinidad is a great place for tourists, with a fantastic array of attractions and friendly people who largely don’t hassle visitors. But in amongst the bars, cafes and public squares, the ghosts of the sugar trade – and the use of slaves at Valle de Los Ingenios – remain.

Tomorrow: I continue my journey through Cuba, taking in the inspiring towns of Cienfuegos and Vinales.

Tagged as: Cuba On The Cusp, Manaca Iznaga, Trindidad