When antique shops don’t display their prices in the window, you know the individual items on sale inside aren’t going to come cheap. Welcome to Chelsea, the fashionable suburb where the now famous Chelsea Bun was first produced in the 17th century, and an area that is today known for its upmarket stores and celebrity residents.

Get away from the busy King’s Road and you find yourself walking through quiet streets with charming cottages and attractive terraces. Well-known actors, artists, writers, politicians and sport stars, have all made their homes here over the years. Keep your eyes peeled for blue plaques (some official, some not) on the side of properties; it’s like walking through a who’s who of those who have appeared on both stage and screen.

Before the urban sprawl brought about by the building of neighbouring Belgravia in the 19th century, Chelsea was pretty much surrounded by water, an island cut-off from the rest of London. Leigh Hunt, the poet and publisher, considered the “air of the neighbouring river is so refreshing”. And in the years that followed lived here everyone from the Victorian philosopher Thomas Carlyle – whose home in Chelsea is preserved by the National Trust – Oscar Wilde and artist James Whistler to actors such as Judy Garland and Laurence Olivier.

The oldest surviving house in Chelsea is now used as a children’s nursery, but the area’a fascinating history goes back much further than that. Deriving probably from the word ‘Celchyth’ (‘chalk wharf’), there was a village here since at least the 9th century. 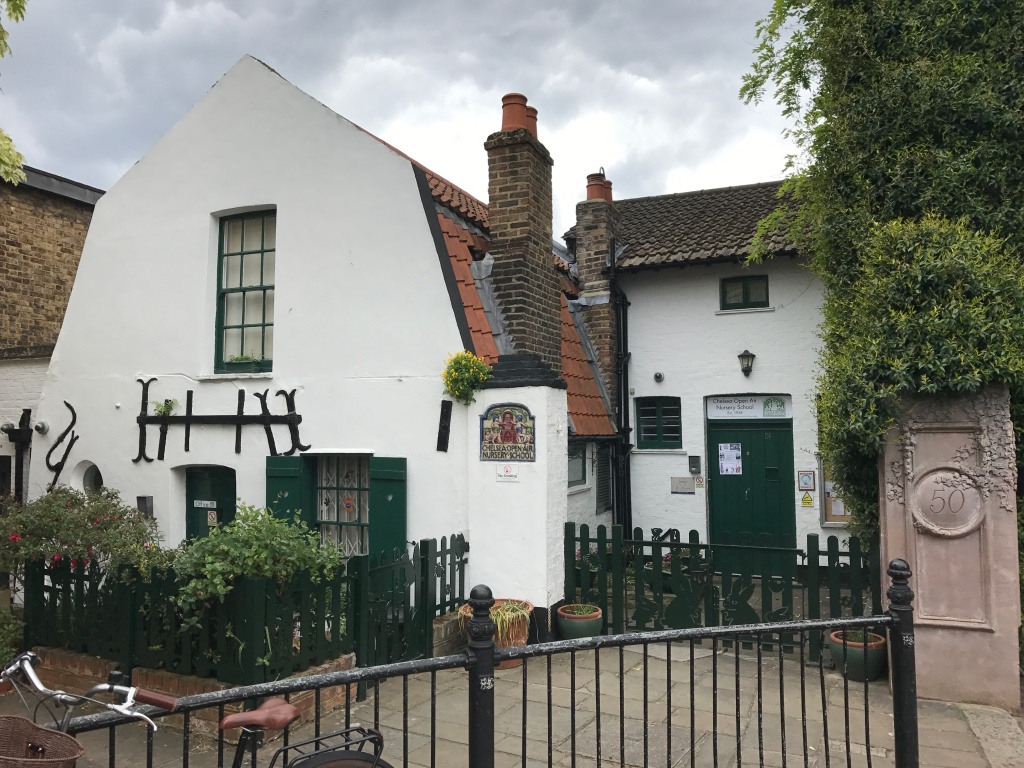 Fishing became an extremely important trade for Chelsea where “salmon, trout, pike, carp, roach, dace, perch, chub, barbell, smelt, gudgeon and of flounders there are numbers in this river, the roach and dace being sold to Jews for the purpose of making false pearls,” according to Thomas Faulkner in 1829.

But in the 16th century Chelsea became known as a village of summer palaces, with aristocracy and gentry, including Henry VIII’s Lord Chancellor Sir Thomas Moor, building homes here. The king built a retreat in 1536 and declared himself Lord of the Manor. His house was largely demolished in the 1780s, but mulberry trees and traces of brickwork from the 16th century are said to remain. 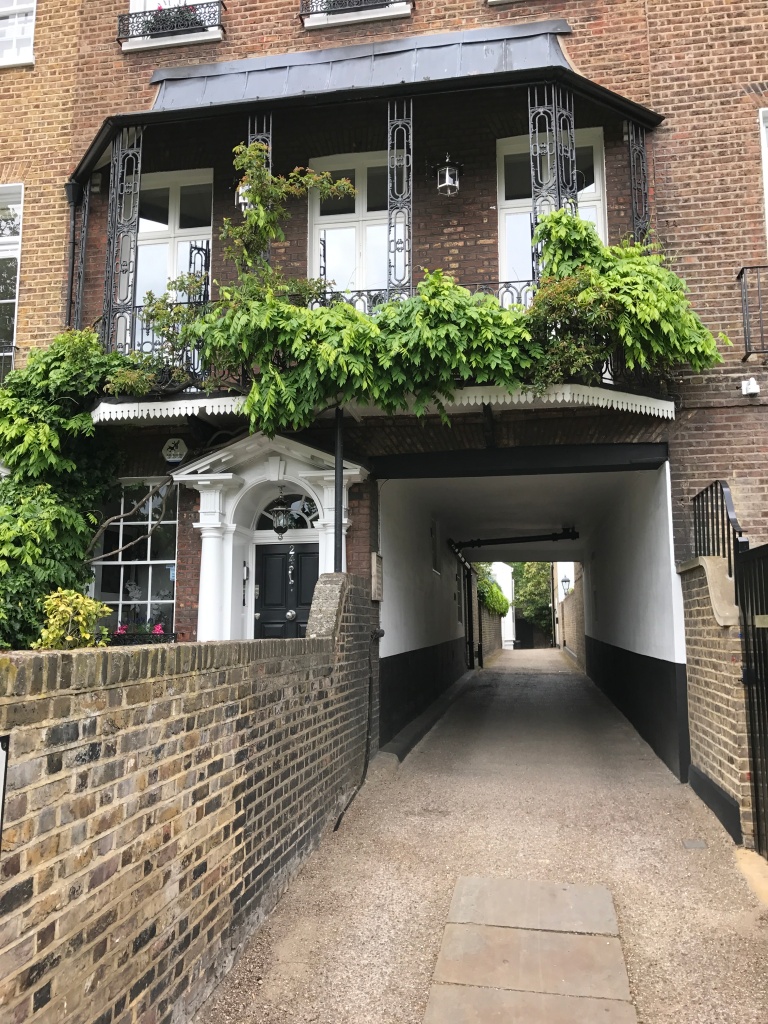 Quiet spot where Henry VIII’s retreat once would have stood

Henry VIII had wanted the house and Manor to go his queen Jane Seymour, but she died in 1537, just nine days after giving birth to future king, Edward VI. And so he subsequently granted it to his last wife, Katherine Parr, in 1543 as a wedding present. The house would have been in the quiet spot which can be accessed through an alleyway off Cheyne Walk. On this stretch, not far from Henry VIII’s property, lived the former England football manager Terry Venables before he moved to Spain to build a country hotel.

Further along Cheyne Walk was the manor house of the aforementioned Sir Thomas Moor. He was appointed Lord Chancellor, a prime minister in the modern sense, in 1529 following the dismissal of Cardinal Wolsey, but he himself resigned three years later when Henry VIII split from Rome and declared himself head of the church. More had hoped to live a quiet life here, however was sent to the Tower of London for execution in 1534. He is commemorated by a seated statue outside the neighbouring Chelsea Old Church, which is believed to have Saxon origins. 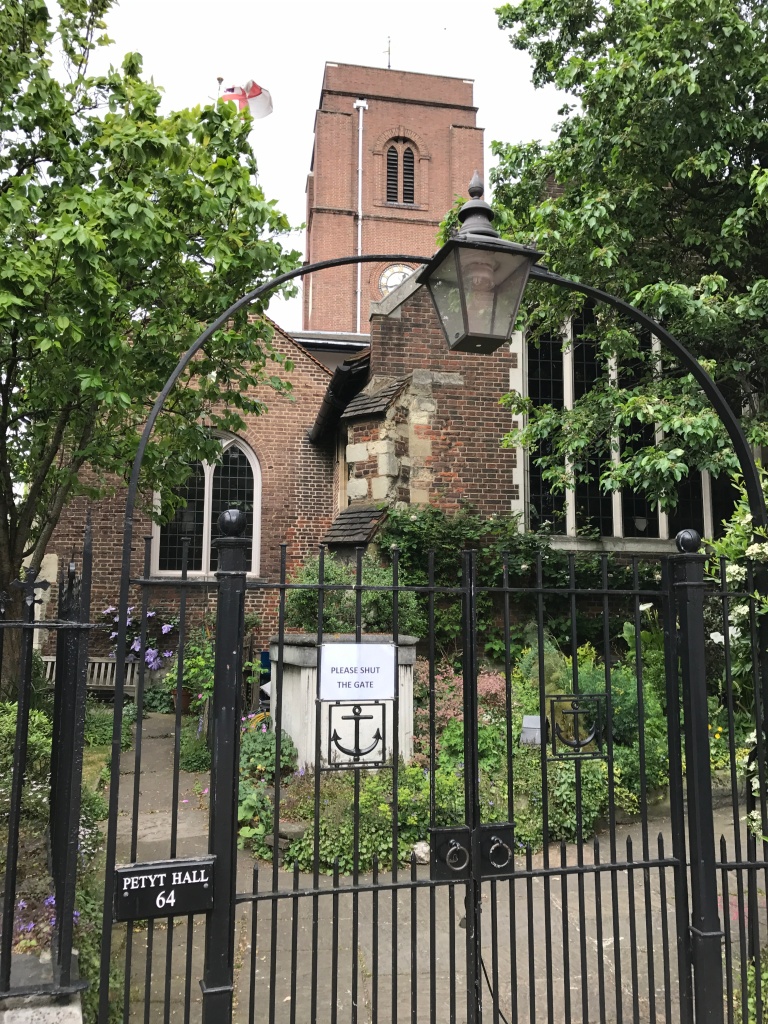 It was during the Restoration period in the late 17th century that the King’s Road was built as a private route linking Hampton Court to Westminster; until the 1830s only those with a special stamp could use it. Charles II, who as I described in my post last week founded nearby Royal Hospital Chelsea, frequently used it to visit his girlfriend Nell Gwynn and then get back to his palace without being detected by his wife.

Sir Hans Sloane, who extensive collections helped found both the British and Natural History museums, bought the Manor of Chelsea in 1712. Upon his death in 1753 the estate passed to his daughter Elizabeth and, given she had married a Charles Cadogan, it subsequently became known as the Cadogan Estate, its current name. It remains a major landowner, holding the freeholds of both residential and commercial properties to this day.

Development of the Cadogan Estate began in the 1770s when Henry Holland leased 89 acres of fields between the King’s Road and Knightsbridge to build a development called ‘Hans Town’. The scheme included laying out Sloane Square, Sloane Street and Hans Place, and offered plain brick terraced houses for people of moderate means.

Most of the original Hans Town houses built in Georgian times have now gone; by the 19th century they were falling into disrepair and the 5th Earl Cadogan launched a major re-development scheme. With the building of neighbouring Belgravia on reclaimed land from 1828 and the subsequent opening of Sloane Square station, the area became an attractive place to live. From 1877 the Cadogan and Hans Place Estate Co embarked on developments such as Pont Street and Cadogan Square, featuring largely red brick rather than stucco.

When the King’s Road was finally opened up to the public in the 19th century, attractive residential homes and shops were built along this stretch. Fast-forward to 1955 and what is regarded as the country’s first boutique, Mary Quant’s Baazar, opened. And with other fashion businesses setting up here, it became very hip in the 1960s, with pubs and nightclubs all serving the bohemian crowd. Then in the 1970s British punk rock was established in clothes shops on the King’s Road.

The hipsters by and large went elsewhere in the decades that followed, to places like Camden Town and Brixton. But although some chain stores have opened along King’s Road and the surrounding area they haven’t completely taken over thanks to careful planning by the freeholder, the Cadogan Estate. Yes, the cafes, restaurants and antique shops in Chelsea can be expensive, however there are many unique businesses here. 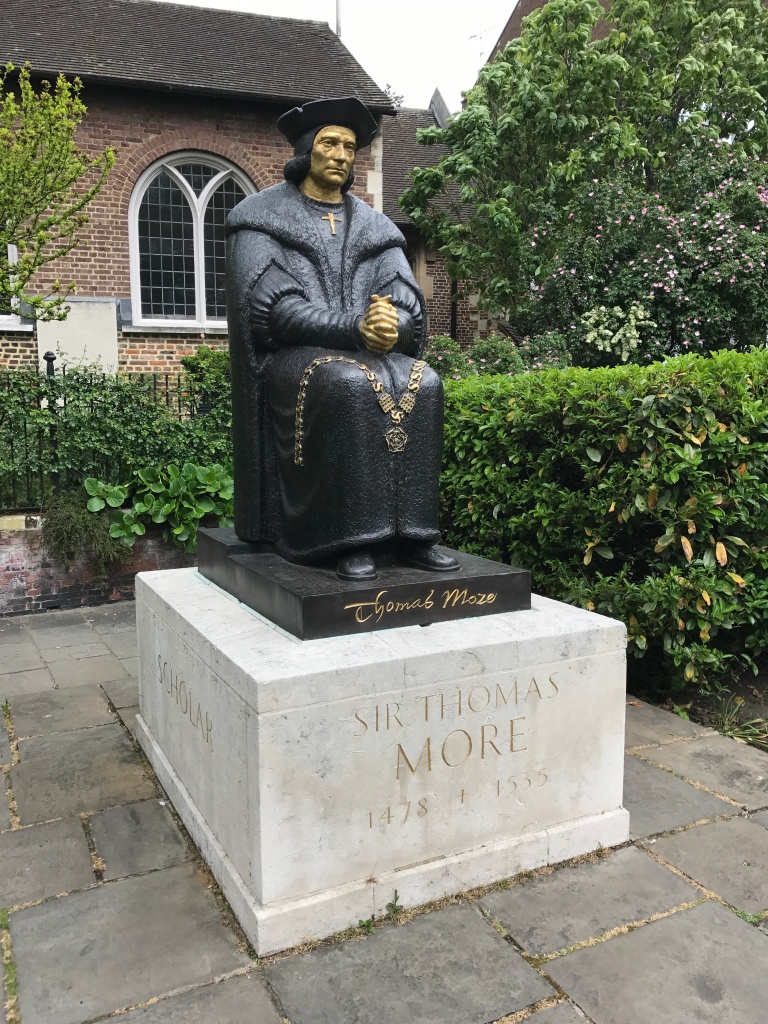