Trying to get a good photo of the front of 575 Wandsworth Road is somewhat difficult. The Georgian terraced property is pretty much covered with trees and bushes, so you can only really get a close-up shot of the plain-looking white painted front door.

Hidden away from the busy road connecting Vauxhall and Clapham Junction, this is just how Khadambi Asalache wanted it to be for his home. The green camouflage almost acts as protective layer for the work of art the Kenyan-born novelist, poet and civil servant created inside. 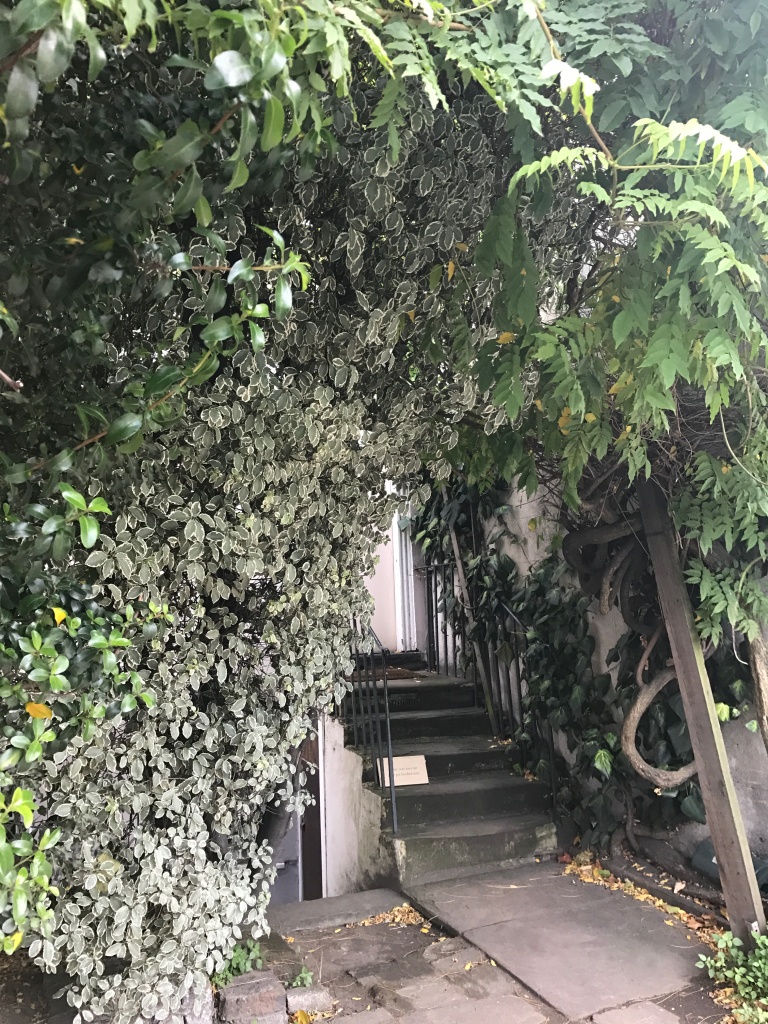 Over the course of two decades, between 1986 and 2005, Khadambi transformed virtually every room of his three-storey home. Fretworks patterns and motifs, hand-carved on reclaimed wood, cover the walls and ceilings, while intricate, colourful designs were painted on the wooden floor boards. The considerable time it must have taken to create this masterpiece is obvious.

Khadambi died in 2006, just a year after he declared his home to be finished. It as just as he left it, with his tinned foods in the kitchen cupboard and even toothbrush in the holder above the sink in the bathroom.

But his hard-work hasn’t been lost as he left the property to the National Trust. Groups of just six people are now taken on tours, which are strictly limited through the year to help conserve the house for future generations. Visitors must remove their shoes and leave bags under the dining room table, such is the fragile state of some of the interiors, whilst they explore the property.

In Khadambi’s will was the stipulation that visitors weren’t to be allowed to take photos. He wanted people to be able to enjoy first-hand the art he created, rather than see it through the lens of a camera (he followed the same rule when on holiday). While this has meant I don’t have a series of colourful photos to help illustrate this post, it did encourage me to look at things in closer details during my visit.

That Khadambi was a keen traveller really shows; travel books line the shelves that he built and there are Africa and Islamic influences in his designs (walking into a number of the rooms feels like entering the Alhambra or Cordoba’s famed Great Mosque in southern Spain). His work in Wandsworth Road was influenced by three distinct cultures: traditional African houses, Moorish architecture in Andalusia and Ottoman architecture.

Paintings capture places that he would have visited, such as Zanzibar and the Nile. Some of the many objects that fill the house would have been picked up on Khadambi’s travels, but other items would have been sourced from junk shops in London itself.

Born in rural Kenya in the 1930s (the exact date is not clear), Khadambi read architecture in Nairobi before moving to Europe (Rome, Geneva and Vienna) to study fine art. When he made London his home in the 1960s he turned his attention to building up his literary career – first publishing an acclaimed novel called A Calabash of Life (1967). His second novel, which was broadcast on the BBC Africa Service, and a volume of poetry followed.

In the 1970s he opted to enter the civil service, working in a number of offices including the Cabinet Office and the Treasury. But Khadambi wasn’t done with studying; while holding a full-time job he gained an MPhil with distinction in the Philosophy of Mathematics. Given his previous studies in architecture and fine art, he was clearly a talented man. But he was also a very private person and there are gaps in what we know about him.

Khadambi bought the house in Wandsworth Road in 1981 while he was working in Westminster and would have been able to take a direct bus to his office from the stop across the road. After work and at weekends, he worked tirelessly away to created his masterpiece.

When Khadambi acquired the house, it would have been in need of some attention. Squatters had been living in it and a animals, including a horse, pig and chickens, had been kept in the compact garden out the back.

Khadambi started work on the lower ground floor out of necessity. When damp was found his solution was to buy some boards, which he carved fretwork on to cover it up (the National Trust has since spent considerable sums of money on this putting it right). And from there, he worked his way up through the rooms on the two floors above.

Visiting 575 Wandsworth Road is an absolute joy thanks to Khadambi’s attention to detail. Virtually everywhere you look there is a wonderful pattern to take in. But its the little touches that make it really special; the smiley faces cut in the fretworks, the small wooden dog kennel (complete with step) he built for his partner’s pet and the prototype wooden handbag on the floor in the bedroom. What an experience it must have been to go round to Khadambi’s house for a dinner party when he was alive. 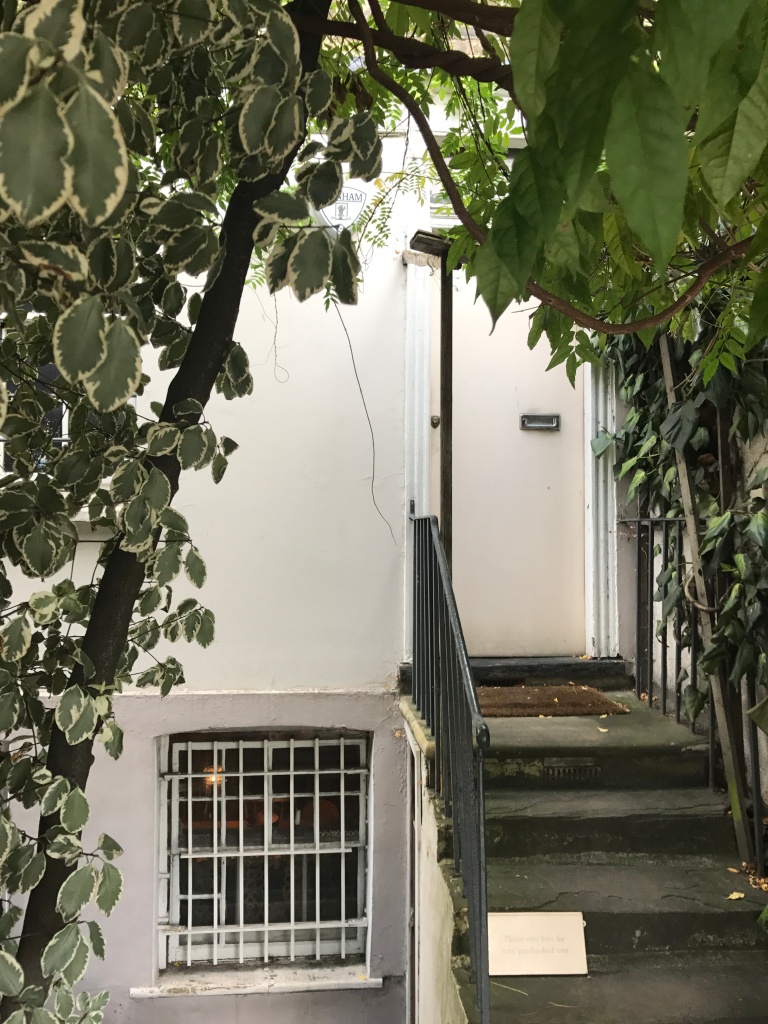