When the social researcher Henry Mayhew reported on Spitalfields in 1849, the living conditions that he discovered in some people’s homes was shocking. In one weavers’ house in the East London neighbourhood he found “spread a bed, on which lay four…. boys, two with their heads in one direction and two in the other…. covered… with old sacks and coats.” And he added: “Beside the bed of the old man was a mattress on the ground without any covering, and the tick positively chocolate-coloured with dirt.”

At its height of prosperity in the 18th century the Spitalfields weaving trade made the people at the top of the pyramid – the master weavers – very wealthy. But as I wrote in my last blog, even at this time of enormous success when the neighbourhood’s floral silk designs were appreciated far and wide, many workers at the bottom of the pile lived a precarious life. Things however deteoriated and yet more people in Spitalfields were brought into poverty over the course of the 19th century as work dried up.

The ‘Golden Ages’ of silk weaving for Spitalfields occurred roughly between 1690 and 1760 and then again 1800 from 1820. The 1840 House of Commons Commission, which was set-up to study working conditions in the trade, found that although there were still 17,000 looms in operation in Spitalfields at the end of the 1830s, unemployment was high. By 1849 Mayhew found that it was a struggle for survival, with one weaver telling him “the workmen are obliged to take the low prices because they have not the means to hold out, and they know that if they don’t take work others will… people are [now] compelled to do double the quantity of work they used to do, in order to live.”

For the weavers a free trade treaty with France in 1860 was the final straw for the Spitalfield’s silk trade as it brought with it cheap imports. The Illustrated London News presented a snapshot of Spitalfields in 1863: “Poor, suffering, nearly starved, and living in a house which shares with the rest the evils of bad or no drainage and insufficient water supply, his business requires at least some of personal cleanliness, or the delicate fabrics on which he is employed could never come out unsullied from the touch of coarser hands.”

From its outset as a new neighbourhood, Spitalfields was a place of protest. In 1675 weavers in the surrounding area rioted for four days against new engine looms being introduced which apparently “one man can do as much…. as nearly twenty without them.” Others protests in the 17th century were about cheap imports, including an incident whereby Spitalfields workers stormed East India House in 1699.

The government had banned the importing of dyed and printed cloth in 1670, but it did not stop goods being smuggled in over the years. Half a century of prosperity for the Spitalfields silk industry ended in 1760s when labour disputes became extremely heated and violence broke-out in the neighbourhood, resulting in a number of fatalities. Journeymen weavers were said to be paid less than those working in other trades.

The Gentleman’s Magazine reported on one incident in 1763 in which cutters destroyed the looms of a master weaver:

“Several thousand journeymen assembled in Spitalfields weavers and, in a riotous manner and broke open the house of one of their masters, destroyed his looms, and cut a great quantity of silk into pieces, after which they placed his effigy in a cart, with a halter about his neck, an executioner on one side and a coffin on the other; and after drawing it through the streets, they hanged it on a gibbet, then burned it to ashes and afterwards dispersed.”

An Act was passed in 1768 making it punishable by death to break into a house or shop with the deliberate intention of damaging or destroying silk goods, but it by no means stopped the protests in Spitalfields. The weavers, known as the ‘cutters’, were not deterred. They threatened master weavers with death if they did not comply with the rioters’ demands. In 1769 troops opened fire on journeymen who were plotting at the Dolphin Pub in Spitalfields, killing two. Two of the ringleaders were hung outside the Salmon and Ball pub in modern Cambridge Heath Road as a warning to others.

As a consequence of the protests through the 1760s, the Spitalfield Weavers’ Act was passed in 1773 which guaranteed wages for weavers and restricted the number of workers that could enter the industry. The legislation made it illegal for master weavers to pay more or workers to accept less than the rates set by the Lord Mayor, Recorder and aldermen. Further Acts were passed in subsequent years to make the trade more protective.

Regulation for the better?

While weavers may have celebrated the passing of the Spitalfields Acts from 1773, some have suggested the introduction of the legislation ultimately represented the beginning of the end for the neighbourhood. Some said it slowed the death of the Spialfields trade and they called for the measures to be applied to the country as a whole. But others had very different views.

Journeymen were not able to accept lower wages and so when times were hard for the trade they were left with nothing – rather than being able to accept at least some payment – and consequently out of work weavers were found starving.

By the 1790s some master weavers were starting to abandon their homes in the once fashionable streets of Spitalfields, very aware that they could get around the restrictive local rules by moving to other parts of the country. Houses in the likes of Elder Street and Fournier Street, for example, are recorded as becoming workshops or divided into flats for market porters or labourers.

Many of those who were against the Acts united behind theories put forward by Adam Smith, published from 1776, as an argument for repealing the legislation. This eventually came in 1824, but reports of people living in destitution continued and some would argue conditions actually worsened. Strikes continued through this period and there was a rise in groups of workers forming combinations.

There were Hugenot families who had made their fortunes from the Spitalfields weaving trade who wanted to do something for the poor. For example George Fournier, remembered by Fournier Street, left a sizeable bequest to help the local people.

Some believed that the silk weaving trade had declined in the East End because worked people weren’t represented in parliament. Mayhew in fact reported in an 1849 publication that he encountered Chartists in an East End pub who were calling for the vote to be widened.

David Bartlett visited Spitalfields in 1852 and found that in “street after street” there was “nothing but the most disgusting, the most beseeching poverty.” He added: “There are thousands of men and women there who never have known what plenty is, what pure joy is, but are herded together, thieves, prostitutes, robbers and working-men, in frightful masses. You meet beggars at every step; at night the streets are crowded with wretched women.”

The journalist William Blanchard Jerrold’s 1863 account of the area described passing “the dreary homes of the weavers” and said their “looms may go for firewood.” He added: “At the corner of Brick Lane there was a monument of local distress – the deserted houses of the weavers; the broad windows cracked and broken; the doors nailed up, the rusty shutters closed!” Jerrold remembered the “time when the quaint weavers of Spitalfields were a most happy and reputable race. But poverty befell the little streets where the weavers threw the shuttle.”

After the Napoleonic wars, duties on imports to Britain were reduced as an attempt to to stabilise the French economy. The big killer for the Spitalfields industry came in 1860 when a treaty was signed with France, allowing silks to enter the country at lower costs than those made locally. Thomas Archer, writing in the mid-1860s, noted the impact: “Unfortunately the cheapness of French and German silk and velvet which is now exported free of duty, and the operation of the country factories as well as those of the large towns, have combined to reduce the London weavers to a very deplorable condition.”

Charles Booth, the social reformer reported that by the late 19th century “the area’s once dominant French community was but a distant memory, its members having been assimilated or obliged to leave Spitalfields when its demise became general.” And by that by time another “distant memory,” he said “certainly in its poorest enclaves – was the once ubiquitous silk industry.”

When a book by A. K. Sabin called The Silk Weavers of Spitalfields and Bethnal Green was published in 1931 it reported the only survivors of the old industry were ‘a scattered group of eleven [weavers] only, and these eleven all elderly persons, who will leave no successors to carry on on the tradition of Spitalfields silk weaving, when at length they cease to toil at their looms.” It was the end for the once prosperous skilled silk weaving trade in the neighbourhood.

Next week: My series on Spitalfields continues, with a look at what was the “Worst Street in London” 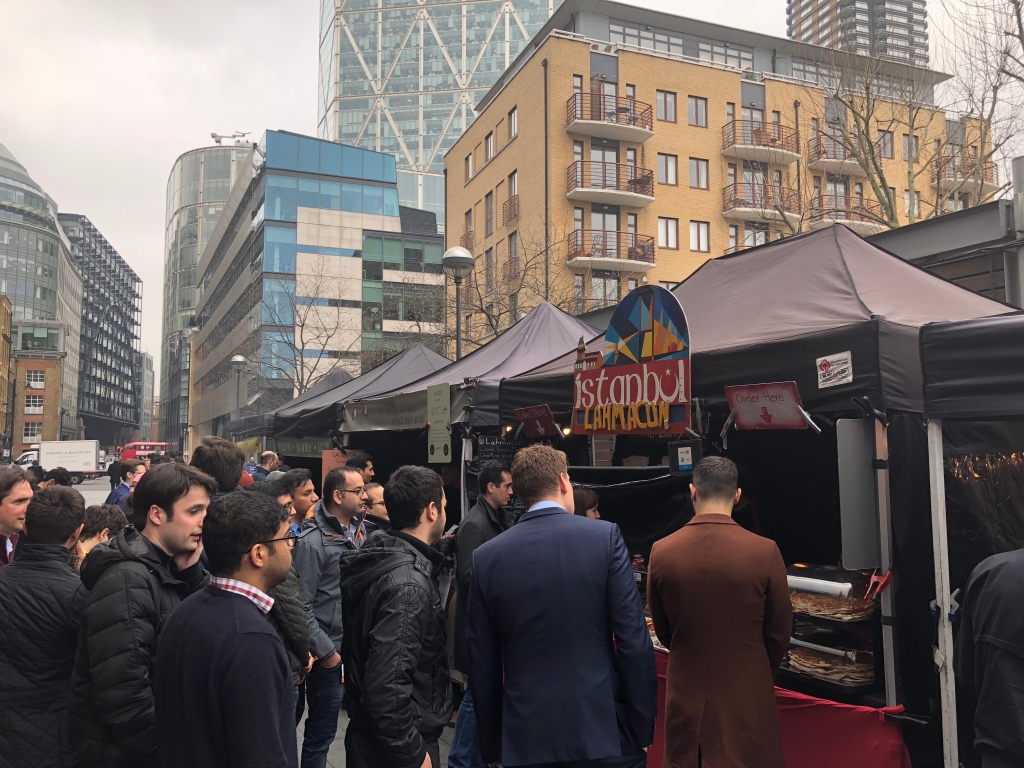