As far as London guide books go, Harris’s List of Covent Garden Ladies has to be one of the more usual. While most focus on popular tourist attractions such as St Paul’s Cathedral, London Zoo and the Science Museum, this one takes a different subject altogether. It was […]

Marking Marx: How a radical dreamer and an industrialist created the communist world

“I’m going to drink a pint in every pub on Tottenham Court Road,” said Karl Marx, eyeing up the 18 establishments he would visit on his night out. With his friend and double act Friedrich Engels, they got blindingly drunk, stealing a gate from a local church and […] 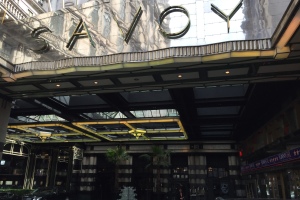 It’s Sunday, a little after the midday, and people are flocking through the revolving front doors of the Savoy Hotel for afternoon tea. The distant sounds of piano music can be heard as they pass through the fine, wood-panelled lobby, with chequered black and white marble floor tiles […] 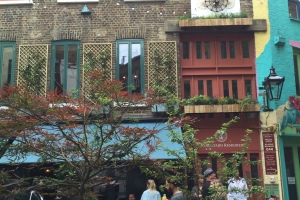 Open fields is probably the last thing you would expect to find in central London today. An area as developed as Seven Dials, just north of Covent Garden, is as typical as anywhere in the West End with upmarket boutiques and fine dining fighting to make use of […] 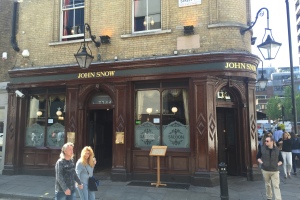 The John Snow in Soho is like many other pubs in central London with people drinking knee deep on the pavement outside when the weather is good. Inside there is little that makes this establishment any different from many others in and around the city. Serving a good […]

If a proposed scheme had gone the way a group of businessmen had wanted 170 years ago, there wouldn’t be a Regent’s Canal today. The eight and a half mile stretch of water between Little Venice, near Paddington, and Limehouse Basin would have been drained and converted to […]

From seedy sex shops to boutique hotels in Soho

I’m drinking a well-brewed latte in a new plush London hotel. Not that much of a usual event given the number of such luxurious establishments in our capital you might say; from the Dorchester in Mayfair to the Mandarin Oriental in Hyde Park they are stayed in and […]

Walking into Dolphin Square in Pimlico feels like entering a football stadium, except instead of rows of seats you are surrounded by apartments. In the centre, the pitch if you like, there are landscaped gardens with an ornamental fountains in a pond as a centre piece. Accommodation is […] 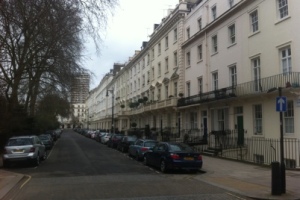 Look through the Evening Standard’s property pages and you’ll find that a riverside apartment in Pimlico does not come cheap. There are, for example, flats for sale at a development called Grosvenor Waterfront for upwards of £1m. And with the ways things are going, the new buildings springing […]