The practical jokes are planned and the rules are set for harsh pub drinking games. If you haven’t guessed it already I am indeed getting ready for a fun-filled array of night-time and day-time activities at a friend’s stag weekend. Preparing a bachelor for married life through a […]

The trading company that changed London and the world

London is a city that was built on overseas trade. Right from the establishment of Londinium by the Romans in 43AD, merchants came from far and wide to sell their wares. Later on, Medieval London prospered on the back of trade with the continent, with wine being imported […]

London’s Livery Companies, which today boast a membership of over 26,000, have played a big part in this weekend’s Celebrate the City festival. They’ve been selling their wares at a market outside Guildhall and many have also opened their doors to the public. But what, in the free […]

Celebrate the City? – we should be doing this every day

Usually deserted at the weekend, the City of London is alive today with activity. Stalls fill Guildhall yard and Cheapside. Livery companies have opened their doors so you can see their wonderful meeting halls, many of which are listed. And with impromptu concerts springing up both inside and […] 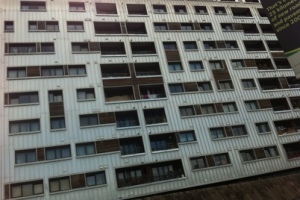 The many lives of Caledonian Road

“The next station is Caledonian Road,” is one of the announcements I hear every day as I trundle into work on the Piccadilly Line. Then a few minutes later the doors open so a few people can get out and others get on. And in no time at […]

Working as a journalist in Hull it wasn’t hard find to find bad news. With devastating floods, murders and large scale job losses some could say that the city was tainted. Yet from a selfish point of view, all of this meant there was usually plenty of choice […]

Sacrificing a river to make a metropolis

With a host of exhibitions, TV programmes and special events on right now, the Thames is the talk of London. And as the sole reason as to why London is what it is and where it is today, it is only proper that this important river gets the […]

Planning officials today would tell you exactly where to go if you offered them a rose as payment for building a footbridge across a public road without permission. But that’s exactly what was imposed when in 1381 Mrs Knollys was rebuked for creating a structure to connect her […]

The planned destruction of Deptford

Today it is one of the poorest parts of London with residents struggling to get by on low incomes, many shops look shabby, 70s tower blocks are ridden with crime and street drinking is an all too apparent problem. So it may surprise some that Deptford High Street […]

International Slavery Museum – a case study for a good museum

What is a museum? The answer to this may at first be obvious – surely it is simply a place where objects and artefacts from the past are preserved and put on show for the public to see. Originating from the Greek Mouseion, which denoted a place or […]