Journeying back to al-Andalus: When Cordoba was Europe’s most enlightened city

To understand the history of Cordoba in a nutshell it is only necessary to visit one building. The Mezquita is the oldest Islamic structure in Spain and one of the greatest ever built for the religion the world over. Intriguingly now housing its Christian cathedral, nestled inside this […] 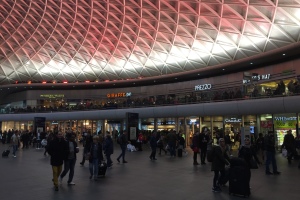 Mansions of misery: Visiting the Marshalsea prison’s dark past with Jerry White

When a committee of MPs investigating the state of the country’s gaol’s visited the Marshalsea debtor’s prison in Borough in 1729 the conditions they reported were appalling. Wards were “excessively Crowded, Thirty, Forty, nay Fifty Persons having been locked up in some of them not Sixteen Foot Square”. […] 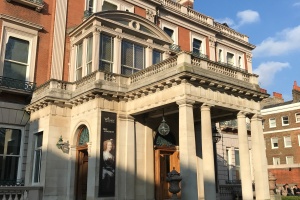 Oxford Street once boasted London’s best shops, but many would agree that it lost its way long ago. While it isn’t today struggling to pull in the crowds, the outlets on offer are far from imaginative – chain stores you could find anywhere, fast food joints and stalls […]

Popular press: the birth and re-birth of the Daily Mail

When the first copies of the Daily Mail hit the newsstands 120 years ago, prime minister Lord Salisbury dismissed the new newspaper as “run by office boys for office boys”. But it was an immediate success, selling nearly 400,000 copies on the first day and it soon would […]

On Diamond Street – Delving into Hatton Garden’s glittering past

If you live in London and have plenty of spare cash to buy a wedding or engagement ring, the wares on offer at Hatton Garden will not disappoint. Most of this street is lined with jewellery shops, with diamonds glistening in the window displays. It’s here many celebrities […]